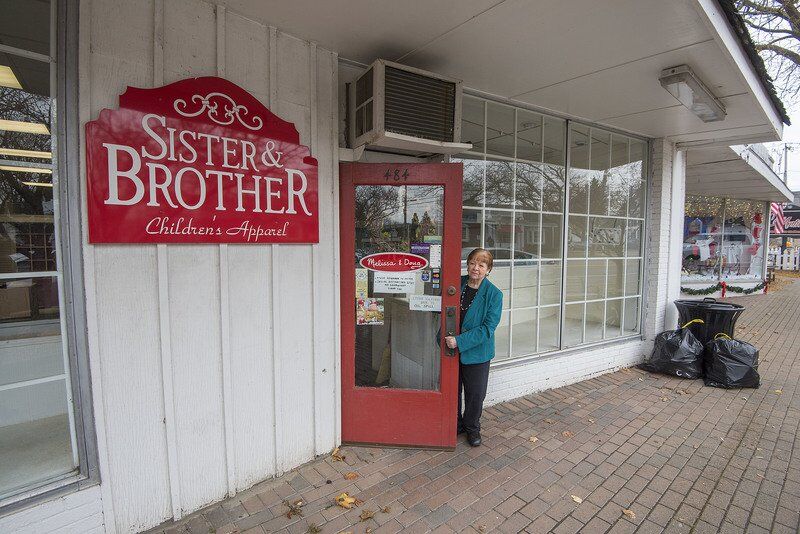 James Neiss/staff photographerAfter suffering a devastating fuel oil flood that destroyed her inventory as well as revenue loss due to the COVID-19 pandemic, Sister & Brother Children's Apparel owner Joanne Shaghoian is cutting her losses and has closed her business, a fixture on Center street since 1954. 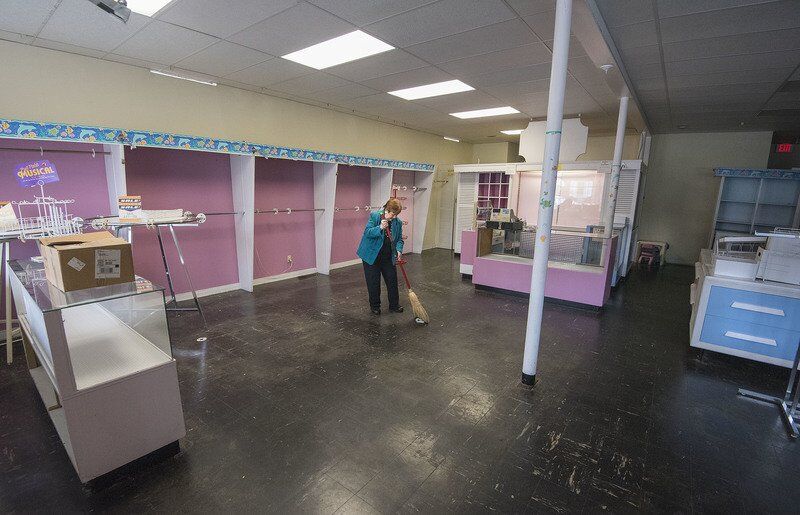 James Neiss/staff photographerAfter suffering a devastating fuel oil flood that destroyed her inventory as well as revenue loss due to the COVID-19 pandemic, Sister & Brother Children's Apparel owner Joanne Shaghoian is cutting her losses and has closed her business, a fixture on Center street since 1954.

LEWISTON — It’s the time of the year when people would ordinarily be packing into Joanne Shaghoian’s shop on Center Street in Lewiston.

For almost 67 years, beginning in 1954, Sister & Brother Children’s Apparel has been a part of the fabric of the village’s downtown business district. From one generation to the next, moms and dads, sisters and brothers would stop by to peruse and purchase the finest in infant and children’s wear and the best talking animals and plush toys to be found anywhere.

“I’ve owned it for 25 and a half years,” Shaghoian said. “And some of the kids who came in when I first got it, now they’ve come back with their own children to shop.”

But now that generational experience has come to an end. It was the combination of a worldwide pandemic and an oil leak, that led Shaghoian to decide that her time on Center Street was done.

A message on the business’ answering machine, holds out hope of a continuing enterprise. Shaghoian says not any more.

“It’s totally closed,” she told a reporter on Thanksgiving Eve. “They took everything away.”

Was she positive she didn’t want to re-open and keep delighting children and adults alike?

“Not at this time,” Shaghoian said. “I’m looking to go on with my life.”

Shaghoian came to Lewiston to do business after a career at Sears. She was the assistant manager of the Sears store at the Summit Park Mall, before taking a buy-out and purchasing Sister & Brother. Retail, she recalled, has been “my whole life really.”

After taking over the business, she set about making it “the best.”

There was even a table at the back of the shop, where children could play while their parents shopped.

Like other retailers, she was forced to shut down in March and April and May. When she was able to re-open, with limitations and a long list of health and safety guidelines, there were still challenges.

“The pandemic ruined (business),” Shaghoian said. “We were closed for four months and then all the summer events were cancelled this year. We had zero (events). They cancelled everything and those (events) brought in tons of people from all over.”

Without the garden walk, the art festival, the Peach Festival, and other events, things looked grim. And then came something else, that like a pandemic, no one could have predicted.

On Sept. 21, a contractor came by to fill a tank with oil to operate the store’s furnace through the Western New York winter.

“Somewhere between the tank and the furnace, there was a leak,” Shaghoian said.

“And it ruined everything in the store.,” Shaghoian said. “My whole inventory was ruined.”

She tried to clean up the mess. A professional cleaning contractor was brought in and ozone machines whirled inside the story, 24 hours a day, for six days.

It didn’t matter. Shaghoian said, “It did nothing for the smell.”

Shaghoian faced a painful choice. And she made it.

“Why should I put thousands back into this, when who knows what will happen (after a resurgence of COVID-19 infections in Western New York)?” Shaghoian said. “They may be closing businesses down again.”

Shaghoian says she’s not sure what she’ll do next. She joked that she’s been a bookkeeper and could go work with her daughter, an accountant.

And she holds out hope that someone else may come along who’d like to offer fine children’s clothes and toys. In the past, she says, she’s had offers for the business.

“Maybe some day someone will want to buy it and it will be back,” Shaghoian said.