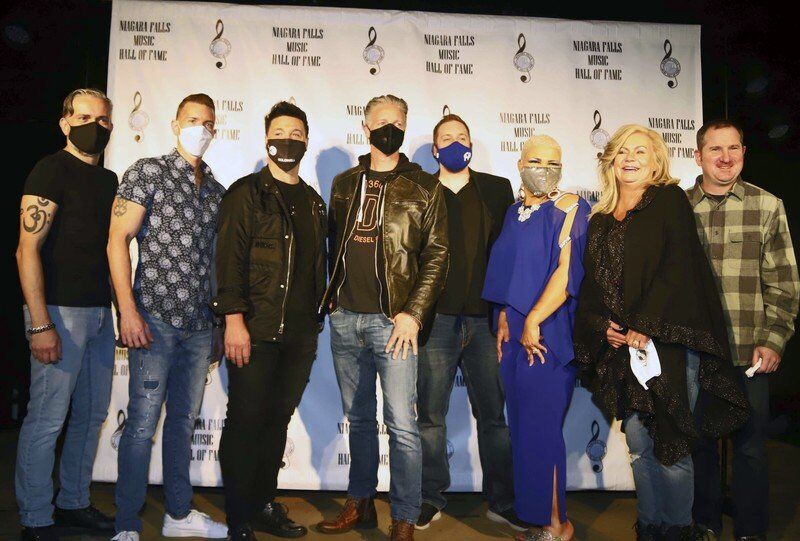 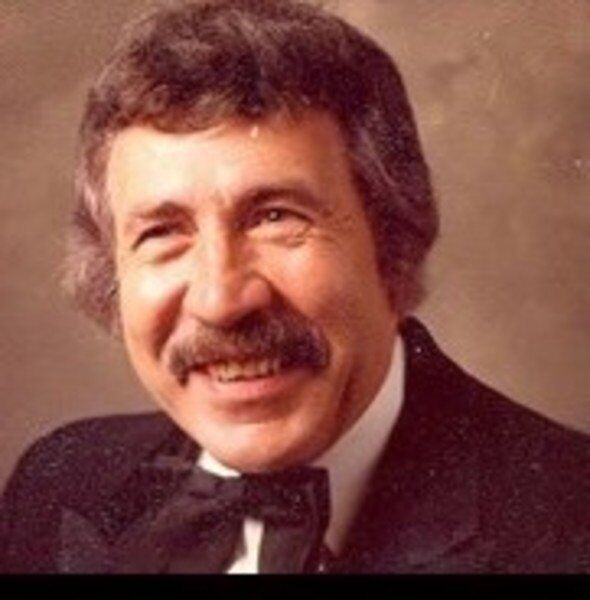 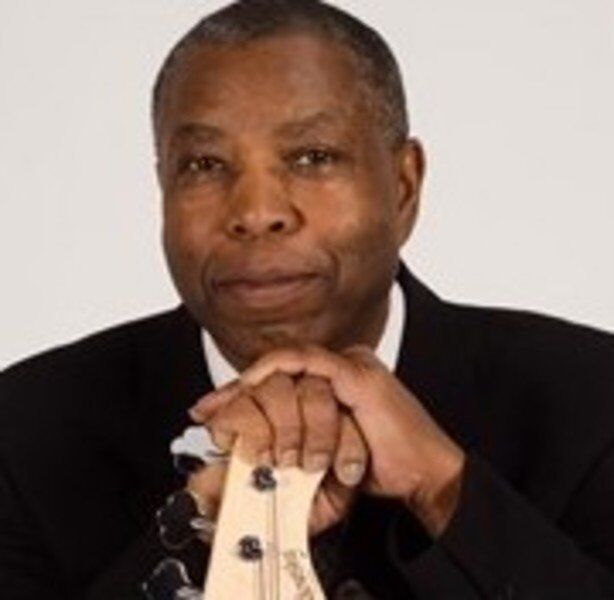 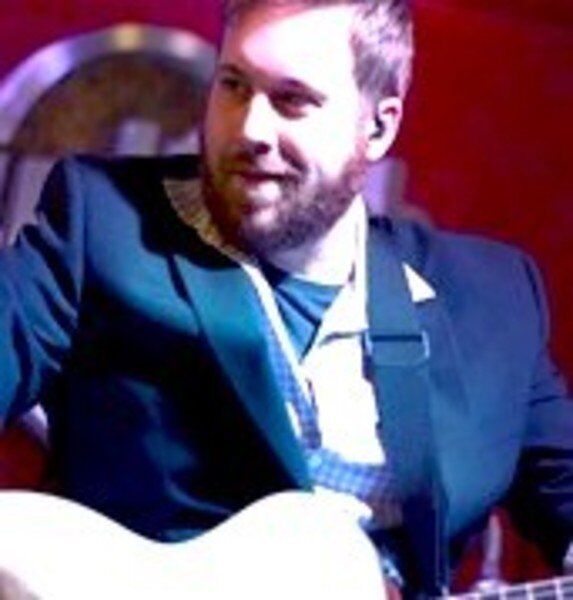 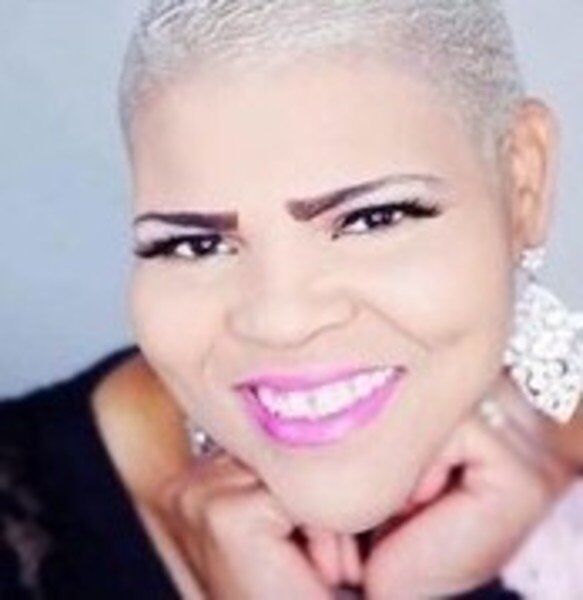 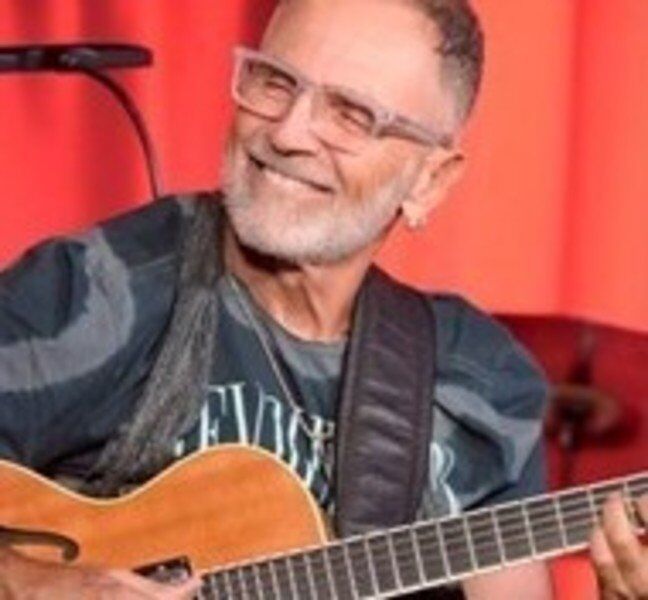 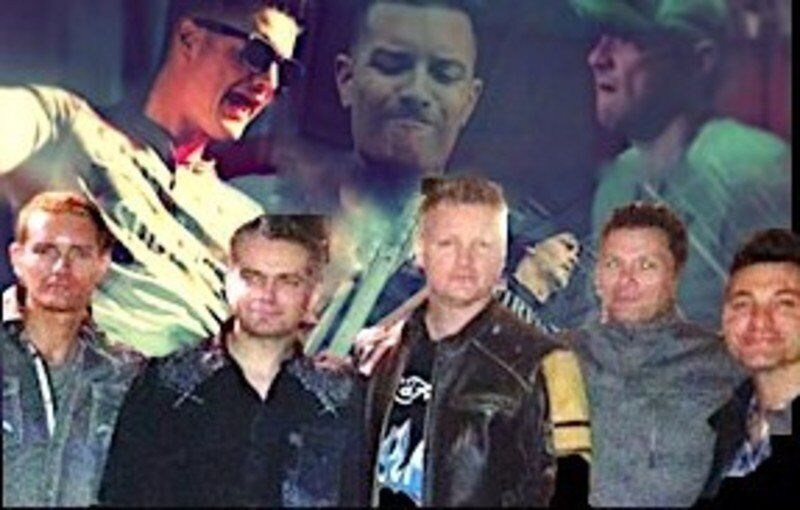 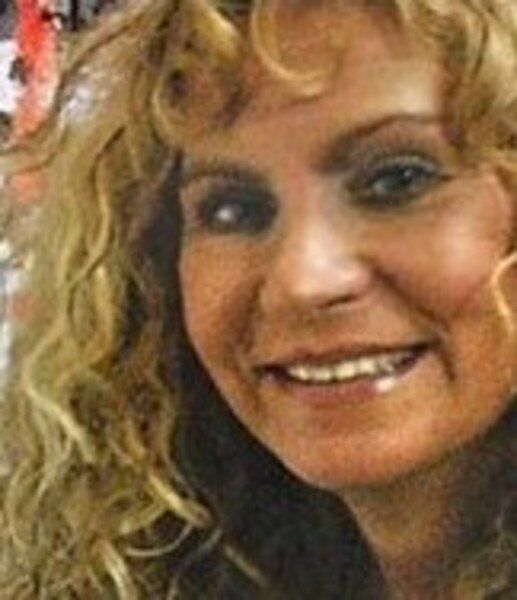 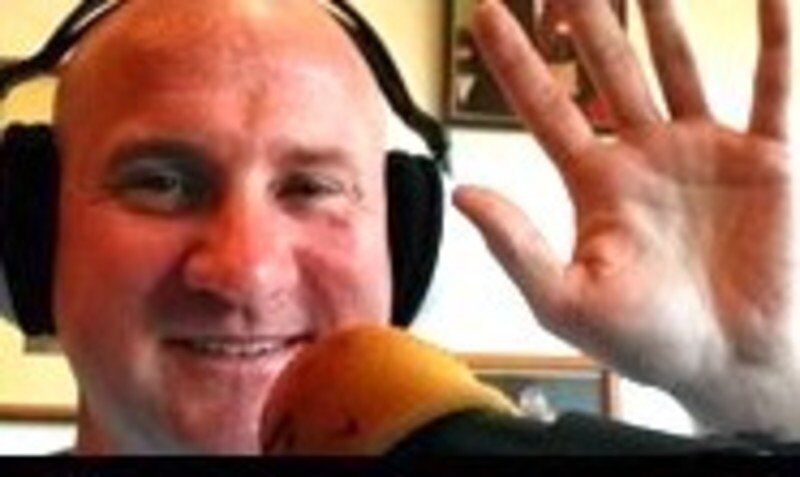 The 2020 inductees into the Niagara Falls Music Hall of Fame have been waiting since October for the awards ceremony that is taking place Thursday night.

The winners were announced to the media last fall, but like everything else, COVID-19 wreaked havoc on the awards ceremony, and so the honorees will finally get their moment in the spotlight with a celebration including live music starting at 7 p.m. at the Rapids Theatre, 1711 Main St.

The event will include performances by 2017 inductee Tom Gariano and his band, A List. He will be joined by Chris Critelli of the band Beginnings, a 2018 inductee, to perform a couple of songs, and then 2018 Inductee Jim Jekovich will perform. In addition, two 2020 inductees will perform. Marsha McWilson will perform songs from Etta James and Aretha Franklin and the band Seven Day Faith will also perform.

JoAnn Simon, one of the organizers of the event, said the nonprofit group is considering holding a 2021 Hall of Fame event in October, the month in which the celebrations are typically held. They are accepting nominations for the 2021 class of inductees until Aug. 28.

After the nominations period closes, the organizers will determine whether to hold at 2021 event. "Once we get the nominations we'll decide how to handle it," Simon said.

The seven 2020 Niagara Falls Music Hall of Fame honorees include:

Charles Chiarenza (Apr 13 1930 - Mar 14 2013) is this year’s Niagara Falls Music Hall of Fame Legacy Inductee. He started his musical career in his hometown, Niagara Falls, playing the guitar, the mandolin, banjo and other string instruments. In ‘67, he joined Julius Wechter and the Baja Marimba Band; a popular faux-Mexican band encouraged by Herb Alpert of the Tijuana Brass. The band toured the United States and Canada, and appeared on many television shows from the late '60’s through the '80’s. With the band, Charlie performed with Jerry Lewis, Lorne Greene, regularly on the Jack Benny television show and also performed in Maxwell House Coffee commercials. Charlie also performed with Burt Bacharach, and was a screen extra in many television and motion pictures. He opened several restaurants in Los Angeles, where celebrity customers included actors and musicians who befriended Charlie. On Tuesday nights, he would invite guitarists to play and hang out. It was a place where they always felt comfortable since the owner was a guitar player. Their gatherings included such eclectic combinations of musicians as Tommy Tedesco, Joe Pass, John Pisano, Charlie Chiarenza and Frank Zappa.

Ivy D'Amico is the owner of D’Amico Music, the largest musical equipment store in the Niagara region. The store was founded by her father, a musician and Niagara Falls Music Hall of Fame inductee Jerry D'Amico. The store has always provided service to local, national and international musicians playing in and passing through the area. Before national and online ticket outlets, D’Amico Music was the only ticket venue in the Niagara Falls New York area. Music fans would line up around the block of the store to buy tickets to international touring shows and concerts. In addition to being a haven for music supplies and ticket sales since 1972, D’Amico Music was the home of The Brewery Recording Studio. With co-owner Rick Catanese, Jerry D'Amico engineered and recorded commercials, jingles and tracks for many including Spyro Gyro and Sheila E. Since it opened, D’Amico Music has been offering lessons in piano, drum, guitar and voice to young and old. Many Niagara Falls born-and-raised musicians got their starts playing or teaching at D’Amico Music. Some have gone on to become successful musicians in Western New York and beyond. A singer/songwriter, Ivy is representing the store at the celebration.

Mike Hatalak, a Niagara Falls native, is a producer, engineer, composer, singer, guitarist specializing in hard rock and heavy metal genres. As a teenager, he started playing in various Western New York bands and in 2003, joined the national touring hardcore metal band It Dies Today, as a guitarist, songwriter and producer. Their debut full-length album, “The Caitiff Choir” sold over 25,000 copies within four months. In 2005, the Alternative Press named It Dies Today as a “Band to Know.” To date, the album has sold over 100,000 copies. Mike has performed on tours throughout the United States, Europe and Canada, with his band supporting metal bands such as God Forbid, Machine Head and The Haunted, as well as securing a spot in the coveted Ozzfest. A song that he wrote ‘Sacred Heart (Sacre Coeur)’ was featured in the 2009 film "Jennifer's Body." He has written and produced music for the Ultimate Fighting Championship and the movie, "The Cave," and for "The Ghouls Next Door," for Niagara Falls film director Ken Consentino. He performs locally with the band Tiny Music and writes for Seeing Red Music. Hatalak is also a producer and sound engineer who owns DWS Studios in Niagara Falls.

Marsha McWilson, a singer, recording artist, actress and entrepreneur, attended local schools and was listed in the 1984 book, "Who’s Who in America." Marsha has performed in clubs, churches, theaters and cruise ships, and appeared on the Bobby Jones Gospel Television Show, the longest-running show airing on the Black Entertainment Television Network. She has performed with national recording artists David and Tamela Mann, Michael Bublé, Kim Burrell and Yolanda Adams; and hob-knobbed with entertainment greats Tyler Perry, Bobby Brown, CeCe Peniston, and Luenell. She also led a Gospel choir down the runway at Fashion Week in Toronto, Canada. In 2015, Marsha released her first CD entitled "Blue Sky Blues" and in 2019, was named the Female Artist of the Year from Power 96.5 FM Radio. She also won a Black Music Month Conference Award. As an actress, Marsha has appeared in the movie "First Impression," currently on Netflix. In 2015, she won an acting contest on the Tom Joyner Cruise which led to an appearance in Tyler Perry’s TV show, "If Loving You is Wrong." In 2018, she performed at ArtPark as Athena in the musical production of "The Odyssey." McWIlson currently displays the vocal influences of Etta James, Aretha Franklin, Tina Turner, and Gladys Knight at venues all across Western New York. She is a beauty salon owner, motivational speaker and a musical evangelist and has received numerous awards for her singing and humanitarian work.

Thomas Nelson is a bassist and vocalist with over 50 years of musical experience. Born and raised in Niagara Falls, he currently lives and performs in the Niagara Region of Ontario, Canada. He has performed in clubs, concert halls and festivals across Canada, Europe and the United States, and has appeared on many CBC television and radio shows. At the age of 16, he played with other teenage musicians forming the group Supreme Soul and he also was a member of the popular band, London Fog. From 1968-1974, Thomas provided lead vocals and bass for the local bands Purple Gas, Earth Family, the Shredded Wheat Band, 4 Way Street, Liberation & Brimstone. Playing at all types of venues in Niagara Falls and Buffalo, Nelson worked diligently to promote and inspire positive integration for musicians of color in the local music scene. He was a member of Terry Dee’s Rock and Roll Circus. In 1974 he toured throughout the US and Canada, and opened for Peter, Paul and Mary at the Ohio Folk Festival. He was a member of the Buffalo-based band, Soul Provider from 2007-2010. In 2015, he formed his own group, The Thomas Nelson Band, and to this day plays extensively throughout Ontario’s Niagara region.

Thom Rotella, born in Niagara Falls, is a jazz guitarist and composer who has achieved critical and commercial success. In his teens, he was playing in rock-n-roll bands. He formed his first band The Princetons and then The Apaches, London Fog and Purple Gas. Then, he discovered jazz, attended Ithaca College as a classical guitar major; went to Berklee College in Boston; left to tour with a lounge band; then moved to Los Angeles, where he quickly established himself as a top studio musician. In the early ’80s, he lived and performed in New York City, where he was discovered by the pioneer digital recording company, DMP (Digital Music Products) and made three CDs, all of which found a worldwide market, receiving extensive radio airplay. By 1988, he moved back to Los Angeles, where he has been a very successful studio and recording musician.  He has written and performed with artists including Norah Jones, Donna Summer, Frank Sinatra, Cher, The Beach Boys, Phil  Spector, Lionel Ritchie, Bette Midler, and Luciano Pavarotti, and has appeared on numerous movie soundtracks, including "Ted," "Ted 2," "Splash," and "Same Time Next Year."  He has written for and performed on TV shows including Ellen DeGeneres; Extra; Sex and the City, and  China Beach. He created original music for television commercials for Ford, Cadillac, Goodyear, Chevrolet and Taco Bell and played guitar on The Simpsons, Family Guy, American Dad, The Tonight Show and The Tracey Ullman Show and many others. He performs with his quartet, with sax legend Ernie Watts.

Rob Bilson and John Rosini met at LaSalle Middle School in the late 1980’s. In high school, they jammed on their guitars, writing songs, and soon began Seven Day Faith adding drummer, Rob Ferenc, bassist, Kevin Ernst and Rob Burgio. In 1999, they released their debut CD, ‘Life Says We Think Too Much’ quickly gained attention from local radio stations. SDF soon enjoyed packed houses wherever they played which included opening for Pat Benatar. They rose to 2004 Billboard magazine’s independent music chart’s number one spot and have opened for Bret Michaels, 98 Degrees, Michele Branch, Bowling for Soup, Firehouse, Sean Paul, Good Charlotte, Simple Plan, Avril Lavigne, LL Cool J, Nickelback, Our Lady Peace, Papa Roach and others. Their #1 hit single "Everything," as well as three other top ten singles were on the Top 40 Charts at WKSE: KISS 98.5. They were the first unsigned local band to get rotation on a national radio station; as well as on Toronto, Canada’s Top 40 station, Z101. Their national acclaim followed features in national magazines such as J-14, the top Teen Magazine in the United States. They will be performing at Batavia Downs, opening for the national recording/touring band Slaughter, Friday.

Tom Proctor, is a native of Niagara Falls who has been playing guitar for over 33 years and for the past 15 years performing throughout Western New York as a solo act and with acoustic groups in clubs, festivals, special ceremonies and national sporting events. In addition to being a musician, Tom, founded and hosted “The Thomas Loop Radio Show on WJJL and All WNY Radio. He won the WBNY/93.5-WNY Music Award for Best Broadcast/ Podcast in 2012, 2013 and 2014. His show was broadcast from the Niagara Arts & Cultural Center on the radio and on-line, winning the WBNY/93.5-WNY Music Award for Best Broadcast/ Podcast in 2012, 2013 and 2014; the first ever on-line show to receive the award. An award-winning runner, Proctor has also been an emcee for events such as the NF Music & Arts Festival, Boots Brews and Bacon, the $10,000 Battle of the Bands at Seneca Niagara Resort & Casino, and many more music and sports charity events.