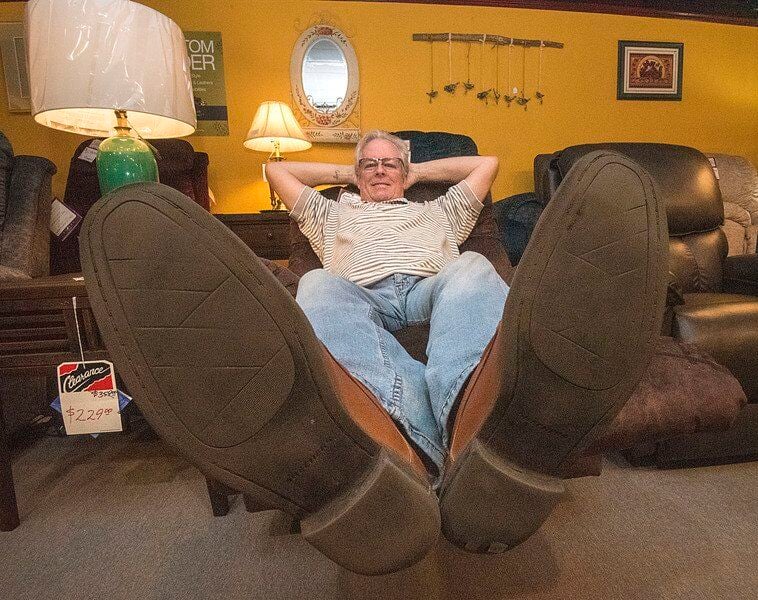 Mark Bullock, owner of Scott’s Furniture and Interiors is looking forward to retirement and being a “snowbird.” 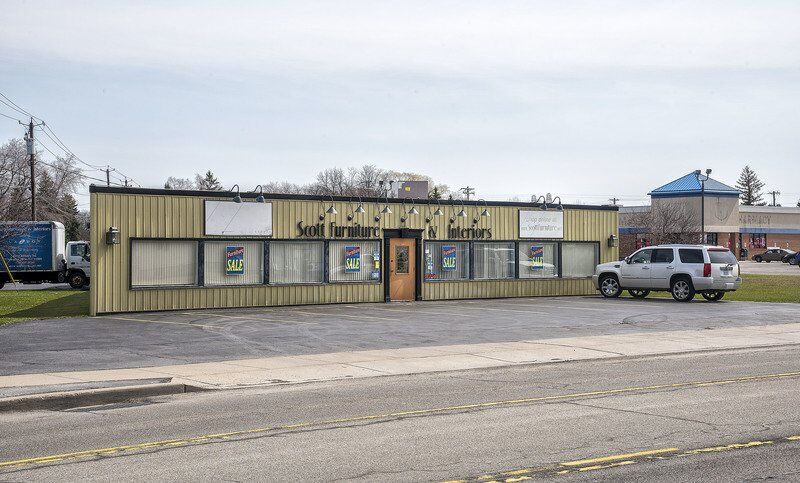 Scott Furniture on Military Road is going out of business.

Mark Bullock, owner of Scott’s Furniture and Interiors is looking forward to retirement and being a “snowbird.”

Scott Furniture on Military Road is going out of business.

Mark Bullock is selling his Military Road furniture business and retiring at age 63, sooner than he expected.

He blames COVID, but in a good way.

The owner of Scott Furniture and Interiors was in Florida when New York state shut down all business due to the pandemic.

After a 43-year career of barely taking a week each year for vacations, he recently enjoyed six weeks of leisure in sunny Florida.

“I got to see what retirement would feel like,” he said, smiling as he added, “I liked it.”

His wife, Gloria, retired three years ago as a Niagara Falls Memorial Medical Center x-ray technician. The couple bought a second home in Lake Wales, Fla., preparing for the joy of being “snowbirds.”

The COVID pause sped things up a bit. The crisis reminded them both that no one is promised tomorrow. “You never know,” he said with a shrug as he talked about his business, sitting amongst several showrooms of furniture at his store at 4419 Military Road in Niagara Falls.

The years he’s spent building his business have been good ones.

“My uncle, Howard Scott, built the store in 1953 after working for his uncle, the owner of Witter’s, on Third Street.

Howard Scott retired from Scott’s Furniture in 1978. When his son didn’t want the business, he sold it to his nephew Mark and Mark’s father, John Bullock, who was vice president of Scrufari Construction at the time.

Mark was around 19 when he started working at the furniture store. His uncle stayed six months to teach him the business. Though he never thought he would learn it all, Mark went to furniture shows in High Point, N.C. twice a year and learned not just the business, but decorating as well, from the many furniture representatives he’s worked since he took over.

When Bullock decided to retire, neither of his children — Jennifer, a North Carolina school teacher, and Jeff, a Texas hospitality industry worker, expressed interest in taking over. On March 31, he listed the place for sale with Hunt Real Estate.

Whether he sells the business or not, Bullock is retiring Nov. 30. Though he is happy about the change, it won’t be easy to leave it all behind.

“I’m going to miss it,” he said. “It’s a nice clean business. And now that I know decorating, I like decorating.”

Bullock said he’ll also miss all the customers he’s leaving behind. “We’re serving a third generation of customers now,” he noted, adding that his sales have never been commission-based because he always thought furniture shopping should be an enjoyable, pressure-free experience.  As a result, many of his customers remain loyal and he is grateful “for all the friends I’ve made, and for their business.”

“It’s a great building,” she said. “It’s on Military Road, very visible, in a really good location with plenty of parking.”

Cerrone Pecoraro noted that there aren’t a lot of buildings for sale in the 14305 zip code. “Commercial real estate is pretty busy at the moment, just like residential,” she said.

In addition, the location is an active business area. “Military is a very busy street, and it’s a really popular area near the outlet malls and right near the Thruway,” the Realtor added. “I’ve actually had a few showings so far and some interest, so I have a feeling this building is going to sell pretty quick.”

For more details about the business and the building, visit Christina Cerrone Pecoraro’s website at www.christinaiskey.com.