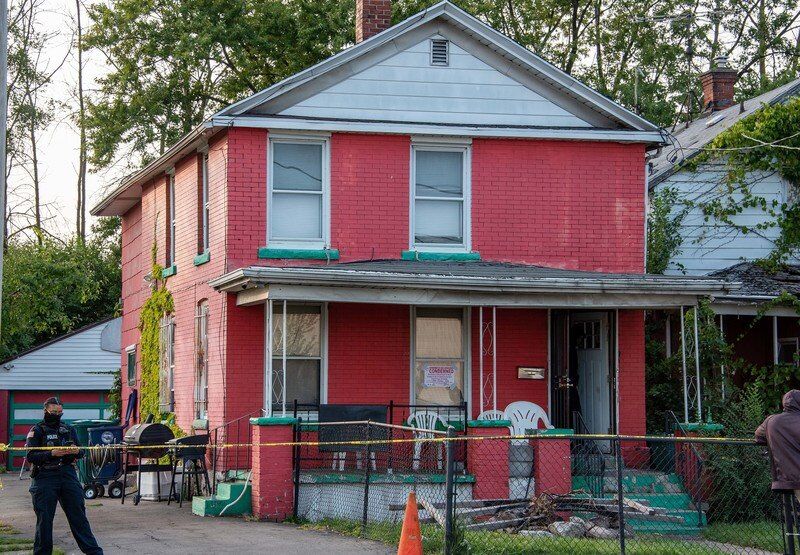 A condemned sign is seen posted on the front of the Red Room on Highland Avenue on Tuesday. 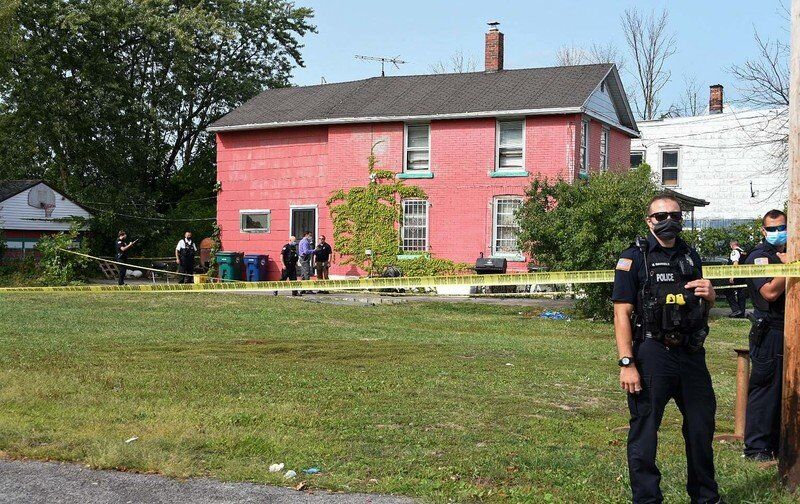 Falls police investigate the discovery of a body in the backyard of the Red Room on Highland Avenue on Monday afternoon. The victim has been identified as Clyde Coleman III, 24, of the Falls.

A condemned sign is seen posted on the front of the Red Room on Highland Avenue on Tuesday.

Falls police investigate the discovery of a body in the backyard of the Red Room on Highland Avenue on Monday afternoon. The victim has been identified as Clyde Coleman III, 24, of the Falls.

Falls police are investigating a homicide at a violence-plagued Highland Avenue speakeasy.

And in the aftermath of the slaying, police say they’ve shut down the Red Room.

Law enforcement sources said Falls police patrol officers were called to the rear of the speakeasy, at 3108 Highland Ave., around 2:30 p.m. Monday for a report of a body found. The victim was identified as Clyde Coleman III, 24, of the Falls.

Investigators said Coleman died as a result of a gunshot wound.

Coleman was reportedly last seen on Saturday night at a party at the Red Room. His family had reported him missing on Monday after not hearing from him since Saturday.

A missing persons poster, featuring a picture of Coleman, was pinned to his Facebook page on Monday, but then abruptly taken down.

As police were beginning a missing person’s investigation, members of Coleman’s family, who had gone to the Red Room to search for him, made the grim discovery of his body. Coleman was found lying in front of a garage at the rear of the property.

Law enforcement sources said they were still trying to determine Coleman’s movements on Saturday night and how and why he ended up at the Red Room.

Members of the department’s Crime Scene Unit flooded into the Red Room, seizing suspected evidence in the case. The speakeasy reportedly contained an extensive video surveillance system, with multiple cameras both inside and outside the two-and-a-half story home which has gained its street name from the color of its exterior paint.

Police, who also refer to the site as the “Red House,” described the home as “the location of frequent parties on the weekends” and “the site of several shootings in recent weeks.” The violence has prompted demonstrations, led by a group of Falls moms, demanding that the speakeasy be shut down.

Jill Shaw, the mother of a 19-year-old daughter, who has organized the protests, came to the crime scene Monday and again called for action to shut the party house down.

Police said that after discovering “a foot of standing water” in the home’s basement, city building inspectors responded and the house was condemned.

“Condemned doesn’t mean forever,” she said. “It doesn’t solve the problem. All (Mallory) has to do is fix the (housing code violations) and he’s back up and running.”

The home has roiled the Highland Avenue neighborhood for years on Friday and Saturday nights, serving as a magnet for young Falls residents who descend there. The result has been a street jammed with double-parked cars and loud partying both inside and outside the residence.

“It gives bad people a place to gather,” Shaw said.

Carl “Congo” Mallory, who claims the house is “his,” has also claimed that he “can’t control who comes here.”

“I like to party. We’re gonna do what we want to do,” Mallory has told protestors. “I’m not running no establishment. They trying to put (the violence) on me. Stop making it about the Red Room. There’s shootings all over the Falls.”

Coleman’s murder may be linked to a shooting near the Red Room in the early morning hours of Sunday.

Police were called to the Niagara Falls Memorial Medical Center emergency room about 12:30 a.m. Sunday after a 33-year-old Falls man showed up there with a gunshot wound to his right elbow.

The man told detectives that he was sitting in his parked car, between the Red Room and Max’s Lounge, “rolling a blunt”, when he heard fighting outside his vehicle. The victim said he then heard gunshots and felt pain in his arm.

The man told police he then got into another vehicle and was driven to Memorial.

Patrol officers said they searched the area for a crime scene but couldn’t find anything. About two hours later, another Falls man reported that as he was leaving a Highland Avenue bar he found bullet hole in the bottom trim of his 2021 Chevy Tahoe.

The area has been plagued by similar incidents.

On Sept. 5, a patrol officer reported hearing around seven to eight gunshots and officers later located eight bullet casings in the street in front of the Red Room. Two individuals who had been the area at the time of the gunfire went to NFMMC where they were each treated for gunshot wounds.

A week before that, on Aug. 22, police collected 30 spent shell casings lying in the street there.