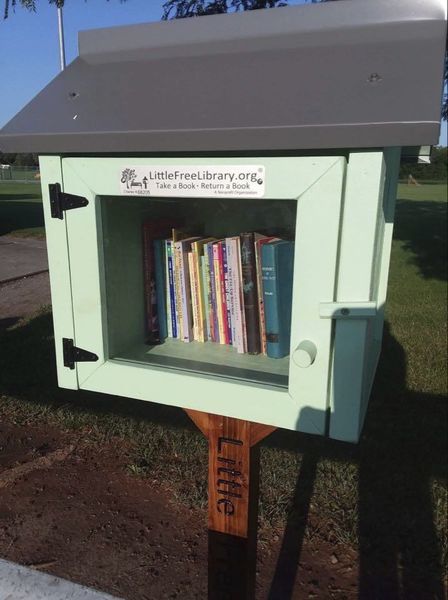 Photo contributed by the Callaghan familyA marker on the side of the little free library in Hartland Town Park showed visitors that the library was dedicated in "loving memory" of Connor M. Callaghan. 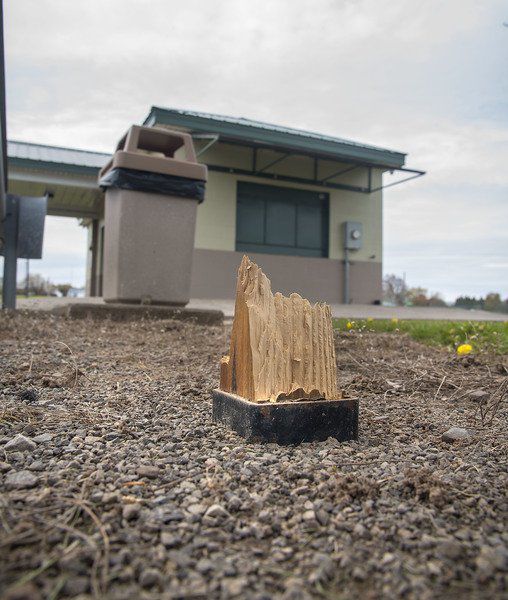 James Neiss/staff photographerA broken post is all that remains of a little library that was vandalized at Hartland Town Park. The library was dedicated in memory of Connor Callaghan.

Photo contributed by the Callaghan familyA marker on the side of the little free library in Hartland Town Park showed visitors that the library was dedicated in "loving memory" of Connor M. Callaghan.

James Neiss/staff photographerA broken post is all that remains of a little library that was vandalized at Hartland Town Park. The library was dedicated in memory of Connor Callaghan.

There are "little" free libraries across Niagara County.

To the members of the Callaghan family, the one in Hartland Town Park was extra special.

Established with support from a family friend, Regina Brown, the little library commemorated Connor Callaghan, the valedictorian of the Roy-Hart school district's class of 2011 who died three years ago at the age of 24. Connor's mom, Sheila, and his dad, Kevin, chose the park because it was where their son played baseball and enjoyed other recreational activities as a youth.

Imagine how mom, dad and Connor's entire family felt when they learned that someone — or a group of someones —destroyed Connor's little library last week.

Vandals knocked down the library stand, leaving behind only a splintered piece of wood at its base. They also broke the glass in the case and scattered the books out in the elements.

For Connor's cousin, Kailee Callaghan, a couple of questions stick in her mind: "Who would do such a thing?" and "why?"

"I think it's just very sad that somebody feels the need to go out and destroy something of someone else's," she said.

"The person that did this knows they did this," Kailee added. "They should do the right thing and come forward. Somebody knows who did this."

Family members believe the damage was done sometime between 10 and 11 p.m. May 11. Kailee Callaghan said a neighbor heard a noise in the area and the next morning discovered that the little library had been badly damaged.

"Tuesday we found out and we were all just devastated," Kailee said. "It's very upsetting that somebody would do something like this. It's not just a little library. It's a memorial for us."

Connor was an avid reader. The little library in Hartland Town Park is one of three dedicated in his memory. The other two — one on Main Street in Middleport and another in the Thousand Islands — are still standing.

Steps are being taken to revive the little library in Hartland Town Park.

Kailee said Lee Walker, a family friend, is in the process of gathering the necessary materials and figuring out a way to rebuild it, hopefully stronger than it was before.

"He's going to do his best to fix what he can and with the original box and rebuild what needs to be rebuilt and rebuild it a little bit stronger to prevent this from happening," Kailee said.

In the days since the library was destroyed, dozens of people who used it have expressed their sadness and support, which has made the healing process a bit easier for Connor's friends and family.

"I was really surprised with how much reaction I got with the shares on Facebook," Kailee said. "Some people I don't even know said how special the library was to their family as well, so that was nice to see."

Asked what the community can do to help, Kailee said: for now, not much.

She's just looking forward to the day when Connor's library is put back where it belongs and is being used to spread the joy of reading, one of her cousin's great passions in life.