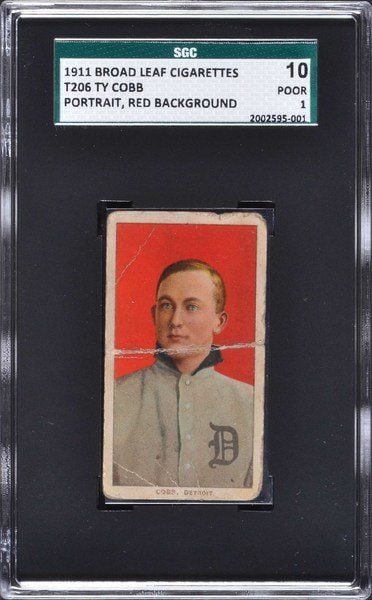 Photo courtesy of Robert Edward AuctionsA rare Ty Cobb baseball card was recently found in a Niagara County home during a Falls man's "junking" expedition. It could be worth more than $100,000. 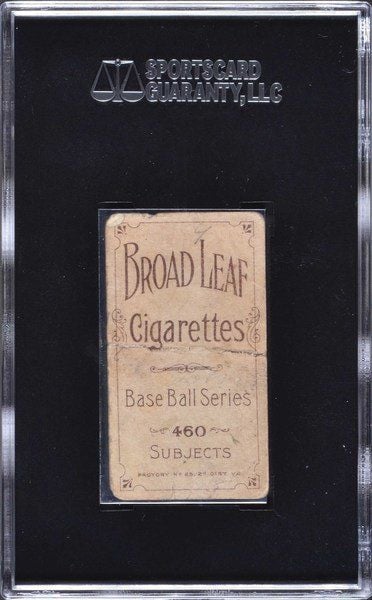 Photo courtesy of Robert Edward AuctionsA rare Ty Cobb baseball card was recently found in a Niagara County home during a Falls man's "junking" expedition. It could be worth more than $100,000.

While rummaging around in a house in Niagara County, a local antiques dealer happened upon a rather amazing discovery.

Tucked away with some old advertising signage and papers, the Niagara Falls-based dealer came across a rare Ty Cobb baseball card that will likely fetch a tidy sum as part of an ongoing sports memorabilia auction.

The card of the former Detroit Tiger and professional baseball legend is, according to representatives from Robert Edward Auctions, part of the "iconic" T206 Border Series and features a rare Broad Leaf 460 advertising back.

The dealer — who is from the Falls — declined to be identified or interviewed.

A representative from Robert Edwards Auctions said the collector, who specializes in antique telephones, found the card while out on a "junking expedition" at homes where he searches for hidden treasures.

It is not known how the card came to be in the pile.

The consignor initially listed the card on eBay and was inundated with inquiries from knowledgeable collectors, according to the auction company. He later contacted Robert Edward Auctions to see if they could reveal additional information about the Broad Leaf Cobb card along with 40 additional cards

"What makes this discovery so significant is that for many years, there was thought to be only one example of this card with the rare Broad Leaf 460 ad back," said Robert Edwards Auction President Brian Dwyer. "It's not uncommon for people to find old baseball cards, but finding a card of this magnitude is quite rare. We always hold out hope for something like this to happen, so getting the call that our consignor had the card, then verifying it in hand at our office, was incredible."

Bidding on the card runs through May 6. Interested bidders may participate in the auction online.

Additional information on the card can be found at https://bid.robertedwardauctions.com/bids/bidplace?itemid=51543

The other cards from the Niagara Falls-based collector include a 1911-1914 D304 card featuring Hall of Famer Joe Tinker made by Buffalo-area Brunner’s Bread.

The 40 cards can be viewed at https://bid.robertedwardauctions.com/bids/bidplace?itemid=51549.

A free 720-page catalog for the auction is available at www.RobertEdwardAuctions.com.