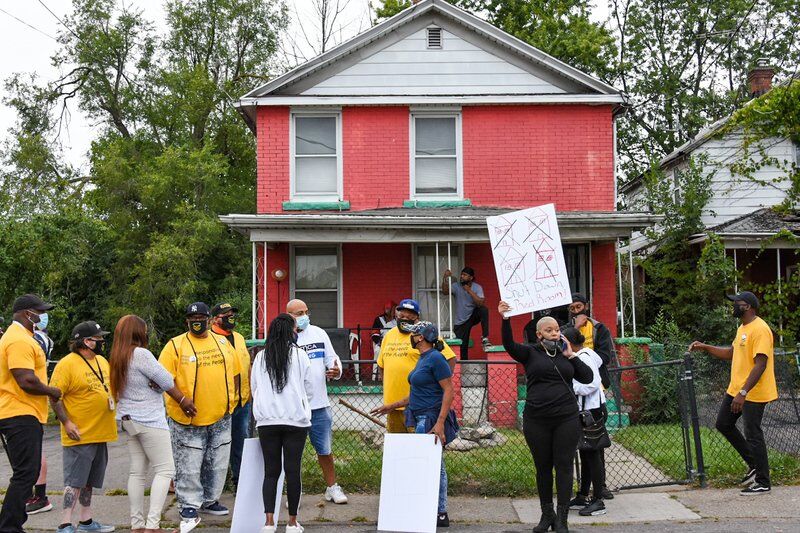 Demonstrators call for the closure of the "Red House" speakeasy on the 3100 block of Highland Avenue on Saturday afternoon. The home has been the site of numerous shootings and disturbances the past several weeks. 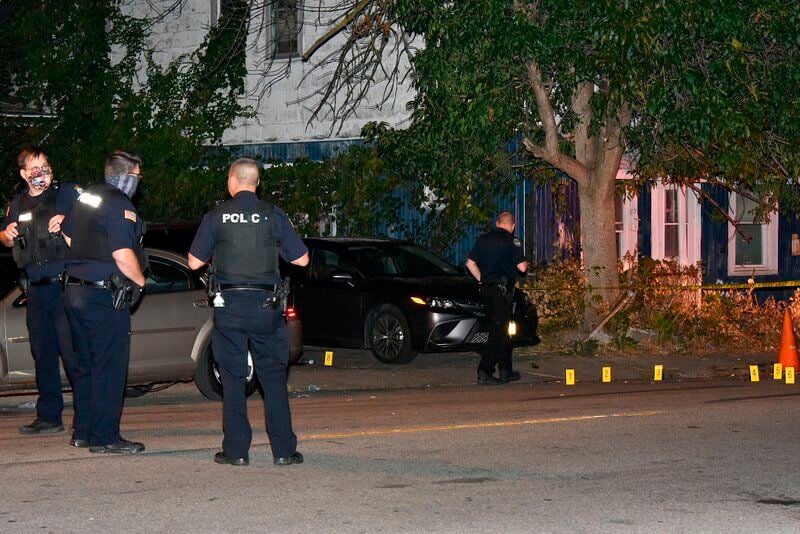 Falls police investigate the scene of a shooting on the 3100 block of Highland Avenue on Sept. 5.

Demonstrators call for the closure of the "Red House" speakeasy on the 3100 block of Highland Avenue on Saturday afternoon. The home has been the site of numerous shootings and disturbances the past several weeks.

Falls police investigate the scene of a shooting on the 3100 block of Highland Avenue on Sept. 5.

They were small in numbers, but large in their demands.

A half dozen Niagara Falls moms, confronting the owner of a violence-plagued Highland Avenue speakeasy, as an equal number of his friends looked on.

“There is no more discussion,” said Jill Shaw, the mother of a 19-year-old daughter, who organized the protest outside the Red House. “This stops now! Shut down the Red House!”

The red brick home, in the 3100 block of Highland Avenue, roils its neighborhood on Friday and Saturday nights. It is a magnet for young Falls residents who descend there, jamming the street with double-parked cars, and partying both inside and outside the residence.

“You get out of here,” Carl “Congo” Mallory, who claims the house is “his,” told Shaw. “We can’t control who comes here. I like to party. We’re gonna do what we want to do.”

The home has been a thorn in the side of Falls police for years, though it’s not clear how long Mallory may have been living there. It has been the scene of numerous shootings in recent weeks.

Two weeks ago, Alicia Maye’s son, Divieion, 21, was shot in the back of his head as he pulled up, early on a Saturday morning, in front of the Red House. He remains hospitalized at the Erie County Medical Center in Buffalo, recovering from his wound.

“He’s not normal. He won’t be the child everyone knows,” Maye said of her son’s recovery. “He was ambushed. As soon as he pulled up, they started shooting.”

Maye blames those who hold the weekly parties at the Red Room for not having “enough security” to keep people safe. Mallory told the angry moms that is not his responsibility.

“So if we recognize this is a hot spot, why don’t the police patrol here?” Mallory said. “You throwing everything (that happens on Highland Avenue) at the Red House.”

Mallory also denies that the home functions as a speakeasy.

“I’m not running no establishment,” he said to the protestors. “They trying to put (the violence) on me.”

A week before that, on Aug. 22, the night Maye’s son was shot, police collected 30 spent shell casings lying in the street there.

Mallory said he can’t “control” what happens outside his home. Shaw told him he can control his parties.

“If you didn’t hold no parties, this Friday or Saturday, there won’t be no violence,” she said.

“You mean my people, who I’m affiliated with, can’t come by? Mallory asked, as he walked away from Shaw. Several young men, wearing red clothing and bandanas, stood on the Red House porch during the verbal sparring between Mallory, and the protestors.

“Stop making it about the Red House,” Mallory yelled. “There’s shootings all over the Falls.”

Mixing in with the protestors and Mallory were members of the Niagara Falls Peacekeepers. The yellow-vested community activists, at various moments during the demonstration, tried to broker both a compromise, and peace, between Mallory and the moms.

Peacekeeper leader and former City Council member Ezra Scott said he believed the protest opened a dialogue between the moms and Mallory.

“It did allow both parties to have some conversations,” Scott said. “Dialogue is the biggest thing.”

Scott engaged Mallory and Scott in private talks. But when they were done, Scott said she didn’t see an immediate solution to the violence surrounding the Red House.

“No I don’t,” Shaw said. “I feel like the man admitted what he’s running. We’re asking for the police to come here and be more vigilant.”

“We are taking this violence very seriously and have been looking into (all the recent shootings),” Licata said in a statement released by the city. “We are doing everything in our power to help stop this violence.”

“I have spoken with the police superintendent on this matter and I know that our police department is actively working in this for the community,” Restaino said in a prepared statement. “I am confident, based on those discussions, of the efforts by our police department.”