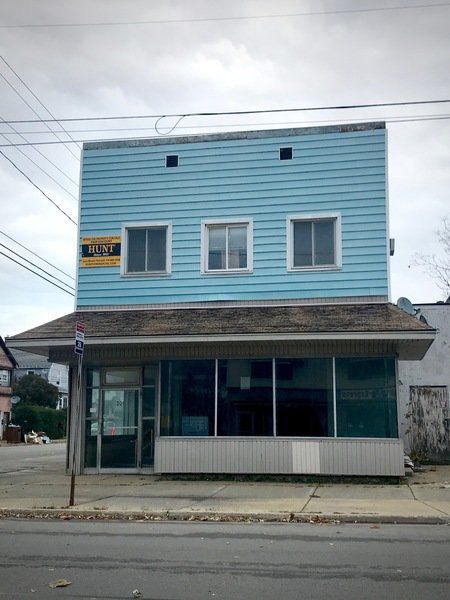 MIA SUMMERSON/staffAn area property manager has proposed to purchase and renovate the building at 301 Payne Ave. Charles Cromwell is offering $1,000 for the property and intends to make an additional investment of $60,000. The common council will vote on the sale Tuesday. 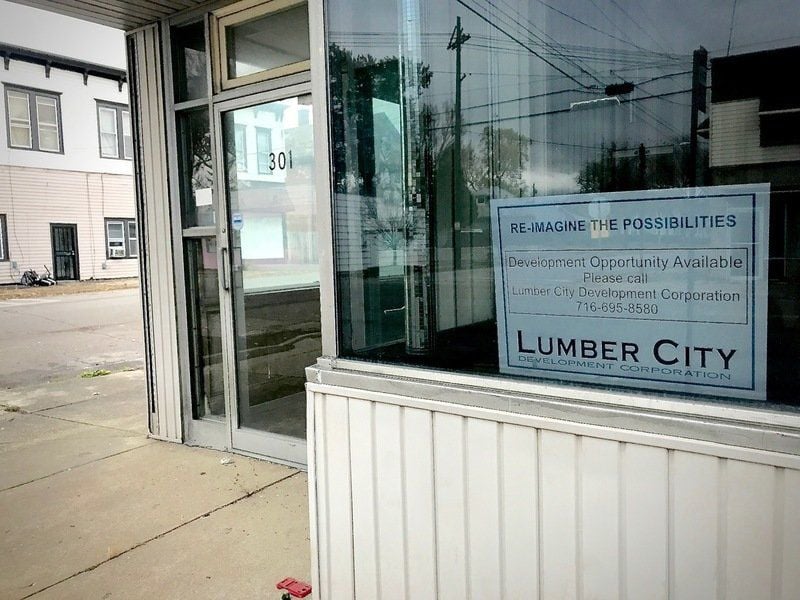 MIA SUMMERSON/staffThe building at 301 Payne Ave. is the last of three properties the LCDC took on in an attempt to find buyers willing to put in the work to restore them. The other two properties were on Oliver Street, both selling for $1,000.

MIA SUMMERSON/staffAn area property manager has proposed to purchase and renovate the building at 301 Payne Ave. Charles Cromwell is offering $1,000 for the property and intends to make an additional investment of $60,000. The common council will vote on the sale Tuesday.

MIA SUMMERSON/staffThe building at 301 Payne Ave. is the last of three properties the LCDC took on in an attempt to find buyers willing to put in the work to restore them. The other two properties were on Oliver Street, both selling for $1,000.

The abandoned building at 301 Payne Ave. in North Tonawanda will be the latest property to get a facelift as part of an effort to cut down on vacancies and "zombie" properties in the city.

It's the last of three properties that were taken from the city's in rem auction list as part of a program aimed at fighting blight in the city. The properties were handed over to the Lumber City Development Corp., which worked to find private buyers willing to put in the time and resources needed to revive the buildings.

"Our board has reviewed a renovation and use plan from Charles Cromwell of C&M Rental," said LCDC Planning and Development Specialist Laura Bernsohn. "He's planning to purchase the building for $1,000, which is the same price as the other two properties on Oliver Street. He will invest $60,000 into the building, he will renovate three upstairs apartment units, one of the lower apartment units and also move the C&M Rental office into the downstairs commercial space."

On Tuesday, Bernsohn and Cromwell appeared before the North Tonawanda Common Council to pitch the plan prior to final approval, which is set to be voted on this Tuesday. If approved, Cromwell says he expects the project to be completed well within the 18-month timeline usually set by the city. The other two properties that were part of this program were 644 and 653 Oliver St.

Officials didn't offer much input regarding their thoughts on the project, but City Clerk/Treasurer Daniel Quinn questioned Cromwell on the parking situation at the property. Cromwell said there's currently one available parking spot and he believes the building will be "grandfathered in" when it comes to meeting the city' parking requirements.

"I do own 265 Payne Ave., which is just a little ways down (the road)," Cromwell said. "It has a garage there where tenants can park behind there, a three-car garage. So if we do have tenants that need it, there's parking there." 265 Payne Ave. is on the same block as 301 Payne Ave.

While the pending sale of 301 Payne would mark the end of one program aimed at getting abandoned properties back in business, the city is working on putting another similar program in motion. After Bernsohn addressed the council on Tuesday, LCDC Executive Director Michael Zimmerman offered an update on an initiative to fight "zombie" houses on a broader level.

One of the goals of the program, which is being funded through a $90,000 grant administered through the Local Initiative Support Coalition, is working on ways to enforce a new state law aimed at curbing the "zombie" house problem. On Tuesday, Western New York Law Center paralegal and data manager Kate Lockhart pitched a plan to address that goal by working with the city's code enforcement department to get notices of violation to the right person.

She also said a part of the goal is to work with the city to encourage the bank's attorneys to move forward with foreclosure proceedings it a "timely manner." She said it's been her experience that banks move more quickly when they "know a community is watching."

City Attorney Luke Brown questioned whether this program will continue when the two-year grant administration period ends in September. He asked if this was something the city would be able to pick up and run with on its own when that time comes or if it would require more funding. Lockhart said the WNYLC would aim to make the city as effective in this process as possible, but indicated that it would be a difficult work load for the city's building department to take on without additional assistance.

The North Tonawanda Common Council will convene for their next meeting at 6:30 p.m. Tuesday at city hall, 216 Payne Ave.