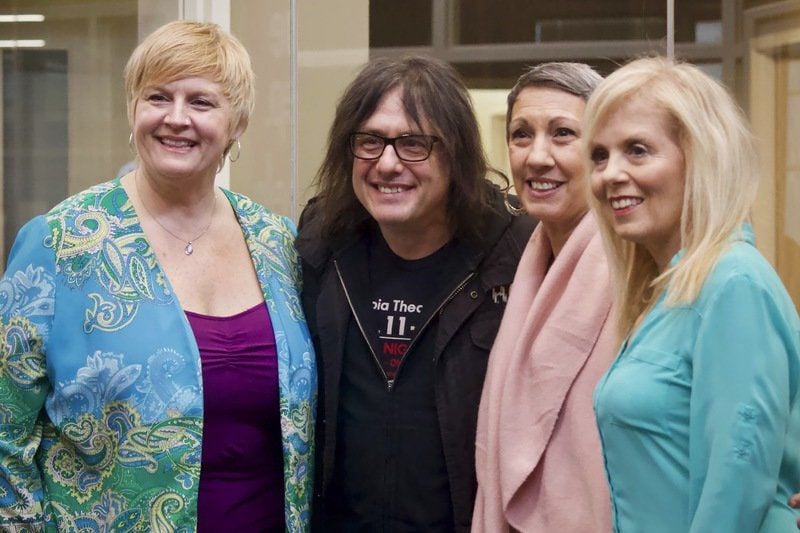 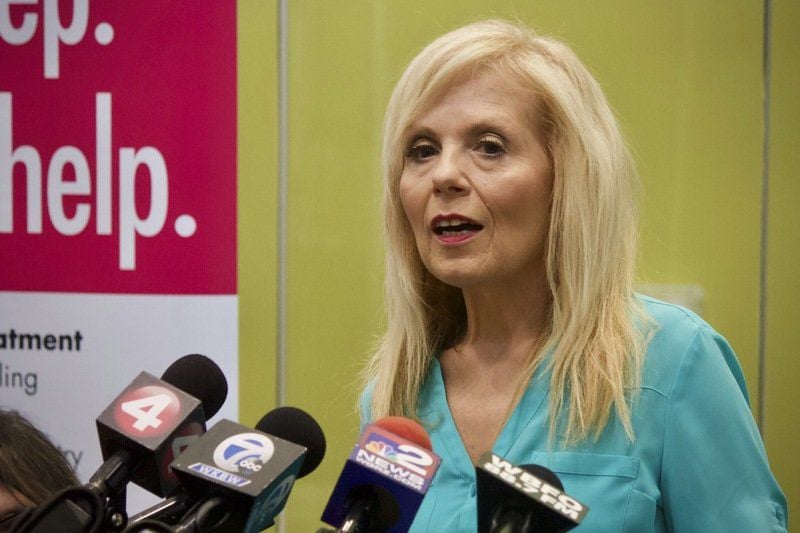 MIA SUMMERSON/staffPatti Parks, a local blues musician and nurse, came up with the idea to create a program that combined two things she was passionate about. She said she found blues music to be a place of comfort for her when her own son was battling addiction. 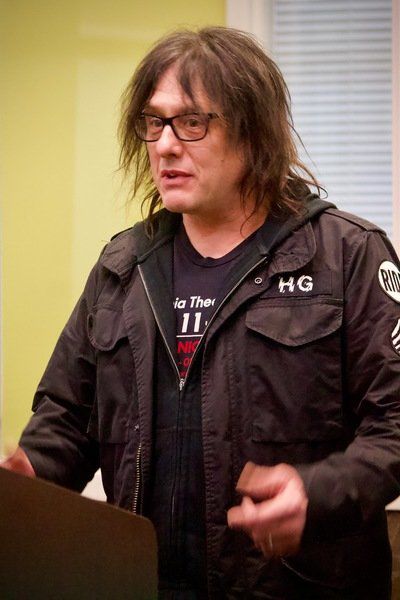 MIA SUMMERSON/staffMusic is Art President and founder Robby Takac spoke briefly during Friday's announcement. He said the mission of his organization is to remind the community of the importance of music, adding that the Nurse 'n Blues program is a great example of that.

MIA SUMMERSON/staffPatti Parks, a local blues musician and nurse, came up with the idea to create a program that combined two things she was passionate about. She said she found blues music to be a place of comfort for her when her own son was battling addiction.

MIA SUMMERSON/staffMusic is Art President and founder Robby Takac spoke briefly during Friday's announcement. He said the mission of his organization is to remind the community of the importance of music, adding that the Nurse 'n Blues program is a great example of that.

At Horizon Village, the blues aren't just about singing about what's got you down in life. Instead, the genre is viewed as a vehicle for healing.

For the past two years, the Nurse 'n Blues program has aimed to help those who are struggling with addiction by encouraging them to explore their emotions through music therapy with a special focus on the blues.

On Friday, the Western New York Blues Society and Music is Art announced their collaboration with the Nurse 'n Blues program to ensure that they're able to continue providing and growing their services for those who need them.

Patti Parks, a nurse, blues musician and founder of Nurse 'n Blues, said her own son suffered from addiction, and during his battle, she said it was blues music that kept her going. About three years ago, she had the idea to share the sense of comfort she found in blues music with others who were suffering from the effects of addiction.

"We have a more global perspective in what we are doing in the sense that not only are we serving our clients, but now we're using both therapy for families and clients so they can get to a point of communicating in a very safe manner," she said. "We have to stay current. We have to be innovative in the ways that we deal with chemical dependancy."

She says even those who come in with a no taste for blues music often open up to it and find themselves enjoying the therapy sessions. The program has been nationally recognized by the Blues Foundation in Memphis, Tenn.

But Connors is not just a music therapist, she's a recovering alcoholic who will celebrate 12 years of sobriety next month. She said having fought her own battle with addiction helps her to see the problems her clients are facing through an empathetic lens and said that blues, which is often about overcoming adversity, has a way of relating to those who are in tough situations.

"I always tell these clients 'I've walked this path, I know it's a beast,'" she said. "So because of my passion for music and blues music, and because of that, me myself being an addict, I hope I can bring something to the table."

Horizon Health Services President and CEO Anne Constantino said the program has been successful at their Delta Village campus in Sanborn, a 100-bed treatment facility for young adults where staff gathered with representatives from Nurse 'n Blues, Music is Art and the WNY Blues Society to announce their collaboration. She said Nurse 'n Blues programs has volunteered to work with residents at the Delta campus and made a positive impact for many of them.

One such resident is Cory McMillan, who said that he's been participating in the program and has found it to be beneficial for himself and also for those who are more comfortable expressing themselves through music than they are in a traditional group therapy setting. He said they participate in group song sessions, take blues history lessons and discuss what emotional themes found in blues music are relatable to the things the residents are dealing with in their own lives.

"I think it's just an awesome program," he said. "I think people get scared of the whole group mentality of therapy sessions and stuff like that. But with the blues and music therapy it's just kind of a nice release for everybody."

Robby Takac, founder and president of Music is Art, also a founding member of the Goo Goo Dolls, made an appearance at Friday's announcement, where he said that the organization was excited to be getting involved with the Nurse 'n Blues program. He said bringing the importance of music "to bring music into the forefront of our community" is the mission of Music is Art, adding that this program is an example of just how important music can be.

Also on hand was Adrienne Thompson, president of the WNY Blues Society Board of Directors. She said the benefits of music therapy, particularly blues music therapy, are beginning to become known and that the Nurse 'n Blues program is now in very high demand.

Joseph A. Pullano, formerly of Grand Island, on March 1, 2021 after a five-year battle against acute myeloid leukemia. Predeceased by his loving parents, John and Patricia (Heavey) Pullano. He will be missed by his surviving siblings, Jody (William) Malesky, John (Joanne), Peggy (Robert) Car…