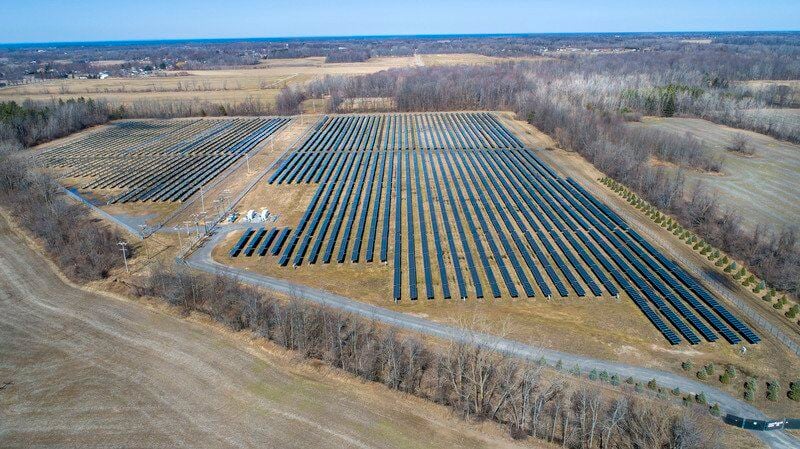 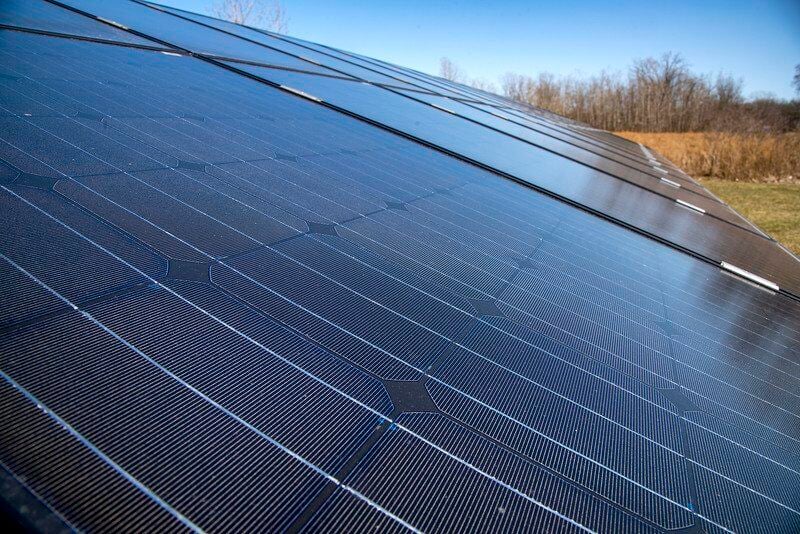 A 51.5 KW solar array was installed in 2013 at Crosby's on the corner of Old Niagara Road and Lake Avenue in Lockport.

A 51.5 KW solar array was installed in 2013 at Crosby's on the corner of Old Niagara Road and Lake Avenue in Lockport.

New York State Office of Renewable Energy Siting regulations became effective March 3, as local governments scrambled to adjust their own solar siting laws in an attempt to hold on to local control, or home rule, in the face of several large scale solar projects proposed in Niagara County.

As special counsel for the Town of Cambria on the issue, Dennis Vacco, former New York State Attorney General, says home rule has been “eviscerated” by the new regulations, known collectively as Section 94-c, or Article 94.

Vacco said the state’s prior formal siting process for large scale projects, known as Article 10, gave local community members two seats on the siting board that would decide the fate of a proposed project in their community. While the other five board members, all appointed in Albany, could out-vote the locals, there was some belief that by having a seat at the table a community could steer the direction of a pending project.

In the most recent battle over laws to free up or block farm land from hosting large scale solar and wind energy generation facilities, state …

With ORES’ adoption of the new regulations, there is no siting board any more. Instead, decisions about whether and where projects may go are left to ORES, which is supposed to check each application against the new regulations before giving approval.

Most frightening, Vacco said, is the fact that when an application is filed, new state law says it will be approved automatically after one year’s time even if it hasn’t been vetted.

“At least with Article 10 there was the impression, the veil if you will, that local ordinances, and home rule consequently, made a difference,” Vacco said. “Even if it was just window dressing, it was procedural window dressing. It was better than what we have now with the stripped down version of Section 94-c, which totally eviscerates home rule.”

David Kay, a senior extension associate in the department of global development at Cornell University, has been working for years on various boards concerned with municipal land use planning, and his research has focused on issues for local government and communities hosting large scale solar facilities.

Kay says the elimination of home rule for the sake of energy projects is nothing new. He points to the evolution of Article 10 over time.

“As an academic, I’m very interested in how democracy works and the trade-offs of who gets to have what kind of say on different scales of government,” Kay said. “Everybody, no matter where they sit, they want to be in charge. I would agree, without making a value judgment of whether its good or bad, that Article 10 — and it’s far from the only one — is one of those areas where the state has said, ‘Local governments: we’re going to take control away from you on this particular issue.’ In my mind, it’s not this new law that does that, because Article 10 had already done it.”

Article 10 had the state begin to encroach on home rule when it came to very large generating facilities – 80 megawatts or more – fueled by coal, nuclear and natural gas, Kay said. Then, within the past decade, the threshold was lowered to 25 megawatts.

“That was the big change, and that was at least partly in reaction to the issue of seeing a lot of wind (power projects) and the question of who’s in charge,” Kay said.

The 94-c regulations allow energy companies to choose between local and state review at the 20 to 25 megawatt threshold, but Kay said projects within the threshold will still have to provide higher level studies to get integrated into the grid, through the state review. He suspects energy companies will be inspired to expand their projects because of this.

“The implication ... is, if you’re going to have to do that bigger study, the economies of scale are such that you’re not just going to go between 20 and 25 megawatts,” he said. “You’re going to go to a bigger project anyway.”

With adoption of the new siting regulations, Vacco said the fight for home rule now hinges on municipalities being able to opt out of Real Property Law 487, which allows renewable energy companies to automatically receive a 15-year tax exemption.

The law “allows the municipality to choose to opt out of the exemption, in other words, (declare) we’re not going to allow the projects to be tax free for 15 years,” Vacco said.

That essentially forces an energy company to negotiate with the municipalities that it’s affecting. According to Vacco, it’s an incentive for the energy company to consent to a Payment In Lieu Of Taxes agreement or Host Community Agreement that satisfies affected taxing jurisdictions, that is, the town or city, the school district and the home county.

But now, another state law has been proposed that would eliminate the ability of a municipality to assess the market value of utilities and tax them accordingly.

If a municipality can’t assess a utility, then it will lose its ability to bargain for the best financial settlement terms possible, according to Vacco.

In Hartland and Cambria, where utility scale solar energy facilities have been proposed, both town boards on Thursday adopted resolutions opposing “Real Property 575-b.”

“It’s a proposed law and they stuck it in the (2021-2022 state) budget, as opposed to having it in a standalone law,” Hartland town supervisor Ross Annable said. “Everything that Albany does tries to encroach on our home rule, and this is another example of the state taking on the role of being able to establish those assessments as opposed to the local government.”