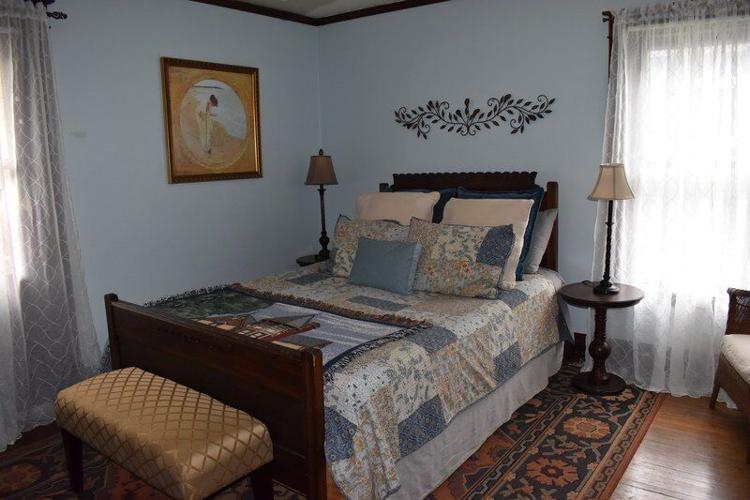 The Burd Room is among those that will be for rent at the Marshall House. (Beth Genco photo) 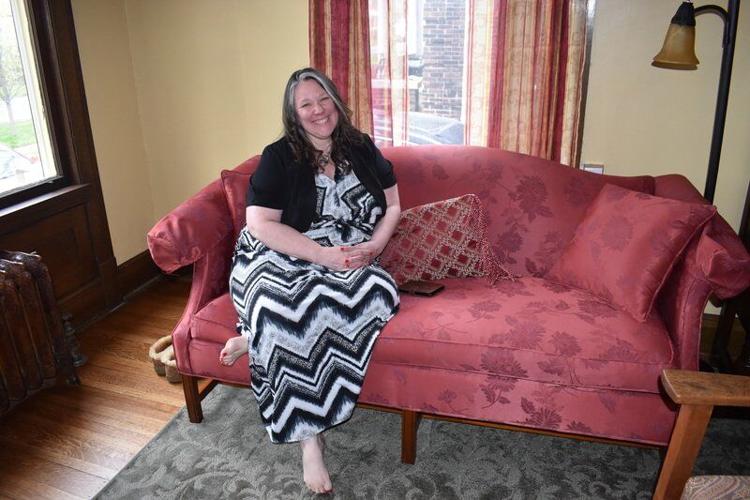 Cherrish Beals sits on the couch in the parlor of the Marshall House. (Beth Genco photo)

The Burd Room is among those that will be for rent at the Marshall House. (Beth Genco photo)

Cherrish Beals sits on the couch in the parlor of the Marshall House. (Beth Genco photo)

Cherrish Beals came to Western New York with her husband Matt in 2007 when he was transferred by HSBC Bank.

They bought the Ambassador House as an AirBnb in 2020 at 741 Park Place.

Their latest project, however, is the Marshall House across the street at 740 Park Place which they closed on in January. They have renovated it into a bed and breakfast and are planning an open house from 1-5 p.m. May 30.

There will be a magic act and live music with Carl Wockner and Brothers of Invention.

They have been lovingly restoring the architecturally significant home.

Beals explained she is almost ready to open but needs one more appearance before the Niagara Falls Zoning Board. A bed and breakfast is permitted differently than a short-term rental, she explained, thus not being impacted by the current moratorium on new STR permits. With the bed and breakfast designation, the owner is required to live on premises, among other details, and serve a full breakfast. Think of it as a high-end inn as opposed to a less-luxurious nightly rental.

The house has four floors and features details such as pocket doors, quarter sawn oak and hardwood floors everywhere.

The 1914 dining room table and chairs have also been restored. The set was purchased in 1914 for $440.58. Beals even has the original receipt. She also has the building permit from 1913.

Mary Jean Buddenhagen will help run the business when it is up and running.

“She is my friend and said she had always wanted to run a bed and breakfast,” Beals said.

Contractors have been working to create a comfortable space that pays homage to the original owner James G. Marshall and his family as well as preserving architectural detail.

For example, a wedding dress from 1898 that belonged to Lida Marshall has been restored by Sheila Zuni. Every stitch in the original 1898 dress was hand sewn.

Dorothy Marshall Scott was Lida’s daughter. The Beals have the veil, train and shoes from her 1924 wedding along with pictures of her that day on the stairs in the house and the whole family together on her wedding day inside the house.

The ceiling in the kitchen is open as part of the restoration. Old-style knob-and-tube wiring, no longer in use, is revealed within.

“This was one of the first fully electrified houses in Niagara County,” Beals said.

When the bed-and-breakfast is up and running there will be four rooms each renting for about $250 per night. The Beals and Budenhagen will have quarters on the top floor.