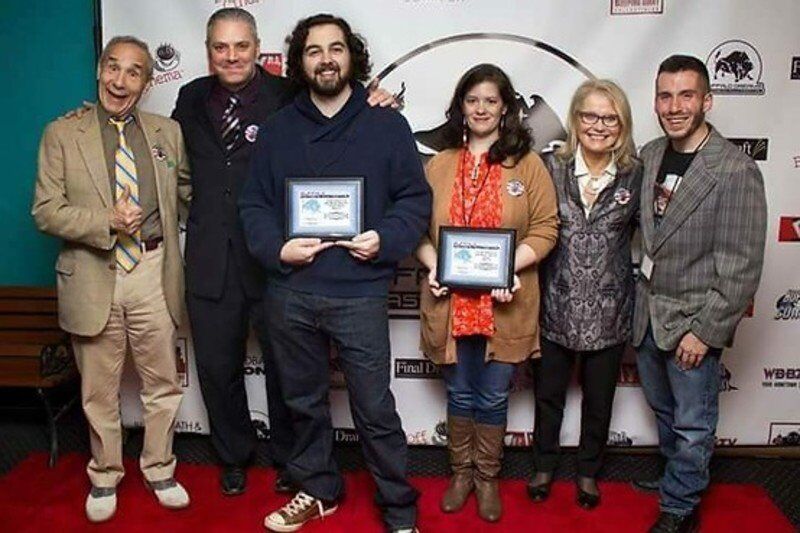 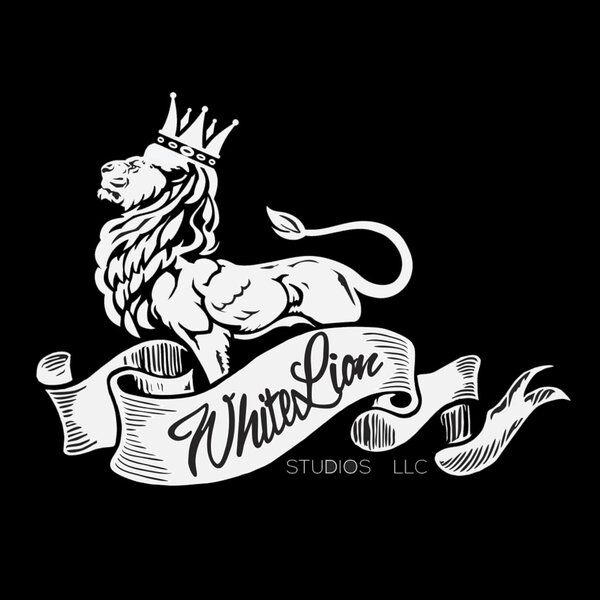 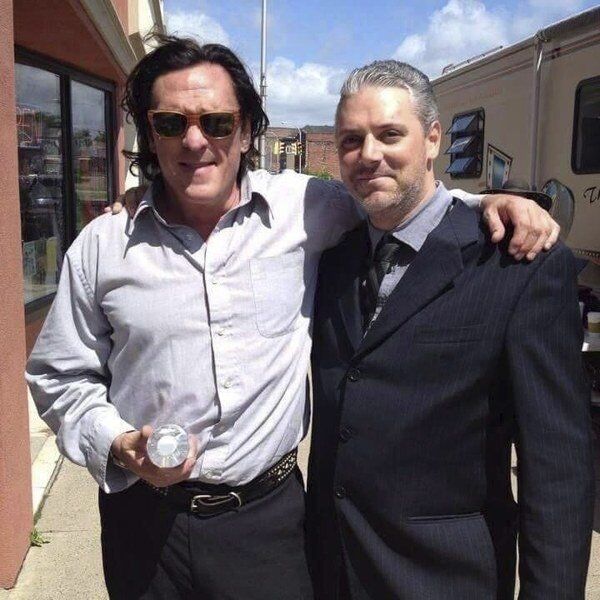 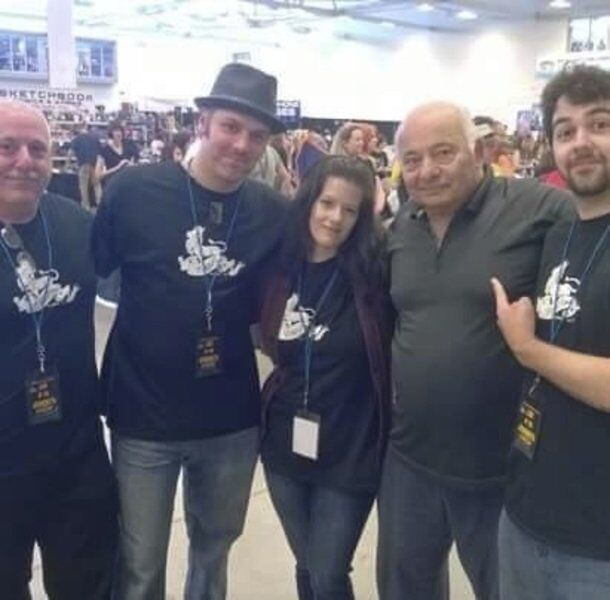 Their work in television and film has brought Niagara Falls actor and Councilman Bill Kennedy and local filmmaker Ken Cosentino together with several actors in Hollywood. Here, they pose for a picture with Burt Young, second from the right, who played Rocky Balboa's brother-in-law, Paulie, in the "Rocky" series of films.

Their work in television and film has brought Niagara Falls actor and Councilman Bill Kennedy and local filmmaker Ken Cosentino together with several actors in Hollywood. Here, they pose for a picture with Burt Young, second from the right, who played Rocky Balboa's brother-in-law, Paulie, in the "Rocky" series of films.

Western New York's most recent big-time brush with Hollywood came in February when stars Bradley Cooper and Cate Blanchett joined Oscar-winning director Guillermo del Toro for a shoot in the City of Buffalo as part of a remake of "Nightmare Alley."

Last August, a film production crew shut down the Grand Island Bridges so they could be used in scenes from the movie "A Quiet Place: Part II."

In recent years, the region has played host to several other larger-scale film productions, including 2016's "Teenage Mutant Ninja Turtles: Out of the Shadows," which featured scenes from the Kensington Expressway in Buffalo, and 2017's "Marshall," which was shot, in part, at the LaSalle Public Library on Buffalo Avenue in the Falls.

The uptick in moviemaking is a welcome sign for supporters of the local film industry who believe continued demand for production space, captivating scenery and production and acting talent could, with the right support, pay bigger dividends for Niagara Falls and surrounding communities.

They became even more encouraged earlier this year when plans were announced for a new, multi-million dollar movie and television production studio in Buffalo where construction is expected to begin as soon as next month.

"I think when people see consistent projects coming here and consistent successes, or you actually have people from here making some money, then they are going to say, 'Hey, this is for real, this is happening,' " said Falls Councilman and actor Bill Kennedy.

Local and state officials announced in June plans for the $50 million film and television production studio in Buffalo, which is being developed under a partnership between Rich Industries and Great Point Capital Management, a media-centric investment fund based in the United Kingdom.

The facility is expected to include two 20,000-square-foot sound stages and 70,000 square feet of space to accommodate editing, sound mixing and office needs. Plans call for the site, which is located on Niagara Street near Ferry Avenue, to be built in phases, with the first phase starting this fall and the entire project slated for completion by fall of 2021.

The principals in Great Point Capital Management include an investment advisor named Fehmi Zeko and Robert Halmi, the founder of the Hallmark Channel. Their company is currently working on the development of another movie production complex in Yonkers in partnership with Lionsgate Studios.

"The studio is a huge step in the right direction," Kennedy said, referring to the Buffalo project. "A lot of these productions don't have places for editing, sound stage and to shoot interior stuff. Now you can do a lot of one-stop shopping and that's why it's going to be a very valuable asset."

Local filmmaker Ken Cosentino, who owns and operates Falls-based White Lions Studio, LLC, with his wife, Elizabeth Houlihan Cosentino, agrees. He believes the right elements are starting to come together to raise the profile of the Buffalo-Niagara region as a place where movies can not only get made but also made under budget.

"When bigger studio films come into town and want to save a few pennies, they will look to us to provide some resources, to provide production value," Cosentino said. "Our key focus is on growing local and independent filmmakers and helping them start their own production companies."

For Kennedy, making movies isn't just an idea. It's also a job.

He has had roles in area theater productions for years, including work on shows with the Lancaster Regional Players and Theatre in the Mist in Niagara Falls. He said his first real experience with Hollywood moviemaking came in 1998 when he was invited to the set of "Dogma," a film directed by Kevin Smith of "Clerks" fame. He went on to win a pair of national acting contests and has found work on several television shows, including the Fox series "Shark" and "NipTuck" on FX. He also made appearance in the Batman blockbuster "Dark Knight Rises" and was on the set when "Marshall" was being made in the Falls.

Closer to home, Kennedy and Cosentino have worked together on several projects. They co-produced "Attack of the Killer Shrews," a remake of the 1959 cult classic, "The Killer Shrews." Kennedy also played one of the lead characters - Sheriff Martin Blake - in the remake.

While the process has involved a lot of hard work, he thinks having a similar "can-do" attitude is vitally important to growing the television and movie production industry across the region.

Cosentino, who has directed and produced several feature films, believes the Falls and Niagara County can have a brighter future by embracing the potential of filmmaking not just as an art form but as a catalyst for business and growth. He said White Lions Studios is currently working on a variety of scripts and projects and he's hopeful the addition of the studio in Buffalo will bring more exposure to the region. Cosentino and his wife, who is an actress and seamstress, are also preparing to launch a new online costume and props shop next month.

"We've established our brand," he said. "We put the Niagara in the Buffalo-Niagara film industry."

A FOUNDATION FOR FILMMAKING

Cosentino said film and television production has made strides in recent years in Western New York, in part due to efforts to grow the local workforce.

Years ago, he took part in a program at Niagara County Community College that sought to give area residents the skills they needed to work on film and television production. Since then, Cosentino said, the local unionized workforce has continued to grow, making the region more attractive to larger studios.

"When we first started, there was not enough union members in the region to make a movie," said Cosentino. "Now, it's in the upper hundreds, to the point where we can house a bigger film. As we grow it, we will be able to pull in those bigger franchises."

He pointed to last year's production of a "A Quiet Place: Part II" as a good example of how the market is now better equipped to meet the labor demand.

"They filmed here, but it's not only location. There were local hires in the union that could work on the crew. That's very important," he said.

Another positive change involves the availability of more incentives.

In recent years, New York state has taken a more proactive approach to attracting film and television business by authorizing the Film Tax Credit Program, which provides a 25% for qualified production expenditures. Cosentino said the tax credit can be an important benefit, especially where larger productions are concerned.

Cosentino said he would like for Niagara Falls and Niagara County lawmakers to consider exploring similar local tax incentive programs in an effort to attract more film business to the area.

Both Cosentino and Kennedy noted that major studio work often involves dozens of workers, all of whom need places to stay and eat, which can lead to real financial benefits for area hotel, restaurant and bar owners as well as tax revenue for cash-strapped municipalities like the Falls.

Cosentino also thinks movies and television may offer at least part of a possible solution to one of the city's bigger issues  - acres and acres of largely vacant or underused commercial and industrial land.

"I'd like to see more studio work here and to build them here because those properties are just sitting vacant and they would be paying taxes and building an industry here," he said.

When it comes to other benefits, Kennedy said the Falls in particular has plenty to offer in terms of locations. In addition to Niagara Falls State Park, Kennedy said there are numerous spots that he believes would lend themselves to great locations for film and television shoots. Both he and Cosentino have made a comprehensive list of prime shooting areas that they are able to make available to studios as needed.

"We have everything you could possibly want here other than a desert — and a desert could be created," Kennedy said. "We have waterways, buildings, farm lands, railroad tracks, old warehouses and a lot of nice houses, too."

"I think there are so many talented people around here and what we've been lacking are opportunities," she said.

The novel coronavirus has impacted just about everything and television and film production has been no exception.

Ken Cosentino noted that lifestyles and working environments in major production hubs like New York City, Toronto and California have all had to adjust to the spread of the disease, which has forced companies to consider other options and begin developing new long-term plans for getting television shows and movies made. Cosentino believes the situation could lead to more producers and directors to consider smaller venues, like the Falls and Buffalo, to do their work.

"Hollywood is migrating here," he said. "New York City is migrating here. You are always going to have Toronto and those other places, too, but the pandemic has caused Hollywood to derail and shut down. It's a big problem for them and they are losing billions of dollars."

What they aren't losing is viewers.

With more people staying inside, demand for content on streaming services is at an all-time high. As a result, Cosentino said, the film and television industry has a growing demand for content, and not all of it involving major, multi-million-dollar blockbusters.

"It's going to be awhile before Hollywood gets back online because there are so many moving parts," Cosentino said. "Streaming services like Netflix need content and they are looking to indy studios to produce content on a budget."

Both Kennedy and Cosentino believe one of the biggest obstacles to growing the film and television production business in and around the Falls comes down to a simple thing - attitude.

While they have both worked on their own productions and movies and television shows involving bigger names and more prominent actors, they said it's still often difficult to convince Western New Yorkers that it's possible to accommodate more of that level of production here.

"In Niagara Falls, until somebody sees a legitimate success of any kind, people are not going to believe it's possible because people are literally programmed to bring people down. It is a thing here. I love my people, my family and my friends. I love it here, but we all know there's a negativity," he said.

In addition to changing local attitudes, Kennedy believes it's important for officials in the Falls and Niagara County to continue an open dialogue and a productive relationship with the Buffalo-Niagara Film Commission, which is the main point of contact for film and television production in Western New York.

His message remains the same: The Falls and Niagara County have much to offer.

Like Kennedy, Ken Cosentino believes the Falls has the potential to be a landing spot for productions - both major and minor - in the future.

"When Hollywood started, it was just a desert with a strip. In Niagara Falls, we have a natural wonder of the world. We are already way ahead of what they had to begin with," he said.