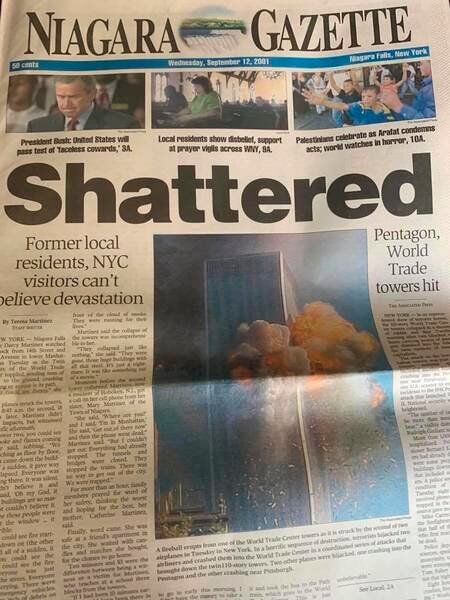 The cover of the Sept. 12, 2001 Niagara Gazette featured a striking image of fire, smoke and debris streaming out of the World Trade Center towers. 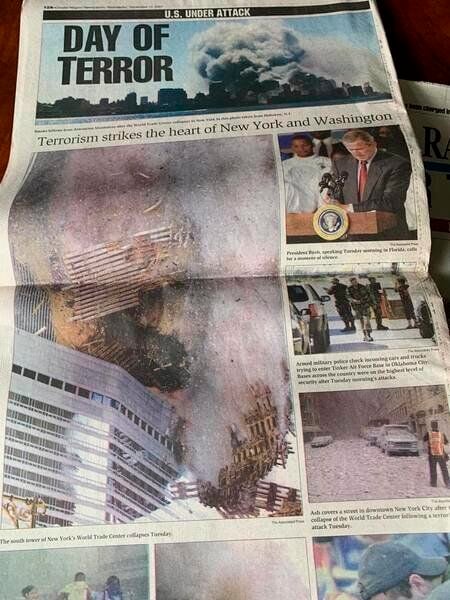 The Sept. 12, 2001 edition of the Niagara Gazette featured a back page full of photos from the events of 9/11. 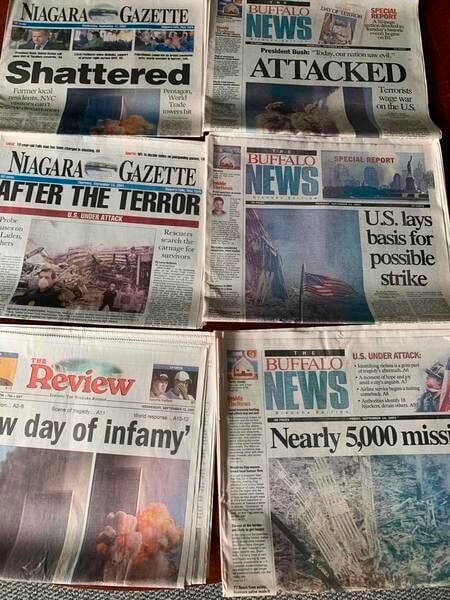 Niagara Falls resident Anne Hesson recently gave the newsroom several copies of editions of the Niagara Gazette, the Buffalo News and The (Niagara Falls, Ontario) Review from the days that immediately followed the Sept. 11, 2001, terrorist attacks on the United States. 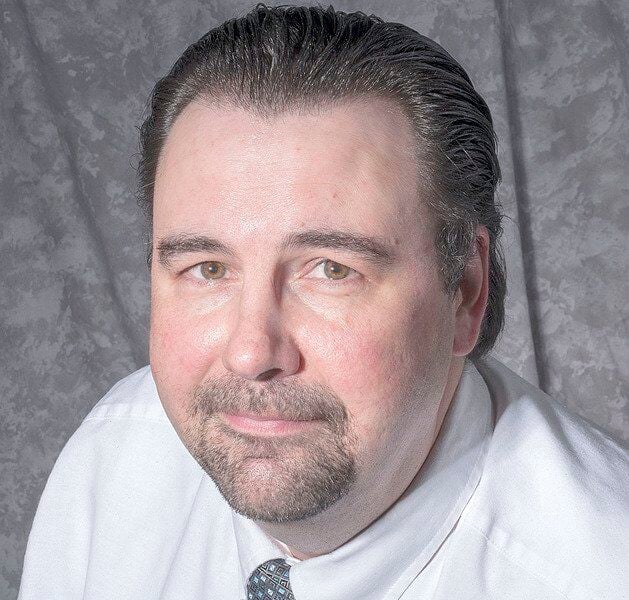 The cover of the Sept. 12, 2001 Niagara Gazette featured a striking image of fire, smoke and debris streaming out of the World Trade Center towers.

The Sept. 12, 2001 edition of the Niagara Gazette featured a back page full of photos from the events of 9/11.

Niagara Falls resident Anne Hesson recently gave the newsroom several copies of editions of the Niagara Gazette, the Buffalo News and The (Niagara Falls, Ontario) Review from the days that immediately followed the Sept. 11, 2001, terrorist attacks on the United States.

My column from a few weeks ago about a woman who gave me a bunch of old newspapers generated a lot of responses.

Several people offered me the chance to take a look at their private collections.

A few, including longtime reader Anne Hesson of Niagara Falls, asked whether I wanted some old publications they have been saving for years.

All the attention reminds me what I already knew and have always believed: Despite all the negative publicity surrounding the demise of the print news industry, a lot of people still appreciate the historic value of the good, old-fashioned printed word.

Anne's collection is a history and print lover's dream.

Her donation included an amazing Dec. 3, 1968 copy of "Look" magazine featuring a cover photo of former President John F. Kennedy and his son, "John John," under a headline promoting an inside "exclusive picture story" titled "The President and His Son."

There's also a "Life" magazine from July 1983 with a feature on rising star and "million-dollar cutup" TV comedian Eddie Murphy and the "Runaway Kids" who fled their homes and found themselves struggling to survive on the streets of Seattle.

Then there's an exquisitely written column under the heading "The View from Here" by Loudon Wainwright. The topic: "Cries of plague for Mysterious AIDS."

Besides, Anne's bag of news goodies contained something much more pressing and timely.

As it happens, her pile of old print materials included copies of the Niagara Gazette, the Buffalo News and The Review from Niagara Falls, Ontario, from the days that immediately followed Sept. 11, 2001.

My byline appears on several of the Gazette stories, including one published on an inside page in the Sept. 12, 2001 edition. The piece, co-written by then-Gazette staffer Susan Mikula Campbell, featured excerpts from my interview with James Glazebrook, a Newcastle, England native who came to Niagara Falls following a visit to New York City that included a stop at the World Trade Center.

Interviewing Glazebook is, to this day, one of my lasting memories of 9/11.

It was by sheer happenstance that I found him while searching for interview subjects at the old Press Box restaurant on Niagara Street.

We talked about how he was literally looking down on New York City from one of the Twin Towers just three days before the terrorists struck and brought the buildings to the ground.

"It was an amazing view," Glazebrook told me. "I took a lot of pictures from the observation deck. This was a bit of a surprise. I was lucky. It was all timing."

The rest of the piece focused on various Niagara Falls residents who reflected, as all of us did and often still do, on where they were and what they were doing when they heard the tragic news.

"I was watching 'Good Morning America' and Diane Sawyer came on and said 'we have what we believe is a plane crashing into the World Trade Center,'" said Joe Palillo, who lived on 20th Street at the time. "Then they started showing pictures and I saw the second plane come and hit it.

"We're not used to that," he added. "I heard someone say they thought it was worse than Pearl Harbor. I agree."

I don't know about "worse."

Other headlines are equally dramatic and in keeping with the moment.

The editions of the Niagara Gazette from the week of Sept. 11, 2001 feature, in big, bold type, headlines like "Shattered" and "After the Terror."

"ATTACKED" is the headline from the Sept. 12 edition of the News, with a quote above the fold from President George W. Bush that read: "Today, our nation saw evil."

All of the cover photos capture the enduring images of that dark day, including full-color shots of debris falling from the fiery towers as they started to crumble.

There are images of first responders, including a group of New York City police officers who were wearing masks, as they sifted through the rubble in search of survivors.

On the cover of the Sept. 13, 2001 edition of the Buffalo News, there's a particularly striking image of the American flag flying above Ground Zero. Below the flag pole are three New York City firefighters, covered in dust and looking exhausted, but who still mustered up enough energy to make sure "Old Glory" got hoisted above the site where so many Americans lost their lives.

The main headline from the Sept. 14 edition of the Buffalo News speaks volumes. It reads, simply: "Nearly 5,000 missing."

The official fatality count would eventually come in at 2,977 — a lesser number but no less staggering.

The stories surrounding their loss returned to me, in print and in black and white, thanks to a gift of old newspapers from my new friend Anne Hesson.

With a pandemic still raging, millions of Americans still unemployed and millions of others still contending with longstanding concerns about racial inequality and social injustice, it's good to be reminded of a time not so long ago when Americans didn't lean quite so hard to the Right or to the Left.

Back then, we managed to find common ground around Ground Zero as Americans from all backgrounds came together to lift the nation as a whole.

This part of our history shows what we should already know: We're strongest when we work together.

On this day, and all days, that something all Americans should Never Forget.

Mark Scheer is the regional news director for the Lockport Union-Sun & Journal and the Niagara Gazette. Call him at 282-2311, extension 2250.