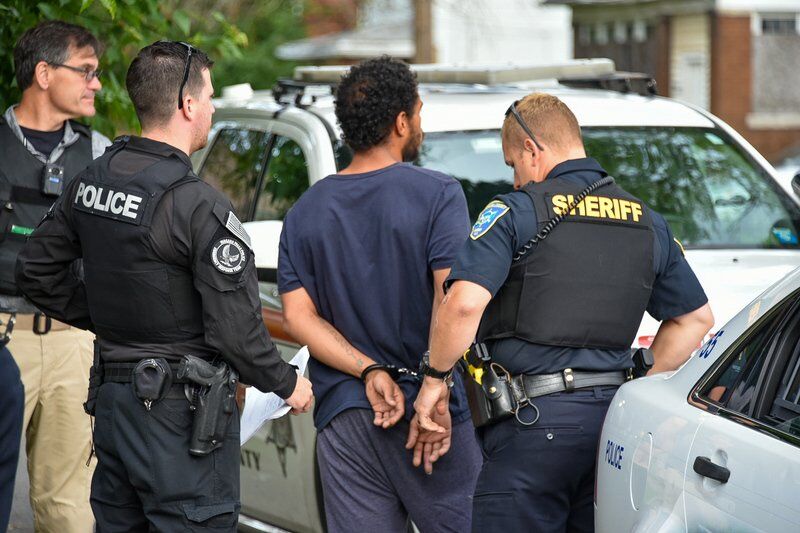 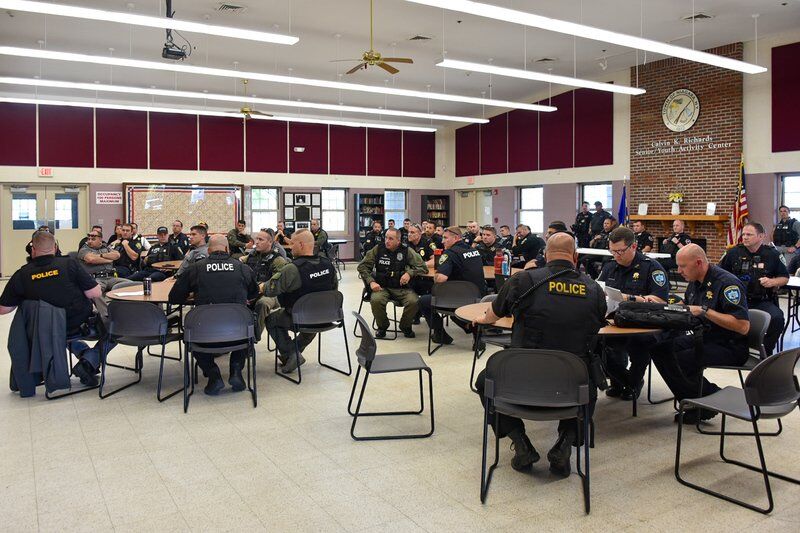 Members of a multi-agency law enforcement task force staged at the Calvin K. Richards Senior/Youth Activity Center in the Town of Niagara.

Members of a multi-agency law enforcement task force staged at the Calvin K. Richards Senior/Youth Activity Center in the Town of Niagara.

When members of a multi-agency law enforcement task force showed up at Christopher Pugh’s Pierce Avenue home Tuesday morning, he was not happy.

Armed with an outstanding warrant for Pugh’s arrest, the officers took him into custody. But Pugh had a question for the officers.

“He said, ‘How come you’re arresting me when my neighbor has an indictment?’,” the officers said.

So they checked with police dispatchers who confirmed that Pugh’s neighbor, Mark Jones, was also wanted on an outstanding arrest warrant. Moments later Jones was also in custody, he and Pugh among 46 individuals swept up in a large-scale operation targeting criminal offenders in the city.

Just after 7 a.m. Tuesday, Falls Police officers, along with deputies from the Niagara County Sheriff’s Office, officers from the North Tonawanda, Lockport, Town of Niagara, Lewiston and Somerset police departments, Niagara County Probation officers and New York State Police troopers swarmed through the Cataract City looking to pick up violent felony fugitives as part of a continuing effort to crack down on a recent increase in crime, in particular shootings and homicides.

“This operation was a continuation of the collaborative efforts between the Niagara Falls Police, the Niagara County Sheriff’s Office, and other area law enforcement partners to address crime on the streets of the city and throughout Niagara County,” Falls Police Superintendent John Faso said.

The task force consisted of 31 two-person teams from the nine participating agencies. The task force officers carried more than 362 arrest packets and required their own dedicated radio frequency to not interfere with routine police operations.

“It was a great team effort by Niagara County law enforcement agencies to continue our crime reduction efforts in Niagara Falls,” Niagara County Sheriff Michael Filicetti said. “I would call it a success and we plan on future operations.”