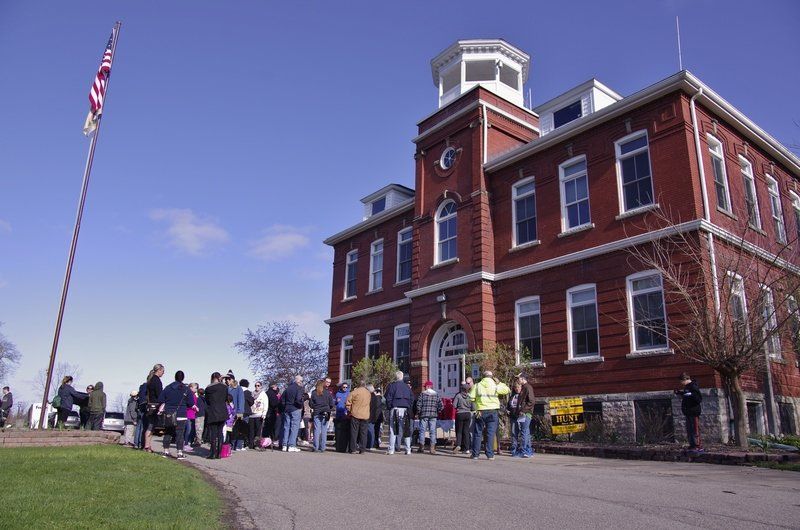 Joan McDonough/staff reporterCommunity groups cleaned up the Village of Lewiston this weekend in honor of Earth Day. 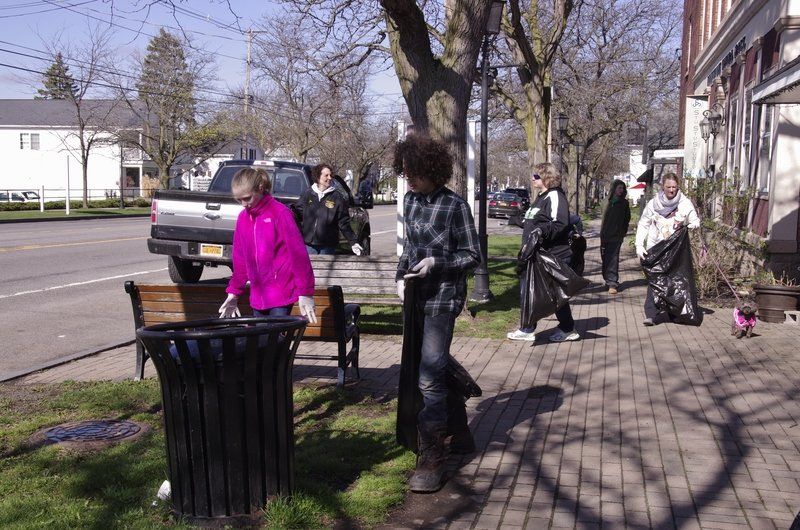 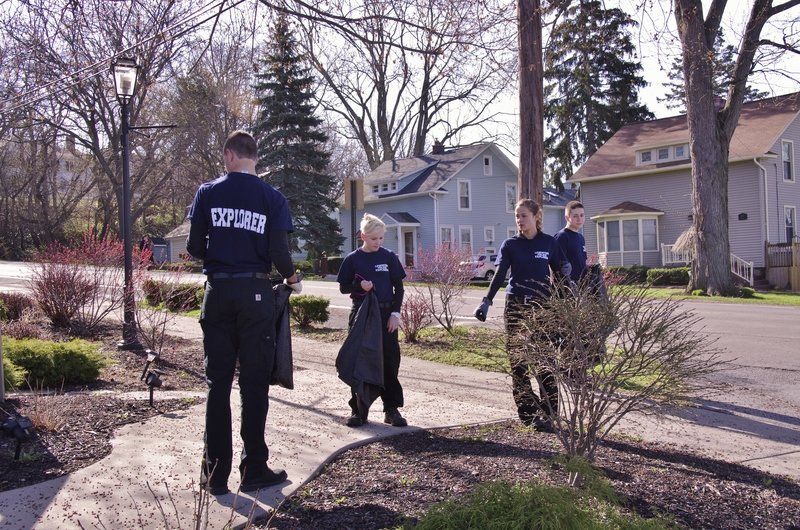 Joan McDonough/staff reporterThe Lewiston Police Department Explorers collect trash on their way down to the waterfront as part of the clean up.

Joan McDonough/staff reporterCommunity groups cleaned up the Village of Lewiston this weekend in honor of Earth Day.

Joan McDonough/staff reporterThe Lewiston Police Department Explorers collect trash on their way down to the waterfront as part of the clean up.

LEWISTON — Local community groups came together Saturday morning for the annual spring clean up for Earth Day. Several area groups were represented, as well as individuals from the community.

Village Clerk Amy Salada, who organized the event, said it goes back at least 15 years to former mayor Richard Soluri. Everyone met up at the Red Brick School by 9 a.m. for their bags, gloves and maps.

While waiting for everyone to gather, volunteers could enjoy coffee, hot chocolate and Timbits donated by Tim Hortons at 2248 Niagara Road owner, Robert Burns. Each group took a map of the village with a different street or section highlighted and went out to pick up trash throughout the village.

Lewiston-Porter Middle School Builders Club students were some of the volunteers Saturday morning. Builders Club is just one of the community service and character building clubs sponsored by the Kiwanis Club of Lewiston.

Middle schoolers and club officers Adelaide and Eloise Buth, along with their mom Melissa, ventured out with the group along Center Street. The girls said it was important to clean up trash to keep animals safe and to make sure Lewiston stays nice to look at.

Another group to participate was the Lewiston Police Department Explorers. The 25 young men and women who participate in the Explorers program learn about being an officer and caring for their communities. A handful of members were able to make it out to the cleanup, including Officer Jeff Swick and member and Explorers President Ariel Mrzygut.

The students explained that this program gives them a leg up on their career paths to law enforcement. They go through courses, testing, resume building and have preparation for police academy applications. In addition to educational efforts, the group participates in community activities like this one, to care for the places they one day hope to help protect.