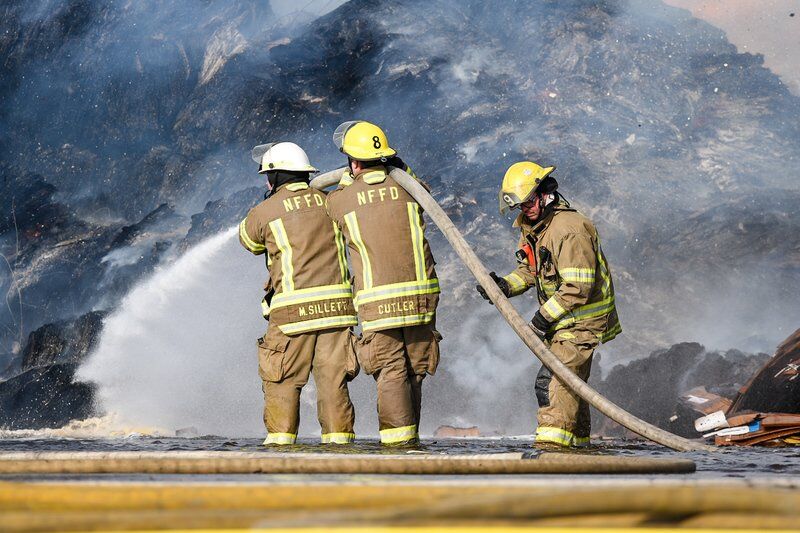 Niagara Falls firefighters soak smoldering bales of cardboard as the slow process of eliminating any remnants of Friday's fire continued into the afternoon. Fire crews were expected to be on hand through tonight. 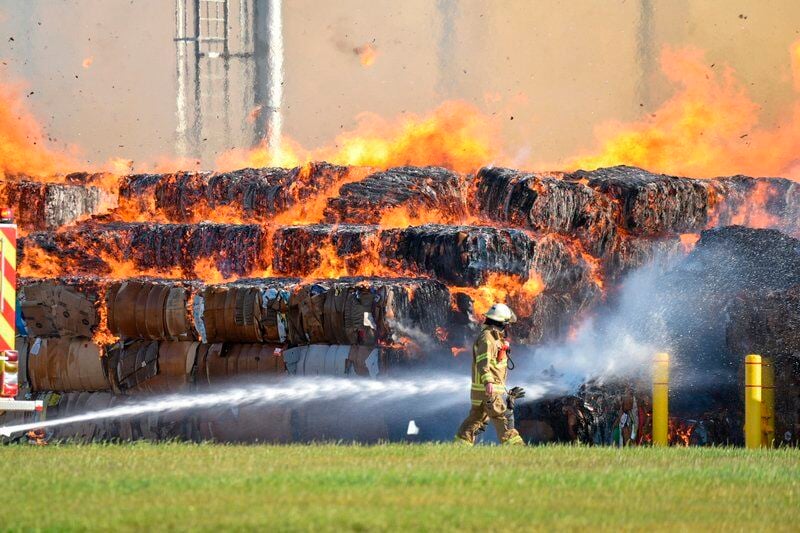 A firefighter walks past burning bales of cardboard as the second large fire in six years at the Greenpac facility on 47th Street raged Friday morning. 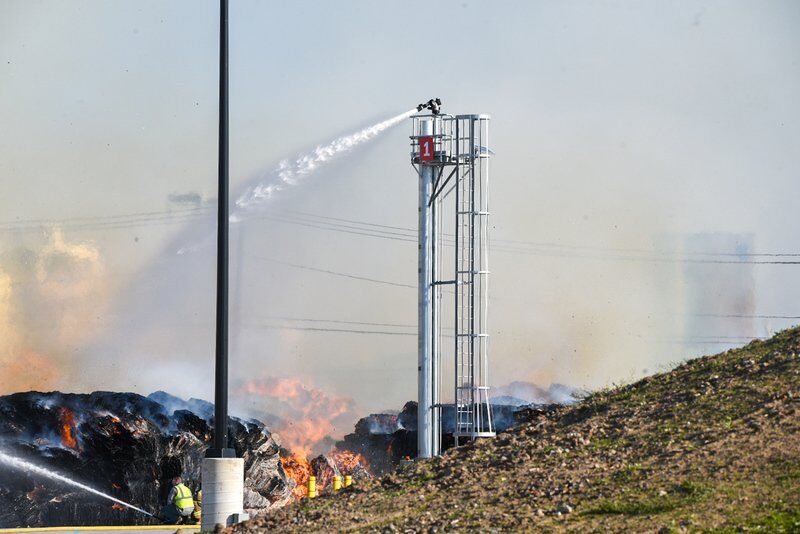 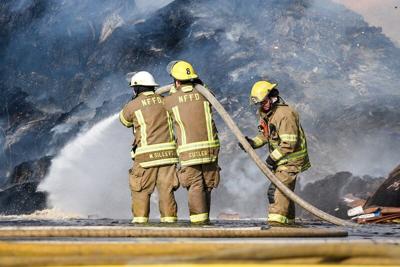 Niagara Falls firefighters soak smoldering bales of cardboard as the slow process of eliminating any remnants of Friday's fire continued into the afternoon. Fire crews were expected to be on hand through tonight.

A firefighter walks past burning bales of cardboard as the second large fire in six years at the Greenpac facility on 47th Street raged Friday morning.

Falls firefighters say they may be on-site at a massive paper fire until sometime Saturday, after the second such blaze in six years tore through a storage area of the Greenpac liner board manufacturing plant on 47th Street on Friday.

By mid-afternoon, firefighters said they had the blaze contained, but cautioned that smaller fires were still "popping up" from sparks being carried by strong winds. They also said it will take time to rip open individual bales of paper to make sure that the fire does not reignite.

"We're going to have to excavate ourselves out of this," Falls Fire Chief Joe Pedulla said. "We have to dig the fire out."

The chief said excavators and front loaders will be used to separate the bundles of scrap paper that went up in flames.

"We have to rip the individual bales apart and make sure the fire is completely extinguished," Pedulla said. "Otherwise they can smolder and reignite. So yeah, we're gonna be here awhile."

The fire erupted around 9:30 a.m. and flames spread quickly among the bales of scrap paper stored in an area just northeast of the plant.

"It was heavy fire, wind driven and moving rapidly," Pedulla said. "As as the crews saw what they had they began calling-in equipment."

All on-duty crews and equipment in the city were dispatched to the fire. They were joined by firefighters from the Niagara Falls Air Reserve Station and the Grand Island, Niagara Active and Frontier Volunteer Fire Companies.

In the aftermath of the 2014 fire, which raged for five days, plant operators and Falls Fire officials instituted revised plans for the storage of the scrap paper that fuels Greenpac's operations.

The massive stacks of baled paper were positioned with wider spacing between them to give firefighters greater access in the event of a fire.

"Just by moving the product, it helped a great deal this time," Pedulla said. "There was no threat of fire to the plant this time."

Late Friday afternoon, firefighters began concentrating their efforts on extinguishing the main body of the blaze and were working to stop the fire from spreading further to the north of the plant property.

Falls police said they were blocking traffic at 47th Street and Niagara Falls Boulevard and at 38th Street and Royal Avenue.

At the height of the 2014 fire, the flames from the blaze shot hundreds of feet into the air and the smoke plume was visible on weather radar screens. Images from the National Weather Service in Buffalo showed a smoke plume extending about 40 miles northeast as the high winds pushed it toward Newfane and out over Lake Ontario.

Residents in the Town of Niagara and Ransomville reported ash on their cars and in their driveways.

All city crews called to Greenpac fire scene in the Falls