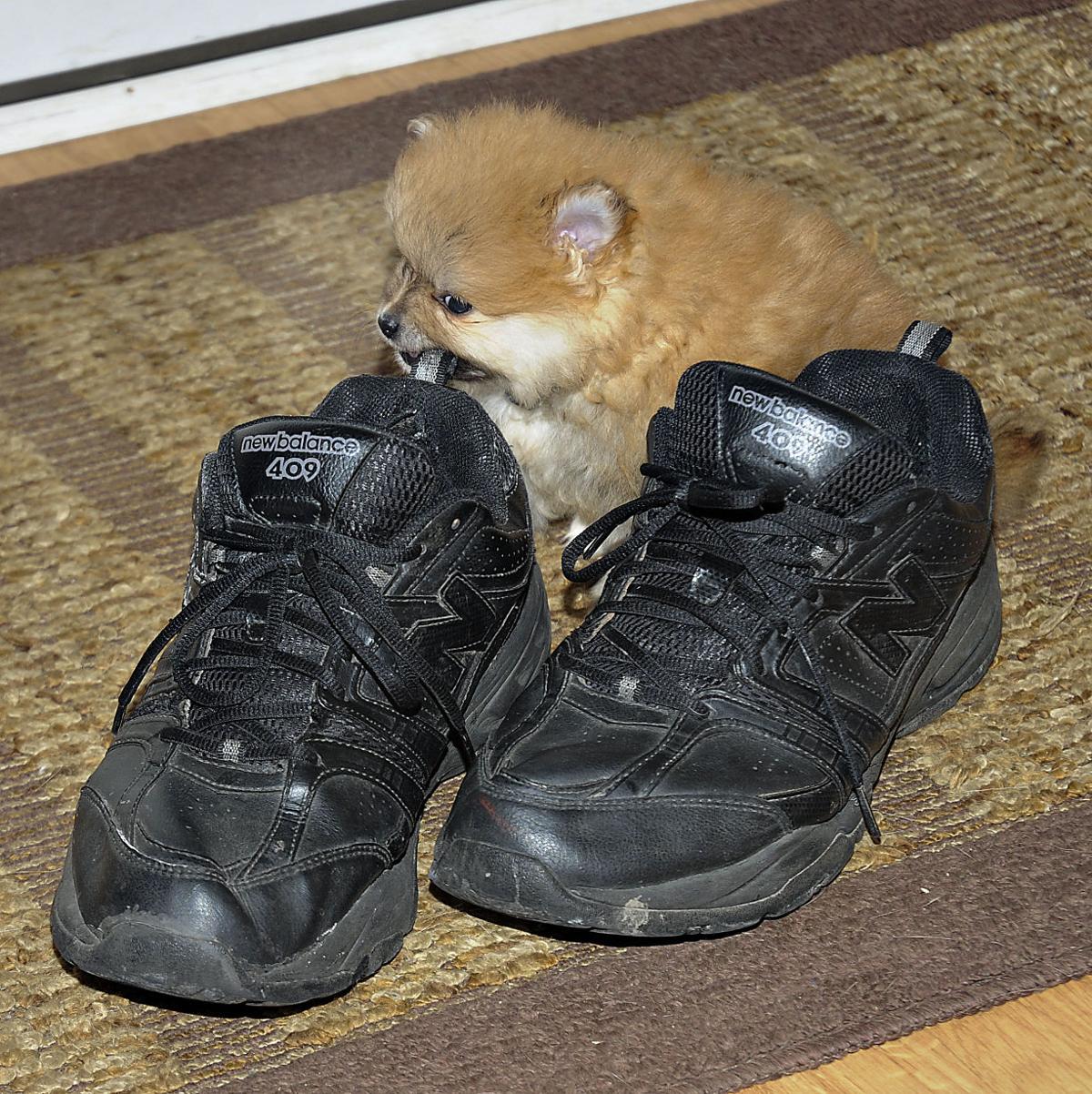 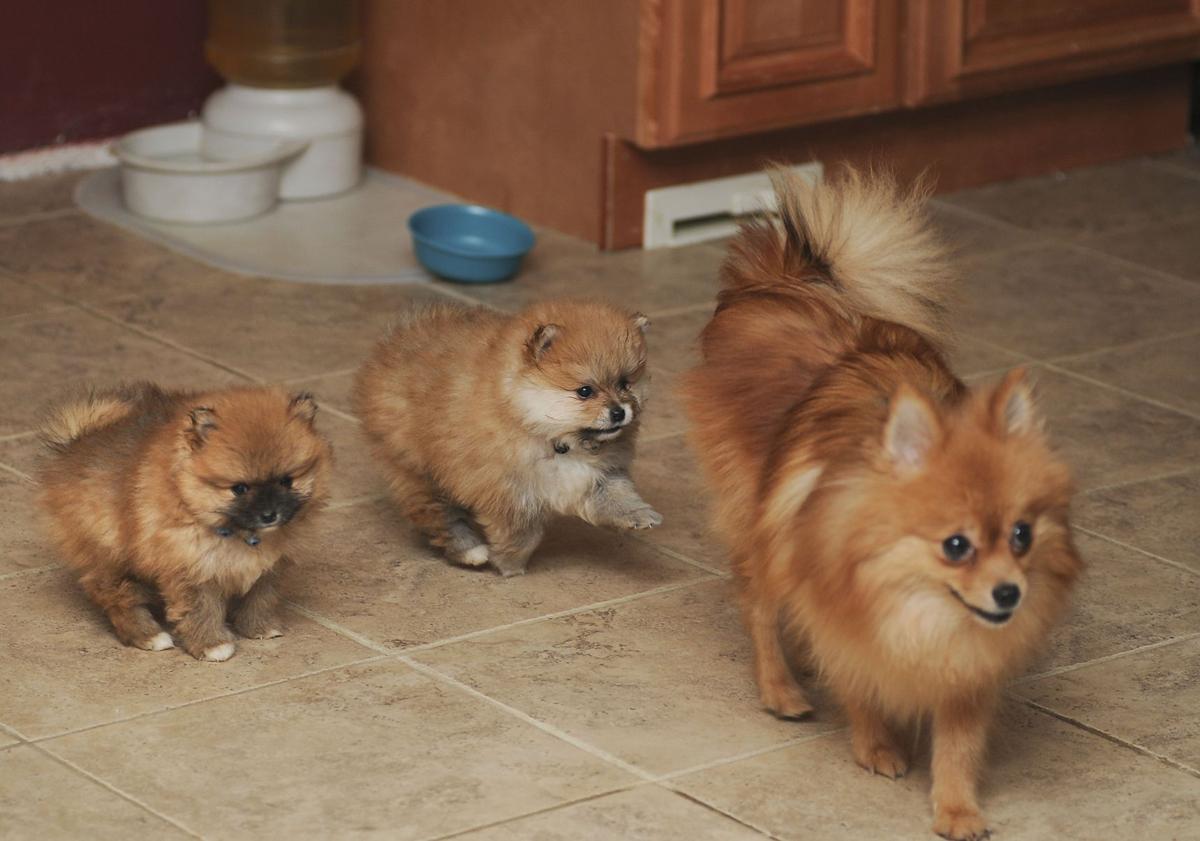 MAKING THEMSELVES AT HOME: Fostered SPCA of Niagara dogs, from left, Teddy, Sophie and Gracie. 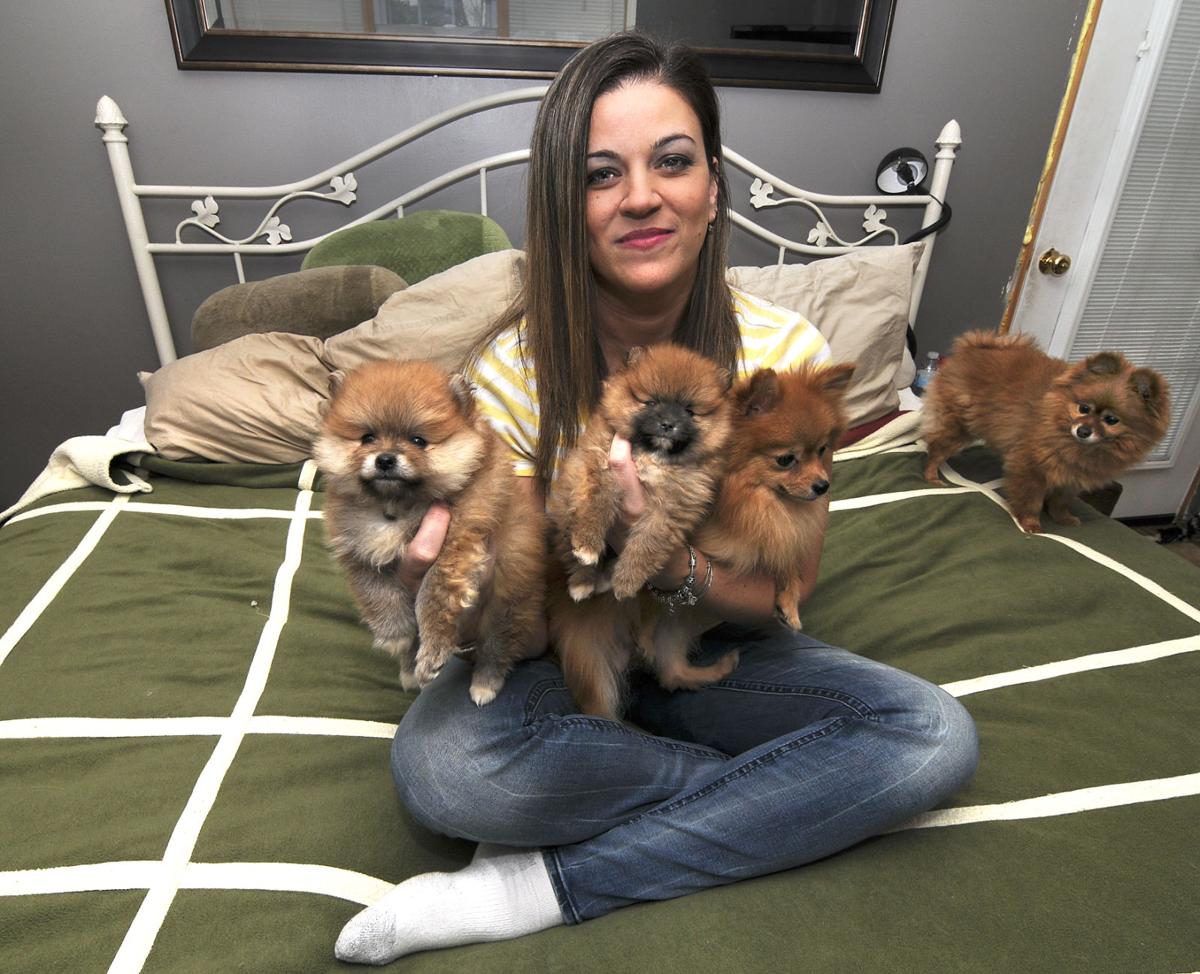 PHOTOS BY James Neiss/staff photographer EXTENDED FAMILY: Cindi Stricklin, who has stage 2 cancer, is fostering a mother and two puppy Pomeranians for the SPCA of Niagara. Stricklin is holding, from left, Sophie, Teddy and Gracie while her dog Penny looks on at right.

MAKING THEMSELVES AT HOME: Fostered SPCA of Niagara dogs, from left, Teddy, Sophie and Gracie.

PHOTOS BY James Neiss/staff photographer EXTENDED FAMILY: Cindi Stricklin, who has stage 2 cancer, is fostering a mother and two puppy Pomeranians for the SPCA of Niagara. Stricklin is holding, from left, Sophie, Teddy and Gracie while her dog Penny looks on at right.

When Cindi Stricklin and her family decided to foster three recently rescued Pomeranian puppies, they didn’t realize that the puppies might also rescue them.

But that’s what seems to be happening at the Stricklin household these days, where two tiny teddy-bear shaped puppies and their equally tiny mother, have been staying since they were removed from a dirty, overcrowded breeder’s home by the SPCA of Niagara.

“Puppies make people smile,” said 15-year-old Liz Stricklin, holding one of the puppies close to her face and, of course, smiling. Despite how little they are, or maybe because of it, three Pomeranians rescued by her family are bringing some much needed happiness to the household as the Stricklins face their greatest challenge. Liz’s mom, Cindi, was diagnosed with stage two thyroid cancer last summer and, after extreme radiation treatment in September, doctors recently found a spot on her lungs.

The family has been waiting for Cindi to have another round of scans in March, so the dogs are providing a much needed distraction. And the family is providing the dogs with some much needed love and attention.

The three Pomeranians were among 64 rescued recently when Niagara County SPCA agents raided what is alleged to be a Lockport puppy mill. The dirty, undernourished trio were among dozens jammed together in stacked cages and as soon as Cindi heard about them, she went to the SPCA and offered to foster one of the dogs. She came home with three — two tiny teddy bear-like puppies and their mother, who herself is just over a year old.

The family already has a 10-year-old Pomeranian, Penny, and as two cats, but despite all the fur, the Robinson Road, Lockport, home is bright and tidy. The Stricklin family, which includes Cindi, her husband, Shane, Liz and her brother, William, 13, have already decided to keep the Pomeranian mom, who they call Gracie, and who came to them very anxious. Gracie, also was malnourished and extremely anxious, but is just now beginning to respond to all their affection. Gracie, hopefully, will stay with the Stricklins.

“This is going to be her forever home,” said Liz. The puppies, Teddy and Sophie, are going to be hard to let go of, but the family knows that’s the whole point of fostering — to get dogs ready for their new families, and Teddy has a family waiting. Liz try to convince her grandparents, Mary and Ralph Owens, to adopt Sophie, and the whole family is grateful that SPCA foster families get first chance to keep the dogs they are caring for.

There are still about 20 puppies from the recent raid at the SPCA, according to director Andrew Bell, who said that about half of the rescued Pomeraneans have homes waiting, once their medical needs are met, including being spayed or treated for dental issues and slipped joints. Even better news is that all the attention the Pomeranians received has increased the number of people looking to adopt dogs and cats at the SPCA, he said.

For the Stricklins, fostering and adopting have proven to be a win-win, Cindi said, cradling Teddy in her arms tenderly as he slept, oblivious to the conversation and laughter that circled around him.

As she looked down tenderly at the puppy’s furry little body, she recalled the darkest days of her cancer diagnosis, which came in June after she began experiencing dizzy spells and extreme exhaustion.

Once she received the diagnosis and began treatment, the bills began to pile up. After a radiation treatment so potent no humans or pets could be within 3 feet of her, she had to undergo five body scans recently to see if the cancer had been defeated. The scans showed the cancer had spread to her lungs. Her out-of-pocket expenses for just that single day of treatment were an insurance co-pay of about $6,000.

With all the uncertainty ahead, the fostered Pomeranians are like a balm to soothe the family’s worries. “Things have definitely been more chaotic,” said her husband, Shane Stricklin, a health care staffing administrator, said of the fostering. “But I think it has lifted our spirits at the same time, because we’re doing something good. “

In what some may consider a satisfying twist, family and friends of the Stricklins are doing something good for them, as well. A benefit for the Cindi is planned for 1 to 5 p.m. March 3 at the American Legion - A.J. Jurek Post #162 in Amherst. Her mom and dad, who she calls her best friends, and her brother, William Owens, are leading the charge for her and those who want more information or to donate a basket, can visit www.courageforcindi.website.com or call Ralph Owens, at 471-8681.

Her dad was deeply touched by his daughter’s resolve to bring comfort to the innocent, mistreated dogs at a time in her own life when comfort is hard to come by.  “There are day when she can hardly take care of herself but yet this beautiful lady can find the strength and love to reach out and rescue puppies,” he wrote in an email about Cindi, adding, simply, “God, I love her!”

TO HELP A benefit for the Cindi Stricklin is planned for 1 to 5 p.m. March 3 at the American Legion - A.J. Jurek Post #162 in Amherst. For those who want more information or to donate a basket, visit www.courageforcindi.website.com or call Ralph Owens, at 471-8681.