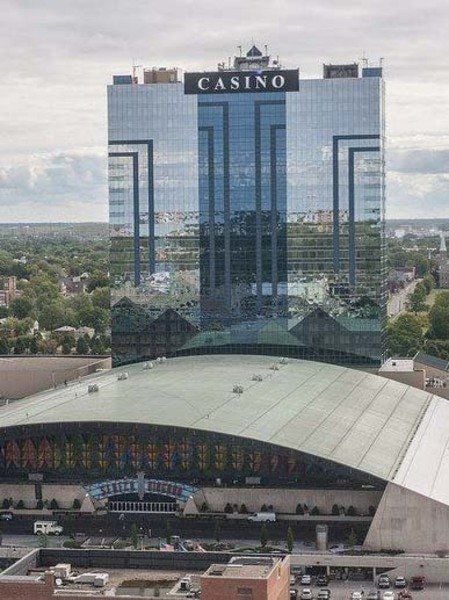 A view of the Seneca Niagara Resort & Casino in Niagara Falls from the 19th floor observation level at the Giacomo Hotel. 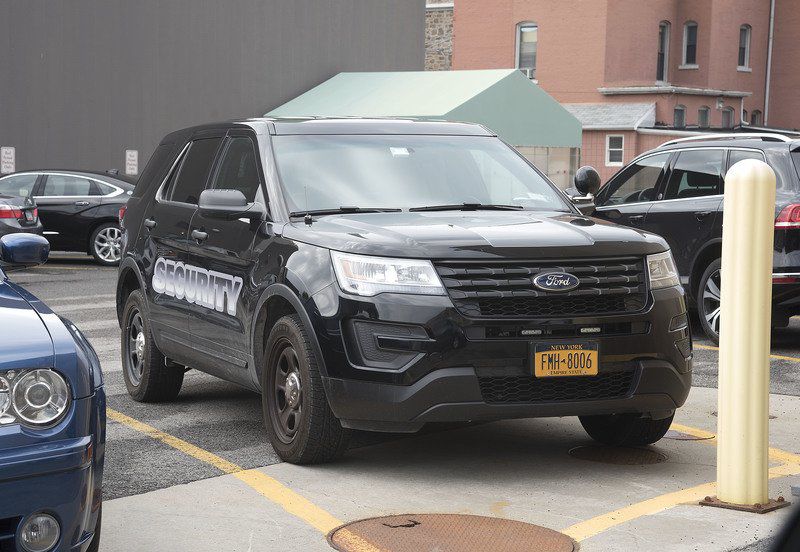 A view of the Seneca Niagara Resort & Casino in Niagara Falls from the 19th floor observation level at the Giacomo Hotel.

The Seneca Nation’s payments to the state for the operation of three Western New York casinos, money that is now in question amid a contract dispute, was never meant to directly compensate the city for its police services.

The Seneca Niagara Resort and Casino, upon opening, hosted a New York state Police detail within its facility as a security measure. The contract ended between 2012 and 2013 over Seneca claims that it had been charged an exorbitant price for the services.

Since at least 2013, there has been no other law enforcement security detail inside the casino. According to a top city police official, security personnel the casino does employ are unarmed and there is no active shooter protocol for the casino on file with the Niagara Falls Police Department.

Requests for police at the casino have only grown in the years since State Police left.

In an interview this week, Mayor Paul Dyster said the ongoing situation has been an “irritant” in the relationship with the Seneca Nation, the state and the city.

“All of this becomes a matter of heightened concern after the tragedy that recently occurred in Las Vegas,” the mayor said, referencing the domestic terrorism incident on Oct. 1 where 59 people were shot dead and 489 others were significantly wounded.

After the State Police contract ended, a pair of security proposals were made to the Seneca Nation by the city, according to Niagara Police Superintendent Bryan DalPorto. Negotiations were unsuccessful and no deal was ever signed.

The Niagara Gazette sought copies of the original security contract through Freedom of Information Law requests to the State Police and state Gaming Commission, both of which indicated no copy of the original contract was on file.

In an interview this week, DalPorto said the situation’s urgency began the day the State Police agreement ended at the casino.

“They’re gambling on their customers’ safety,” he said.

While the Seneca Nation declined to answer specific questions about local security protocols and those at its other casinos, a prepared statement from spokesperson Phil Pantano described the city’s stance in regard to casino security as “troubling,” suggesting patron safety remain a top priority.

“In a city largely dependent on tourism, I find it troubling that the police superintendent would resort to fear mongering targeted at our patrons,” Pantano said in an email to the Gazette. “The safety of the millions of guests we bring into the city of Niagara Falls and the thousands of people we employ has always been, and remains, our highest priority.”

The proposals made to the Seneca Nation in past years suggested teams of two officers remain on duty in the casino 24 hours a day, DalPorto said. A total of at least 10 officers would switch out in team shifts.

The department would have charged the casino millions annually, DalPorto said, but called it the “cost of doing business” and a reimbursement for the costs to local law enforcement.

After negotiations proved fruitless, Dyster said he decided with DalPorto that “rather than refusing to assist” the city would provide security on a “case by case” basis for local events provided the nation “compensated us for our costs.”

DalPorto and Dyster said the Seneca Nation had recently paid the department for overtime costs associated with two concerts held in August, but the police superintendent said the burden of daily calls remains a concern.

The average calls for service per day have risen from about 0.7 in 2007 to more than 1.5 in 2015 and 2016. Across the nine years of data the Gazette obtained, the most frequent police calls at the casino were for larceny allegations, numbering 400 of the 3,625 total requests for assistance. Some 335 calls involved accusations of trespassers, 222 were for reports of “unwanted persons,” 207 for property damage, 191 for public intoxication and 143 for hit-and-run accidents.

As it stands, patrol officers assigned to the city are pulled off the streets and routed to the casino on a priority basis for calls, DalPorto said.

DalPorto said the absence of an inhouse police detail in the Falls casino is “severely putting their customers at risk.” To his knowledge, the ad-hoc situation in the Cataract City is not similar to that of the other two Western New York municipalities currently hosting gaming facilities.

“This is the largest of three facilities and the only one without a police detail,” DalPorto said.

Even with cooperation from the casino, DalPorto said the facility poses unique security questions for his department.

“You’re not only talking about the gaming floor, you’re talking about a hotel, several restaurants, bar facilities, all of which creates its own problems for law enforcement,” he said.

In the absence of an agreement, DalPorto said there is not a statutory duty, but a “moral obligation” for his department to respond to calls at the casino due to the number of local citizens and visitors that patronize the facility.

DalPorto said the tragedy in Las Vegas was an extreme example of a security threat, but to assume “it couldn’t happen” in the Falls would be ill-advised.

“We hope that it doesn’t (happen), but to not be prepared is not doing their customers or the citizens of Niagara Falls justice,” he said.

Pantano said the gaming corporation “regularly reviews security operations and protocol in order to provide a safe and enjoyable experience” for guests and employees.

“Like everyone in the hospitality industry, we are once again reviewing and discussing all security measures at each of our properties in the wake of the hotel tragedy in Las Vegas,” he continued.

“In Niagara Falls specifically, we strive to work collaboratively with the Niagara Falls Police Department when we host large-scale events, such as our outdoor concerts. In fact, Seneca Gaming Corporation has agreed to reimburse the City of Niagara Falls for the overtime costs to have 13 NFPD officers on-site during our two outdoor summer concerts in August. That level of cooperation makes the attempts to single out Seneca Niagara among all of the hotels in Niagara Falls even more troubling,” the statement concluded.

In instances where suspects are apprehended and booked in the city after being detained at the casino, Dyster said a new set of problems arise.

Because of the sovereignty entitled to the nation on its 52-acre downtown tract, suspects apprehended there and transported to local booking can create a complicated basis for any potential, future charges, Dyster said.

“The legal foundation on which the entire sequence of operation rests is shaky,” he said, adding that there is limited U.S. case law to guide prosecutors and judges.

Dyster said the casino ranks among the biggest potential security and emergency concerns in the city, including as it relates to the Niagara Falls Fire Department.

Dyster said the Seneca Nation were the city’s neighbors, while the concerts and events they hold attract visitors, are a benefit the city.

DalPorto was previously reluctant to discuss security details at the casino publicly because it highlighted a security risk. He said he had decided to answer Gazette questions because of the continued absence of law enforcement at the facility.

“When I see any impediment to the protection of people, it’s my duty and obligation to step up and say something about it,” he said.

If pointing to a “lack of preparedness is fear mongering, then so be it,” he said.