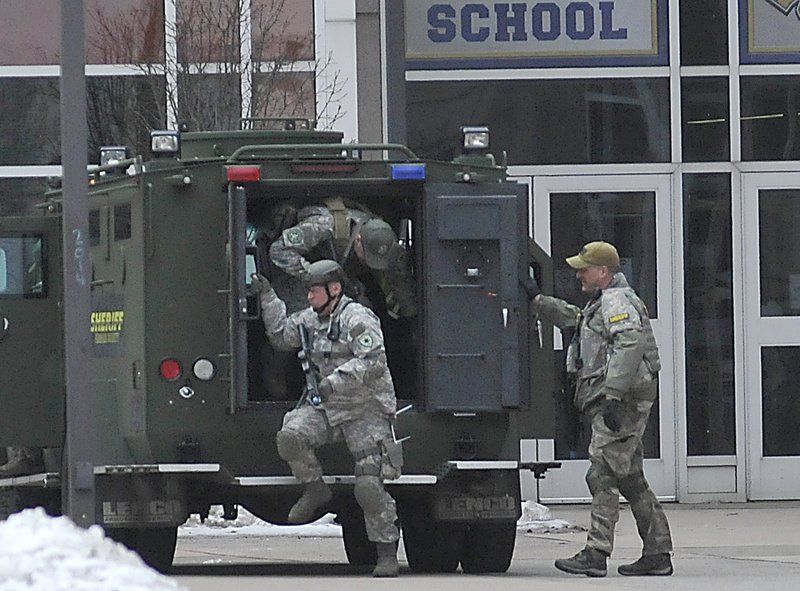 Members of the Niagara County Sheriff’s SWAT Team deploy their armored truck at the front door of Niagara Falls High School in 2015 where an active shooter drill was held. 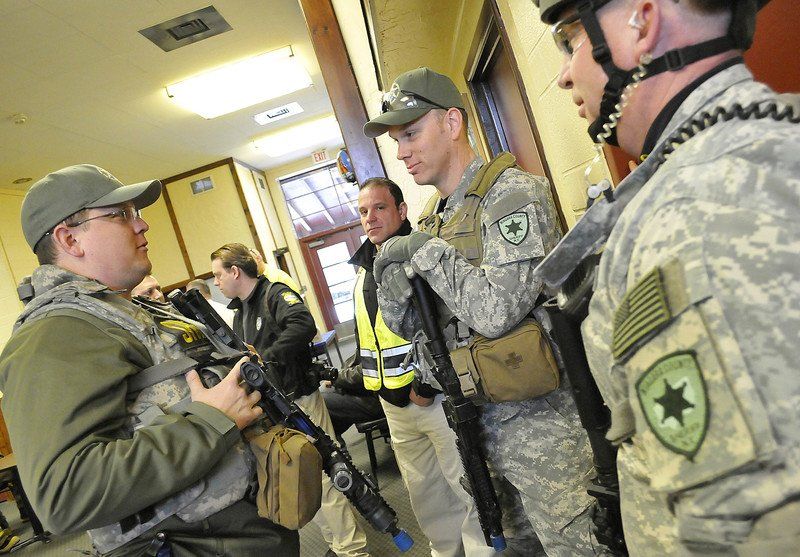 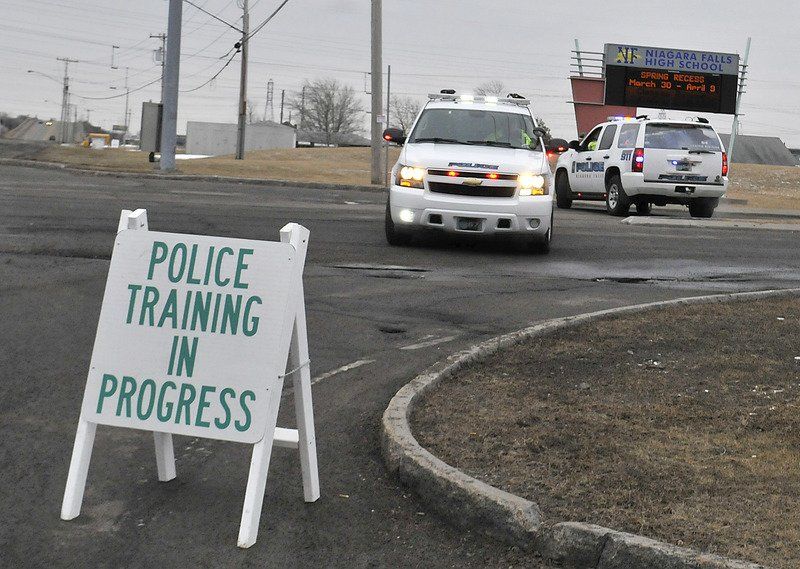 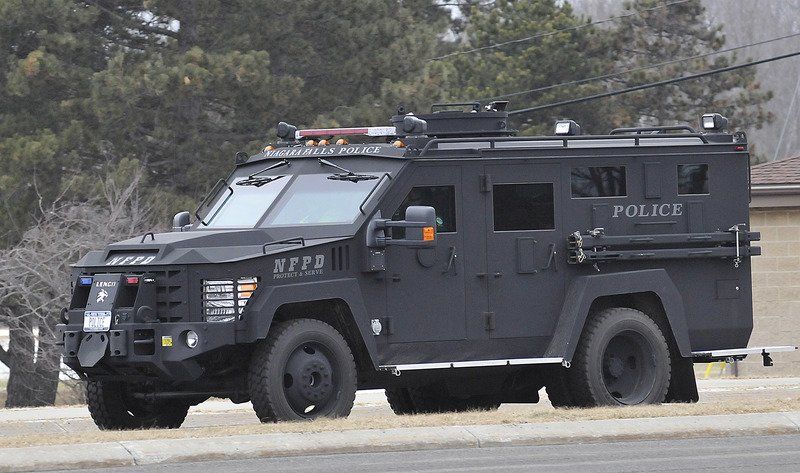 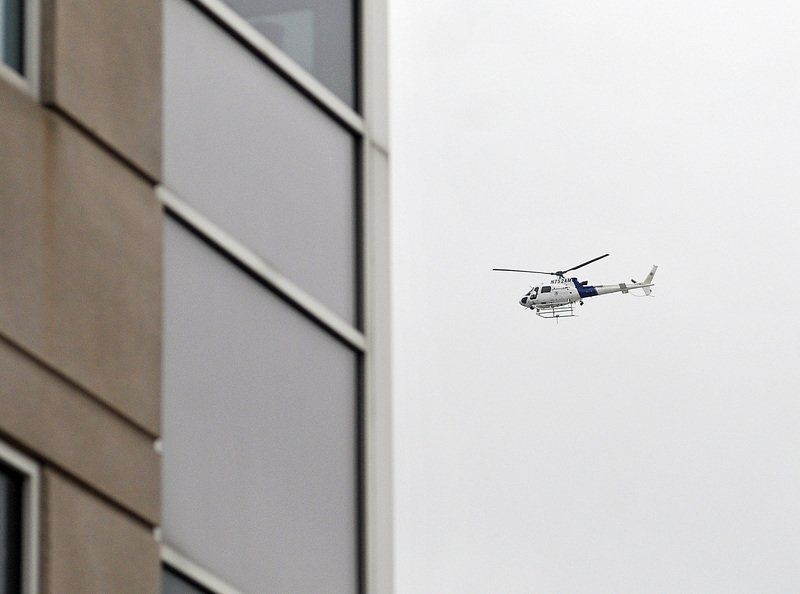 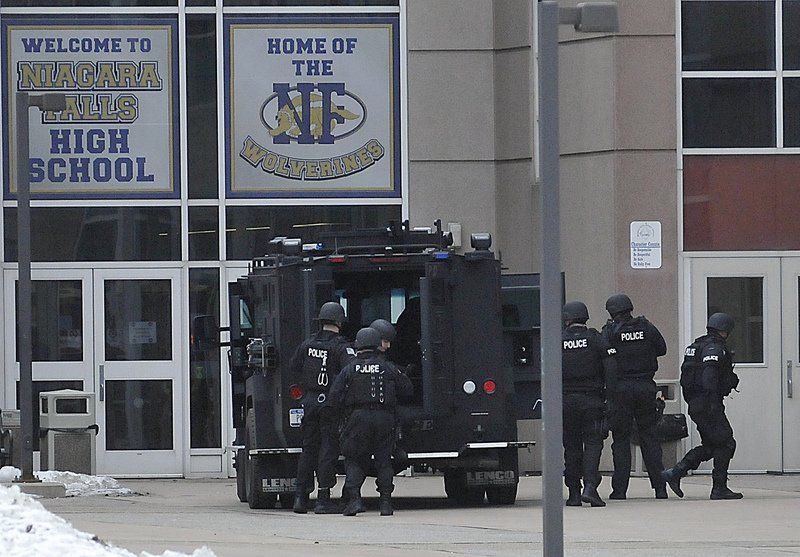 Members of the Niagara County Sheriff’s SWAT Team deploy their armored truck at the front door of Niagara Falls High School in 2015 where an active shooter drill was held.

As aircraft from the U.S. Border Patrol flew and hovered overhead Friday morning, schools Superintendent Cynthia Bianco stood in the parking lot of the Hyde Park Golf Course and looked across the way at Niagara Falls High School.

All the entrances to the school were blocked by city police. Emergency response teams from the Falls Police Department and Niagara County Sheriff’s Office, in armored vehicles, were approaching the front entrance of the school.

A live video feed of the activity, coming from both a Border Patrol plane and helicopter, was streaming into a law enforcement command post nearby.

For almost 90 minutes local and federal law enforcement agencies practiced for an event they hope will never happen: the takeover of a public place by a group of gunmen.

“Drill or not, it was unnerving to see SWAT guys go in there,” Falls Deputy Police Superintendent Kelly Rizzo said. “You just hope it never happens”

The drill began with a call to 911 and the broadcast of a report of “a suspect with a gun in the high school.”

As city police patrol officers arrived at the front doors of the school, they found security guards suffering from multiple gunshot wounds. As they entered the building, they found school staff who had been the victims of an improvised explosive device (IED).

Police dispatchers announced an “active shooter” incident at the school. Ambulances, firefighters and “all available officers” were directed to the scene.

“It’s 420,000 square feet, four stories and has 160 rooms, teaching spaces and offices,” Laurie said. “There are so many paces (where an attacker) could hide. That’s the scary part.”

Just as Laurie talked about the potential hiding places came word to incident commanders that one suspect was “down,” but the other gunman had taken hostages in a classroom.

As the incident commanders communicated with the officers inside the building, the Border Patrol aircraft continued to provide “eyes in the sky” for them. Rizzo called that type of help “critical.”

As negotiations began with the hostage-taker, emergency response team officers began to ferry wounded staff from the school to a medical triage area at the golf course parking lot. Then, as sections of the school were secured, officers began moving students and staff from offices and classrooms into the gym.

“I think it went well,” Police Superintendent Bryan DalPorto said. “The school district has done very well with their preparations. We will analyze the exercise from the initial 911 call through the end of the event and we’ll see what went well and what didn’t go well.”

Passed away January 16, 2021. Survived by sisters, Katrina R. (Chester) Overbeck, Jane (Richard) Meeks, Jacqueline and Katrina A. Overbeck and families. Private services at the convenience of the family.

Daughter of the late William A. and Margie F. (Minor) Mann. Delores is predeceased by her husband of 57 years, Eugene Blazejewski. Private Services. Visit rhoneyfuneralhome.com for full obituary.