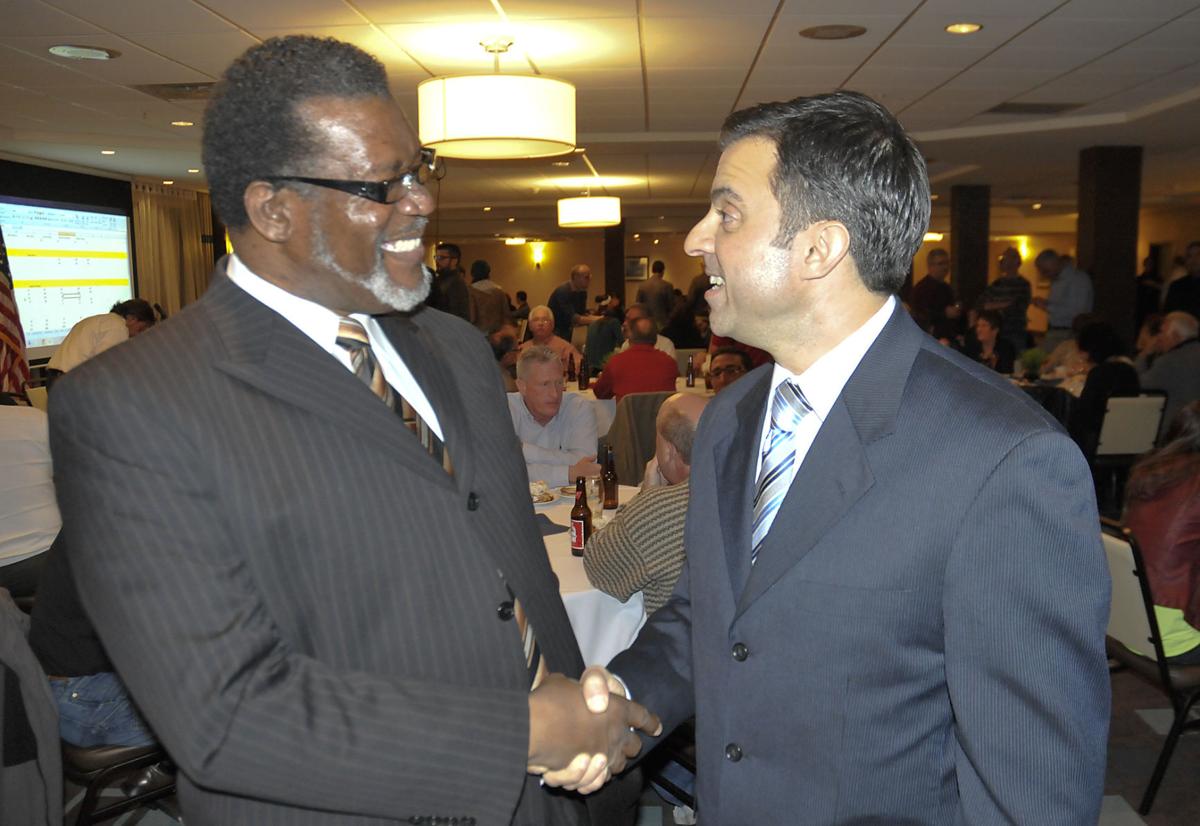 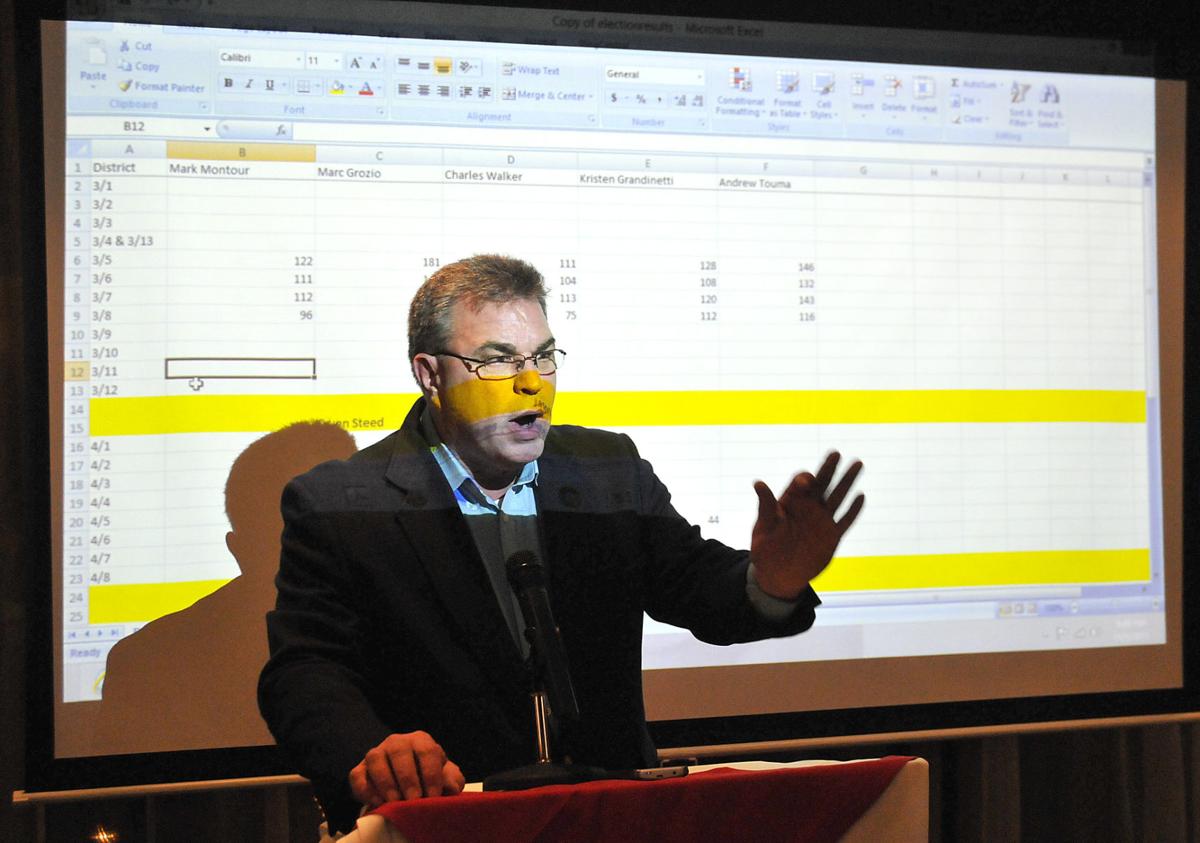 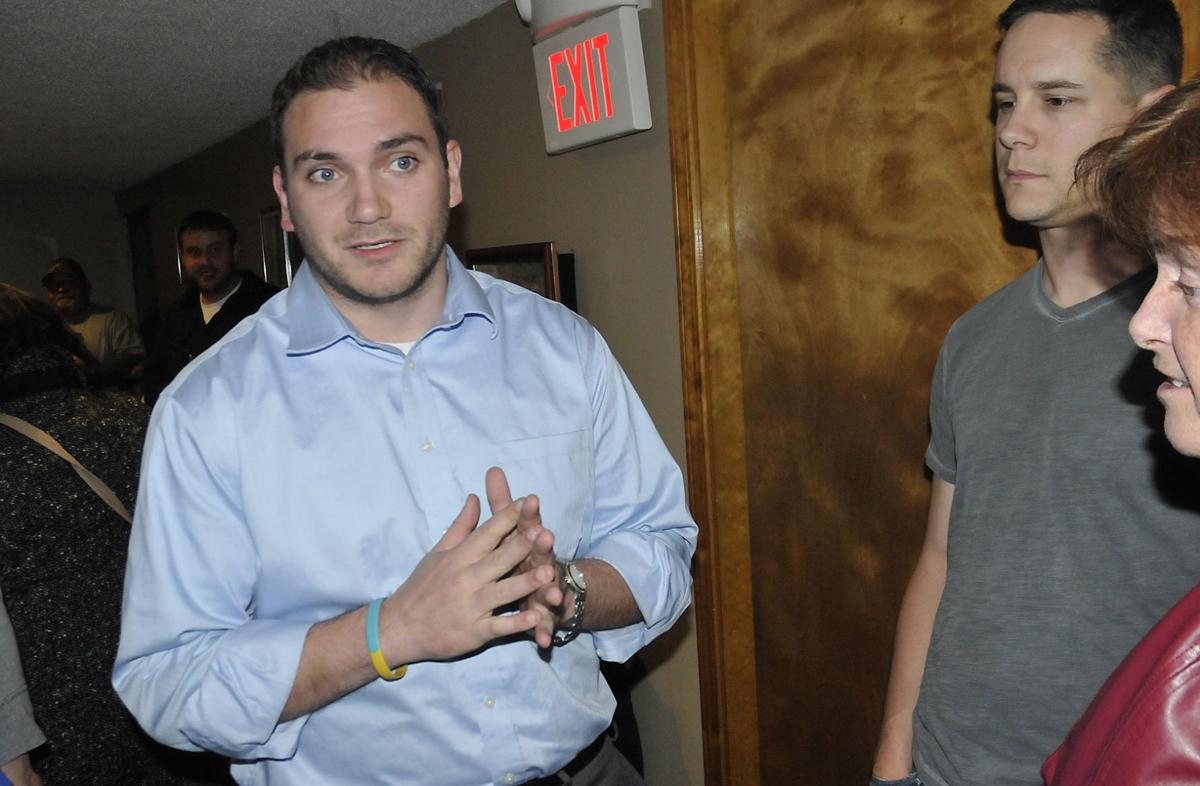 A trio of endorsed Democrats who billed themselves as progressive lawmakers willing to work together for the benefit of the city swept Tuesday's race for Niagara Falls City Council.

Incumbents Kristen Grandinetti and Charles Walker will be joined by newcomer Andrew Touma on the five-member council next year.

The endorsed Democrats appeared in ads together and were described by their opponents as a "new majority" that would be friendly to Mayor Paul Dyster's administration. They also picked up a pair of high-profile endorsements from Gov. Andrew Cuomo and U.S. Rep. Brian Higgins, D-Niagara Falls and Buffalo.

In print and in radio ads, Cuomo personally characterized the three Democrats as the "partners in progress" he needed to help his administration make good on its significant investments of state dollars in the city. Cuomo's endorsement followed months of controversy surrounding the Hamister Group's plan to build a $25 million hotel downtown. The project was stalled amid questions raised by the current council majority, including Chairman Glenn Choolokian, Robert Anderson Jr. and Sam Fruscione, who lost the Democratic primary in September.

The current majority often found itself at odds with Dyster and his administration. During an election-night celebration with fellow Democrats at the Sheraton Four Points Hotel on Buffalo Avenue, an elated Dyster harkened back to his successful 2011 re-election campaign where he promised to push the "Fast Forward" button on progress in Niagara Falls.

"Now everybody's going to be moving in the same direction in the city of Niagara Falls," Dyster said.

"We've worked very hard to put this city on the verge of economic greatness again," he added. "Now the pressure is on us to deliver what we've promised to the voters."

Touma was the top vote getter — as he was in a four-way September primary for the three Democratic lines — with 4,208 tallies. Grandinetti took 3,736 votes and Walker garnered 3,464 votes, according to unofficial results from the Niagara County Board of Elections.

"The residents of Niagara Falls have collectively expressed their voice and are ready to move our great city in a positive direction," Touma said during his acceptance speech.

Touma, who credited his success to his door-to-door campaigning and positive message, said that the election was a "victory for the people" and that while the campaign was hard work, it will only get harder.

"The big job is ahead of me," Touma said. "That's to work with folks to move the city forward."

Touma, like his Democratic colleagues, pointed to Cuomo's endorsement as a sign that the state is taking a genuine interest in the future of Niagara Falls.

"Right now the relationship we have with the governor in all levels of government is in place," Touma said. "And so, with that, with the mayor and the council working together, I think we can move this city forward."

Walker, who won a fifth term with Tuesday's victory, faced a barrage of criticism in the form of campaign mailers funded by the New York State Republican Committee in recent weeks. He credited his success to working hard and having faith.

"Look at the money state Republicans threw at this race to get me out and here we are, still going," Walker said, referring to campaign support provided to Republican candidate Vincent Sandonato. "I think it goes to show what a little hard work will do."

Walker said he intends to keep working hard at making sure the city makes strides in the right direction, acknowledging the faith Cuomo put in him and his fellow Democrats.

"We're going to do all we can to help the governor make good on what he said," he said.

Walker said he's confident the three Democrats, working with Dyster and Cuomo, will be able to move Niagara Falls in a new direction. Walker noted that Cuomo has shown he is interested in investing in the Cataract City, meaning that the time is right for economic development.

"Pretty much, the governor, he put his word out there," Walker said. "As a council, our goal going forward would be to make his word good."

Grandinetti literally did a dance of joy during her turn at the podium, thanking friends, family and campaign supporters, especially all those in the younger-age bracket who worked hard on her behalf. She also thanked Cuomo and Higgins for their endorsements.

"It's unprecedented the attention we got from our state and federal officials," she said.

Sandonato, Russel Vesci, and Robert Elder ran as endorsed Republicans while incumbent Fruscione continued to campaign on the Conservative and Independence party lines following his loss in the Democratic primary.

Sandonato received 2,877 votes followed by Vesci with 2,619, Fruscione at 2,594 and Elder getting 674 votes, according to the unofficial results. Sandonato, who faced a steep climb with heavy Democratic voter enrollment in the city, said there are "no excuses" for his loss.

"We had a game plan and we executed it," Sandonato said. "Unfortunately it didn't work out. The whole purpose was to kind of give voters a choice and I think we did that."

The former county legislator offered congratulations to the three winners, saying that he hopes his campaign helped bring issues and ideas into the public discussion that will continue to be discussed.

"Hopefully, (the council members) realize that this was a heated race," Sandonato said. "A lot of issues were brought out. Maybe we address them."