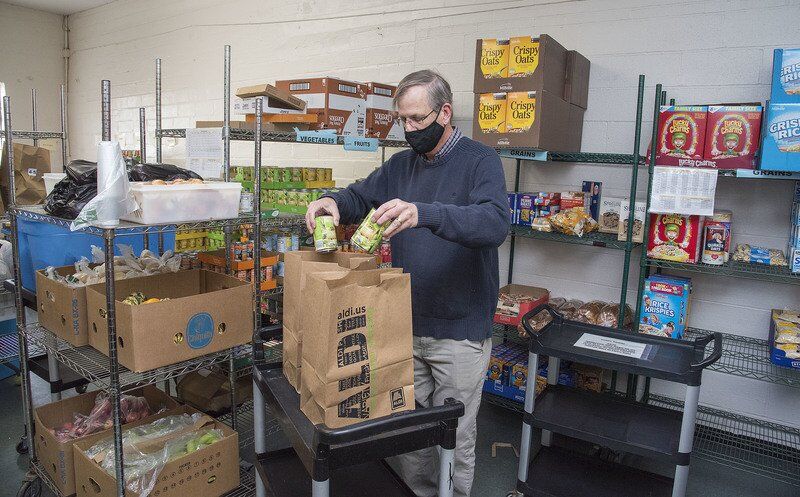 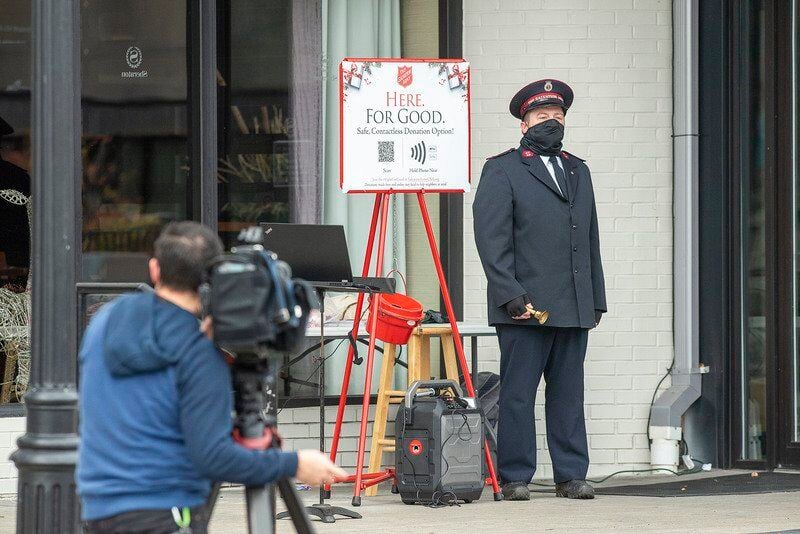 2020 was an especially hard year for local nonprofits.

As we enter the 2021 holiday season, local groups say meeting the need has been a bit easier this year but there’s still an elevated demand in the community.

“Food requests are up, but not quite at the level during the lockdown, when we saw huge numbers of people that we had never seen before,” said Major Stephen Carroll of the Salvation Army of Niagara Falls. Carroll said that current numbers remain higher than they were prior to the outbreak of the coronavirus.

“Food donations are also up,” he said, “but we are not able to cover all the needs with donated food. We are still having to make purchases to meet current demand.”

While the demand is not being fully met, Carroll said the group fortunately isn’t experiencing desperate food shortages.

“We are about where we usually are, we always need a little more,” he said. “Kinda getting by is where we are.”

Community Missions is sharing similar experiences to the Salvation Army, according to spokesman Christian Hoffman.

“When Covid first hit we saw donations virtually stop dead that first month,” he said, “then they started to bounce back, with cash donations at first and then clothing.”

Hoffman pointed to charities eventually being flooded with clothing and other items as people used time in lockdown, or quarantine, to go through their belongings to find goods for donation.

Now, with the holidays approaching, he sees more food donations coming, especially Thanksgiving fixings. Hoffman said traditional items such as stuffing, cranberry sauce, and even a few turkeys are making their way to the mission. Turkeys, he said, are still tough to come by.

Hoffman said that, while he has been associated with the holiday food drive for nine years, this has been the most difficult year for getting turkey.

He said supply chain issues are a key reason.

“One donor usually gives us 50 turkeys every year,” Hoffman said, “but this year he was told he could only buy 3 at a time, so he’s providing us with gift cards instead.”

On the demand side, Hoffman also acknowledged that, while down from its pandemic-induced heights, need was still greater than it had been pre-pandemic.

“In our food pantry, where we essentially provide people with monthly groceries, we were serving about 150 people pre-pandemic,” Hoffman said. “At the height of Covid, due to a confluence of issues, when people were scared, out of work and didn’t know where money would come from, we were serving as many as 560 a month.”

Now the food pantry is serving between 200 and 300 meals each month.

Heart, Love and Soul is another meal provider focused on feeding Niagara’s hungry.

“Demand has been interesting over the course of the pandemic, we saw it spike for a month or two right around March 2020, but then it began to tail off. It has gone up and it has gone down,”Mark Baetzhold, the group’s executive director said. “It’s hard to predict.”

Prior to the pandemic, the group was serving about 125-150 meals per day. He said that demand leveled to about 100-125 daily meals, and has been slowly increasing toward the upper end of that range.

Baetzhold pointed to increased SNAP benefits and direct federal payments, as well as people being fearful of catching the virus, as reasons why some had been staying away.

“There are some people who used to be regulars that I haven’t seen since the pandemic,” Baetzhold said. But the need is still there.”

Donna Stevens, volunteer coordinator at the Niagara Gospel Rescue Mission, said the need around the holiday this year was about the same as last year. A need the group was able to meet. “Wow! Has God blessed us with turkeys, it’s been amazing.”

The mission plans to deliver about 900 meals in Niagara Falls on Thanksgiving Day and to feed another 75 people onsite. Stevens said that while the count is about the same as last year, it is down from pre-pandemic numbers.

“People have been calling the last 7 days and ordering,” she said.

To accomplish the task of feeding Niagara’s hungry, the Mission planned to have about 100 volunteers on hand Wednesday and another 150 on Thanksgiving Day. Stevens said, the volunteers are recruited through email, Facebook, letters to churches and word of mouth.

Many of those who help are repeat volunteers. In addition to delivering meals to homes, Stevens said the volunteers will sit, talk and pray with the people they are helping to feed.

The Salvation Army’s Carroll said that food donations are the best way to help the group because they do not have to pay any costs or fees.

“We can take the food and turn it around and put it right into the community,” he said.

“Often food donations that come in focus on a given foodstuff that may be on sale at local stores,” Carroll explained. “Whatever else we need we can purchase from the food bank or locally.”

The stores will often help out during holidays and times of special needs. He mentioned Target and Tops Friendly Markets as places the Army can go to get better deals on prices as the stores know the group is putting its purchases toward helping the community.

FeedMore of Western New York is another supplier for the Salvation Army. While FeedMore does not charge for the food, the Army still must pay transportation fees for food received through FeedMore.

When it comes to donations, Stevens believes donations to the Gospel Mission are up since the pandemic. She said, “people hear about the need and answer. They are so gracious coming and bringing things in, one person just bought 10 new pillows and brought them in for the men.”

In the case of the Mission at least, she said the number of available turkeys may be a little higher than normal. Said Stevens, “One man brought in 50, and another church just gave 70.”

While Baetzhold did not report seeing any shortages resulting from supply chain issues, he did point out that price increases have hit several of the foodstuffs they supply. He said cereal prices have increased as much as 40-cents per unit.

While Heart & Soul has received supplemental food support from the Nourish NY program since the early days of the pandemic, Baetzhold is not sure if this grant program will be renewed for 2022.