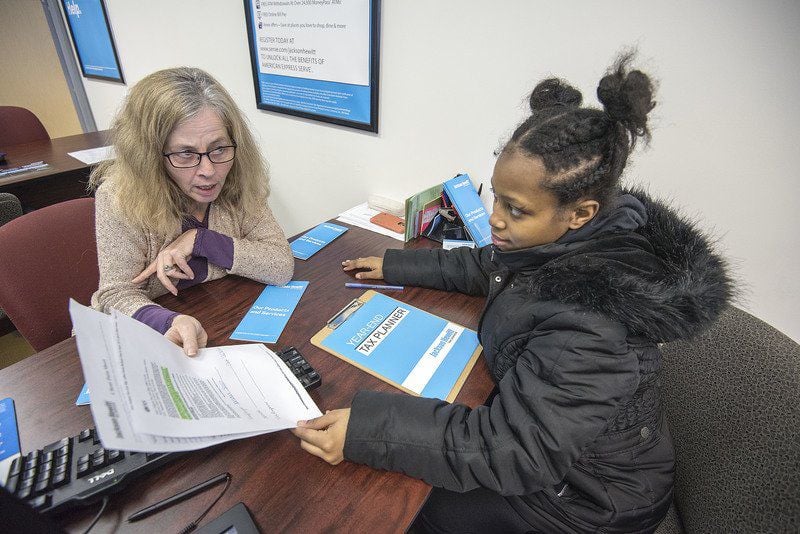 Photos by James Neiss/staff photographerTax Preparer Julie Ranney works with client Janeau Spires of Niagara Falls at the Pine Avenue Jackson Hewitt location. Refunds containing either of the tax credits will be delayed, in full, until Feb. 15 because of a law passed in December. 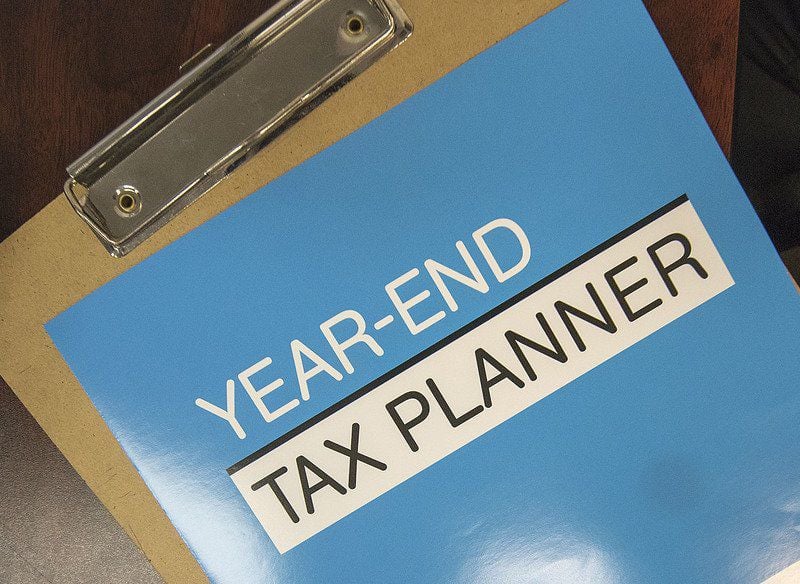 Photos by James Neiss/staff photographerTax Preparer Julie Ranney works with client Janeau Spires of Niagara Falls at the Pine Avenue Jackson Hewitt location. Refunds containing either of the tax credits will be delayed, in full, until Feb. 15 because of a law passed in December.

If you are banking on an earned income or additional child care tax credits as part of your IRS refund early this new year, don’t.

Refunds containing either of the tax credits will be delayed, in full, until Feb. 15 because of a law passed in December.

Among other changes to the U.S. tax code, the Protecting Americans from Tax Hikes (PATH) Act orders that the Internal Revenue Service hold refunds containing either of the tax credits in an effort to decrease tax identity fraud.

Donette Darrow, owner of Liberty Tax Service, said the change in the refund schedule has raised some concerns for she and her clients. People who claim those credits often rely on getting returns back at the end of January to cover important expenses, she said.

“It’s something I really do see every year, people come in really early (to file their taxes) because they need money for rent,” she said. “Chances are, people that need the money the most are going to have to wait to end of February. That’s a long time to wait.”

According to information released by H&R Block in November, the IRS has determined that one in five tax return payouts is made in error. It added that by giving the IRS additional time to weed out fraudulent filings, it can prevent revenue loss.

The international tax preparation company cautioned filers, adding that the refunds could arrive Feb. 15 by the earliest, but for some those returns could not arrive until several days later.

“It’s important for taxpayers who claim these benefits to plan now for the delay,” said Kathy Pickering, executive director at The Tax Institute at H&R Block. “Visiting with a tax professional now can help them better understand the overall impact.”

Jim Ingham, a financial advisor with Consumer Credit Counseling, said people should be vigilant about any tax professional who claims they can get a tax refund early.

There is no way to circumvent the new delay, and if anyone promises that they can, “it’s probably some type of loan.” Tax refund loans should be approached with “caution,” Ingham said.

Among the resources low-income or cash-strapped individuals can use is Consumer Credit Counseling’s Volunteer Income Tax Assistance (VITA), which has two locations in Niagara County: 1522 Main St. in the city of Niagara Falls and 140 Genesse St. in the city of Lockport.

Ingham, who is also the site coordinator for the VITA program, said the program is free of charge for those making below $54,000. Individuals using the service can consult their volunteer tax preparer on any questions about the PATH Act or other inquiries, while saving the $300 one might typically spend on commercial tax preparation.

On the other hand, Darrow said she understands the need to protect people from tax identity fraud. She recounted a situation experienced by one of her customers, a senior citizen, whose identity was stolen and used to obtain “over $10,000” in child tax credits, which was shipped to an account in the Virgin Islands.

But she feels that those who have not been the victim, or the perpetrator, of an identity theft crime are suffering the most. She said that many of the people who claim the EITC or the ACTC are people who are already in low-income situations, otherwise they wouldn’t need the credit.

“I really wish that they would have done this a little differently,” Darrow said. “A single mom with three kids has probably claimed those three kids for a few years. The IRS accepted it, I don’t see any reason why they should hold up those kinds of tax returns.”