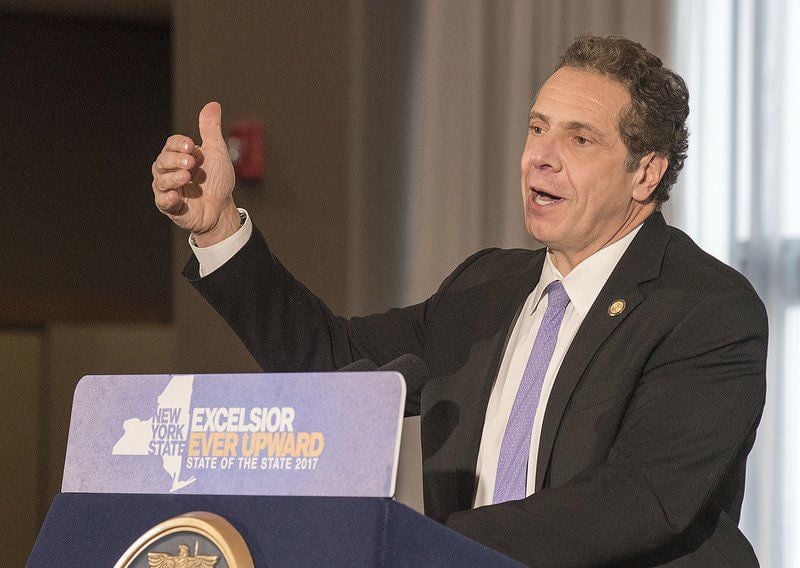 Gov. Andrew Cuomo stopped by the DoubleTree by Hilton hotel on Buffalo Avenue in January of 2017 for an official ribbon cutting and to hold a press conference. 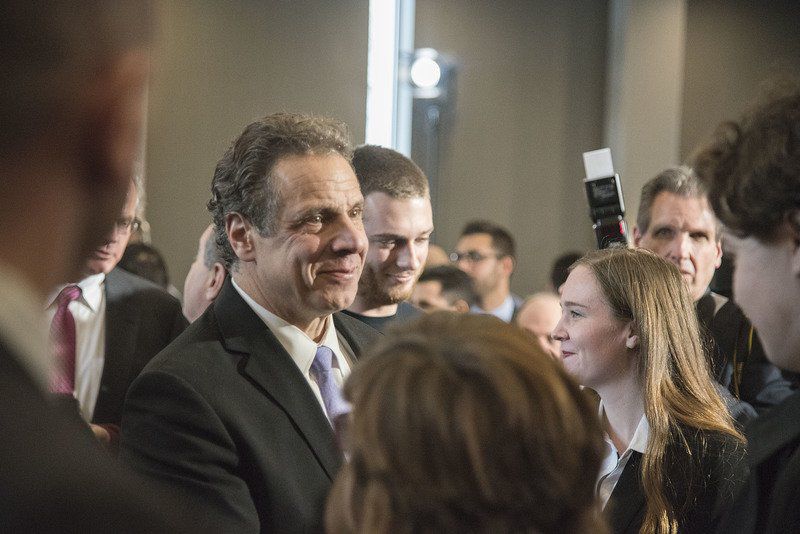 Gov. Andrew Cuomo stopped by the DoubleTree by Hilton hotel on Buffalo Avenue for an official ribbon cutting and to hold a press conference. 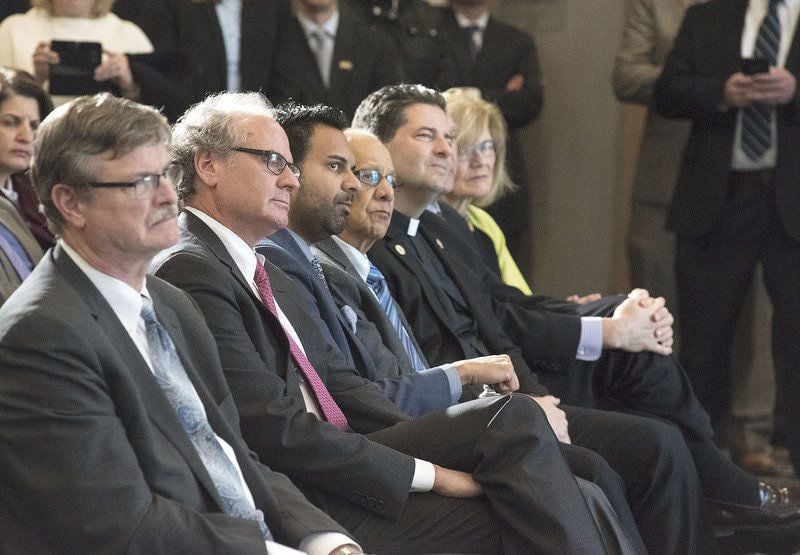 Gov. Andrew Cuomo stopped by the DoubleTree by Hilton hotel on Buffalo Avenue in January of 2017 for an official ribbon cutting and to hold a press conference.

Gov. Andrew Cuomo stopped by the DoubleTree by Hilton hotel on Buffalo Avenue for an official ribbon cutting and to hold a press conference.

Gov. Andrew Cuomo brought his push for approval of his version of the 2017 state budget to Niagara Falls on Monday, suggesting the proposed spending plan will lead to continued revitalization and job growth for the Cataract City and surrounding communities.

Characterizing recent investments by the state in Niagara Falls as "only the beginning," Cuomo said he's looking to use funds from his proposed "Buffalo Billion Squared" initiative to reclaim underused and vacant property near Niagara Falls State Park, establish a new "lodge" on Goat Island and develop more "creative recreational activities" on the American side.

"It's not a gift for Western New York," Cuomo said during a press conference at the DoubleTree Hotel on Buffalo Avenue. "It's an investment in Western New York that's going to pay dividends."

In a speech mirroring a series of State of the State addresses he delivered in Buffalo and five other locations in New York earlier this month, Cuomo touted the benefits of his administration's original Buffalo Billion program, which locally supported the multi-million-dollar reconfiguration of the southern section of the Robert Moses Parkway.

Cuomo said parkway removal as a significant step in a larger effort to reconnect the city with its most important asset - the local waterfront.

He used the DoubleTree — a $27 million project initiated by the Merani family of hoteliers — as an example of the private sector beginning to build off of the infrastructure upgrades financed by the state.

He said residents can expect to see similar types of success stories in the future, noting that his administration plans to use part of the $500 million from the second phase of the Buffalo Billion to remove all four lanes of the parkway's northern section in favor of more pedestrian-friendly, recreation area.

"They are betting on Niagara Falls and that's a smart bet," Cuomo said, referring to the Meranis and others who have recently invested in projects downtown. "You can feel it now. You can feel the synergy in the region."

For property owners and developers who have yet to show as much enthusiasm in the city, Cuomo said he will leverage whatever resources the state has to either compel them to take action or to acquire vacant, underutilized properties so they can be revitalized.

"I want to see (Empire State Development) step up to the plate and reclaim some of these properties and get them back on the tax rolls," Cuomo said.

Howard Zemsky, president and CEO of the state-run Empire State Development, Corp., said Niagara Falls has been a focus for the Cuomo administration for the past six years and will continue to be in the coming year. He said the focus remains on improving the appeal of the state park and "reimagining" the rim above the Niagara Gorge by removing the parkway from the city line north to Findlay Drive.

Zemsky said the result will be a reduction of asphalt in the area above the gorge and that the state is planning to solicit bids for proposals to create appropriate outdoor recreational programming for the area.

Taken as a whole, Zemsky said the effort is aimed at taking advantage "of the greatness" in Niagara Falls.

If successful, he predicted the effort could lead to the creation of at least 5,000 new jobs for the local tourism industry.

Beyond Niagara Falls, Cuomo said his administration's proposed 2017 budget focuses on helping the middle class by providing an additional tax cut for working families and allowing them to qualify for free tuition from state universities and colleges provided they earn less than $125,000 per year.

Cuomo referred to his "free" college education plan as a "game changer" while suggesting times have changed and the system needs to catch up.

While people once required a high school diploma to get a job and succeed in life, Cuomo said today's standards are higher and many positions — including those in manufacturing — require at least a college education.

"What high school was 50 years ago, college is today," Cuomo said. "You can't do it without college."

Cuomo said the average college graduate leaves school with $30,000 in debt, which is a burden he believes the state should relieve at the outset. He called his initial under $125,000 income threshold as just a start, saying he'd like to see free college extended to anyone who pursues a degree at a state-run institution of higher learning.