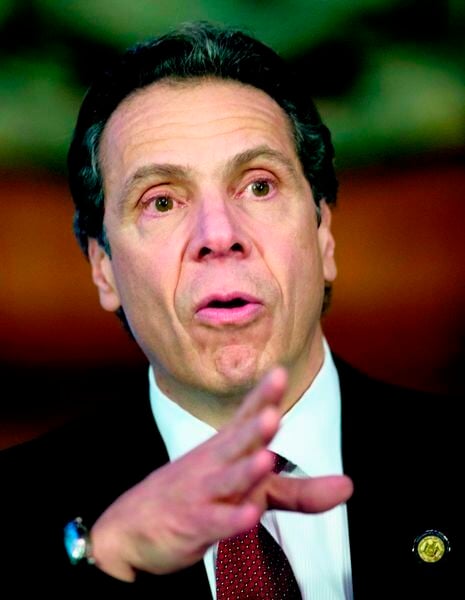 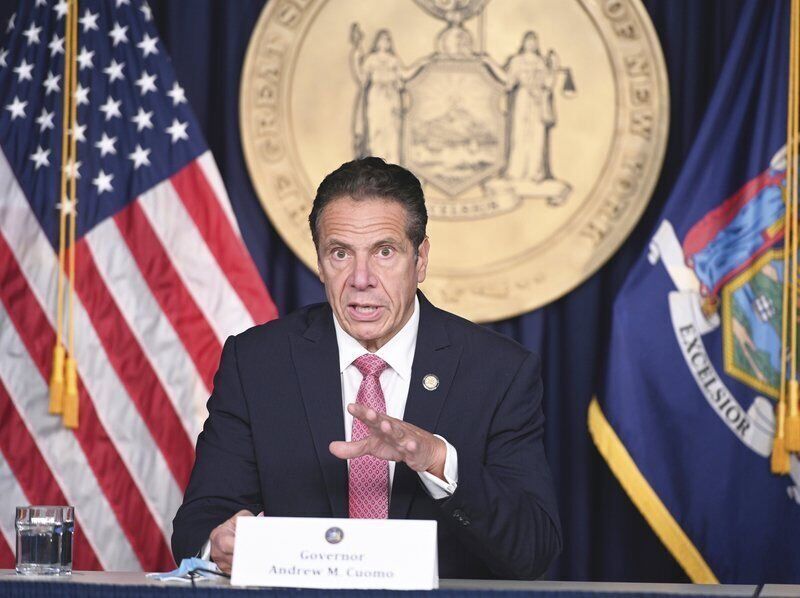 Gov. Andrew Cuomo, shown here in this Sept. 29, 2020 file photo, on Wednesday described Western New York's virus positivity rates as "astronomical" compared to the rest of the state while announcing new restrictions for parts of Niagara and Erie counties.

Gov. Andrew Cuomo, shown here in this Sept. 29, 2020 file photo, on Wednesday described Western New York's virus positivity rates as "astronomical" compared to the rest of the state while announcing new restrictions for parts of Niagara and Erie counties.

On the same day he announced new restrictions related to the spread of COVID-19 were on their way for parts of Niagara and Erie counties, Gov. Andrew Cuomo on Wednesday expressed fear that New York could see a "tremendous" increase in positive virus cases after Thanksgiving.

During his daily briefing on the state's coronavirus strategy, Cuomo announced plans to place the City of North Tonawanda and part of the Town of Wheatfield under the yellow zone virus designation later this week. Cuomo said North Tonawanda has seen an uptick in cases and positivity and meets the metrics for a yellow precautionary zone.

In addition, Cuomo announced communities in neighboring Erie County that were already operating under yellow zone restrictions would be moved to the next highest level, the orange zone, while other parts of Erie County would soon be designated as yellow zone areas.

Under the yellow zone designation, North Tonawanda and Wheatfield will face the following restrictions starting Friday:

• houses of worship will be limited to 50% capacity;

• indoor and outdoor mass gatherings will be limited to no more than 25 people;

• schools can remain open for in-person learning, but districts must provide weekly testing to students, teachers and staff.

Orange zone areas are required to keep mass gatherings to 10 people maximum - indoors or outdoors. The orange zone designation limits capacity in houses of worship to no more than 33% capacity or a maximum of 25 people. High-risk, non-essential businesses, such as gyms and personal care outlets like salons, must also close. Dining at restaurants is limited to outdoors only, with four people maximum allowed per table.

Cuomo described the rate of virus infection in parts of Western New York as "astronomical" compared to the rest of the state. He said the region's infection rate is now higher than any other area in New York, with the Erie County communities of the Town of Hamburg (9.78%) and the Town of Lancaster (9.42%) posting the highest positivity rates in our area.

"Western New York is the worst situation in the state of New York," Cuomo said.

Cuomo suggested that the Western New York region may soon find itself in the unfortunate position of having to experience the level of "pain" New York City endured earlier this year when positivity and hospitalization rates rose and deaths related to COVID-19 followed.

"I believe they didn't have the same level of fear," Cuomo said, referring to Western New Yorkers. "And what caused so many people in New York City to change their behavior? It was fear."

Cuomo again called on Western New Yorkers to follow all recommended health and safety guidelines for tamping down the spread of the virus, including the wearing of masks and social distancing. He noted that other parts, including Broome and Orange counties, have now returned to normal after being placed under yellow zone designations due to rising infection rates.

"So the restrictions work," Cuomo said. "And just to make it very simple, if you socially distanced, and you wore a mask, and you were smart, none of this would be a problem. It's all self-imposed."

The Governor noted that the positive testing rate in all focus areas under the state's micro-cluster strategy was 4.73%, and outside the focus zone areas it was 3.10%.

On Wednesday, the Niagara County Department of Health reported 65 new positive cases, bringing the total to date countywide to 2,983. The health department said there are currently 517 active cases in the county, including 500 individuals who are isolating at home and 17 people who are hospitalized. The number of deaths in the county related to COVID-19 remained steady at 103.