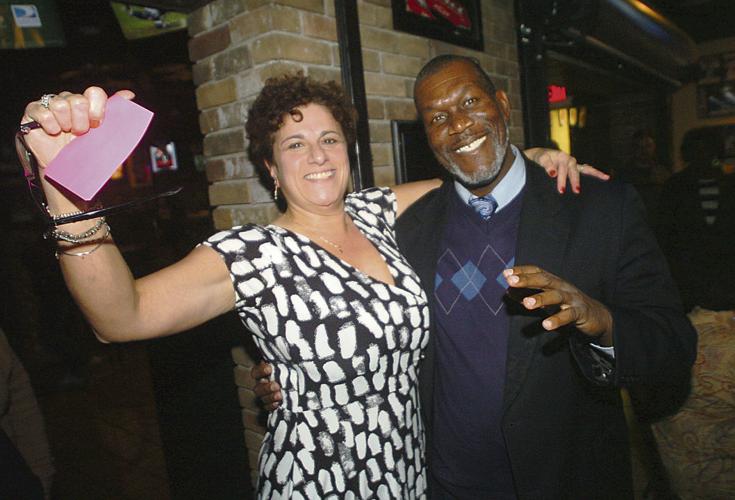 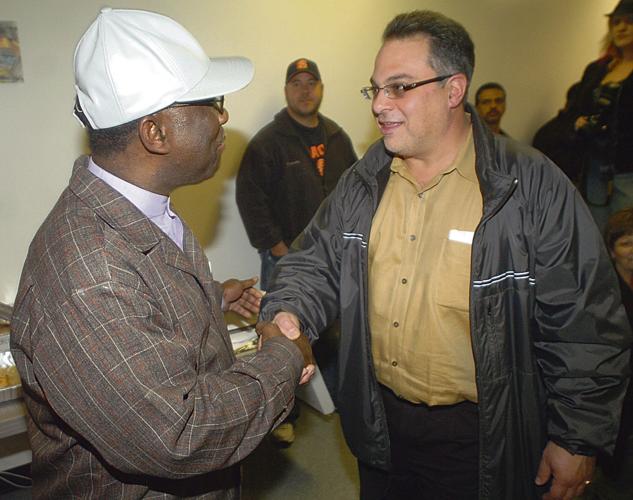 Niagara Falls Democrats posted a clean sweep over Republicans in the race for three City Council seats as incumbents Charles Walker and Samuel Fruscione were re-elected and newcomer Kristen Grandinetti defeated Republican challengers Kenneth Pawlukovich and Candra Thomason. Fruscione, elected to his second straight term, was the top vote-getter with 3,610 votes, according to unofficial results from the Niagara County Board of Elections. Grandinetti finished with 3,483 votes and Walker secured the final seat, and his fourth consecutive term on the council, with 2,915. “I’m very grateful and glad the residents came out and supported what I’ve been doing for the past four years,” Fruscione said. “I’ve gone after a few people (as a councilman) and you wonder what the repercussions would be. But the only thing I’ve been trying to do is improve the city.” Fruscione and Grandinetti cruised to victory with 24 and 23 percent of the votes respectively in the five-way race. However, the third seat came down to the wire with Walker barely holding off Pawlukovich, who garnered 2,469 votes in his first bid for public office. Thomason, a former councilwoman who ran unsuccessfully for re-election in 2005 and then for mayor in 2007, finished last with 2,200 votes. With several LaSalle districts still to report, Walker admitted to being nervous as he stood with supporters and other Democrats at Shorty’s Ultimate Sports Bar and Grill on Pine Avenue. But as the results trickled in, he breathed a sigh of relief as his lead was cemented. “This time around, the opposition was pretty stiff,” Walker said. “In local races, party affiliation isn’t always a winning combination. I want to thank the taxpayers. It feels good to know they feel the choices I made as a councilmember were in their best interest.” Pawlukovich said he was disappointed that he didn’t earn a seat on the council but was encouraged with the number of votes he received. Registered Democrats outnumber registered Republicans by more than a 3-to-1 margin in the city. “I was pleased that my position was not that far behind Charles,” he said. “He’s an 11-year incumbent.” After their victories were secure, Walker and Grandinetti congratulated each other and took in a loud applause from supporters, including Mayor Paul Dyster and committee members of the Democratic Party. Grandinetti wiped tears from her eyes. She had said earlier one of her main reasons for running was to honor her late father and her friend Carolyn Van Schaik, who died in an automobile accident in 2003. Both were devoted community advocates. “This is for my dad and for Carolyn,” she said. “I hope I can be half the man and woman in the community that they were.” Fruscione was not among those celebrating at Shorty’s. He instead watched the results come in and celebrated with supporters at his campaign headquarters down the road. Though he was one of the three endorsed candidates of the Democratic Party, Fruscione has clashed with Party Chairman Michael Lewis and Mayor Paul Dyster. And it doesn’t look like that’s going to change as he enters his second council term. “What today’s election shows is that I needed the support of the people of Niagara Falls and not Michael Lewis and his Democratic Party,” Fruscione said. “I’m really going to crank up the volume now.” City Council vote Samuel F. Fruscione: 3,610 Kristen M. Grandinetti: 3,483 Charles A. Walker: 2,915 Kenneth A. Pawlukovich: 2,469 Candra C. Thomason: 2,200