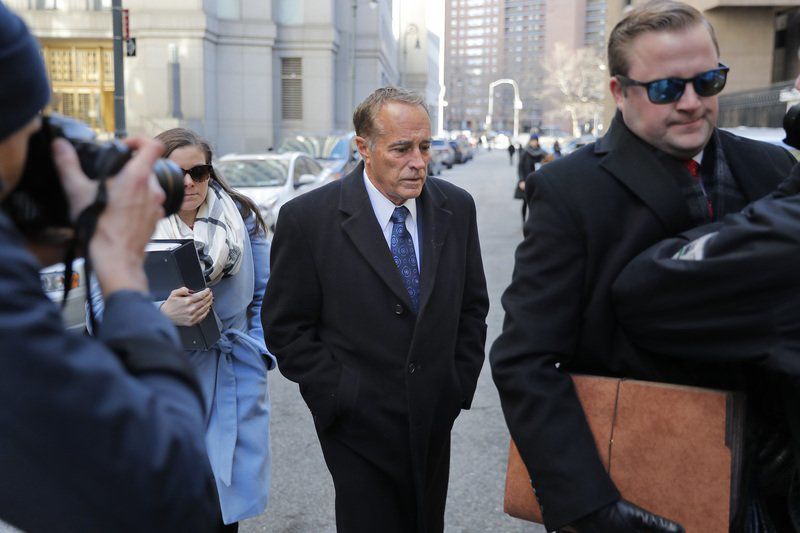 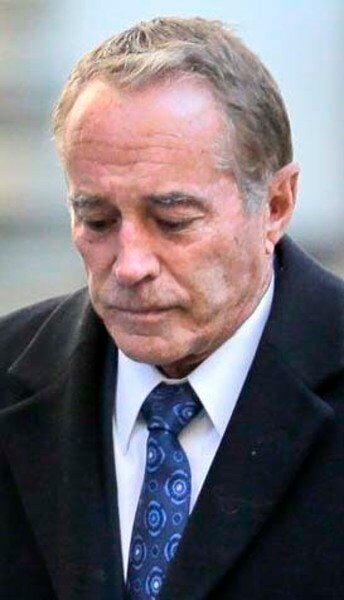 The former congressman — and one of Trump’s first supporters was sentenced in January to two years and two months in federal prison after admitting he helped his son and others dodge $800,000 in stock market losses when he learned that a drug trial by a small pharmaceutical company had failed.

Collins had been fighting efforts to report to prison as late as October of this year.

Collins was among 15 people pardoned by Trump on Tuesday, including Republican allies, a 2016 campaign official ensnared in the Russia probe and former government contractors convicted in a 2007 massacre in Baghdad.

By pardoning Papadopoulos, Trump once again took aim at special counsel Robert Mueller’s Russia probe and is part of a broader effort by Trump to undo the results of the investigation that yielded criminal charges against a half-dozen associates.

Last month, Trump pardoned former national security adviser Michael Flynn, who had twice pleaded guilty to lying to the FBI, and months earlier commuted the sentence of another associate, Roger Stone, days before he was to report to prison.

In the group announced Tuesday night were four former government contractors convicted in a 2007 massacre in Baghdad that left more a dozen Iraqi civilians dead and caused an international uproar over the use of private security guards in a war zone.

Supporters of Nicholas Slatten, Paul Slough, Evan Liberty and Dustin Heard, the former contractors at Blackwater Worldwide, had lobbied for pardons, arguing that the men had been excessively punished in an investigation and prosecution they said was tainted by problems and withheld exculpatory evidence. All four were serving lengthy prison sentences.

Collins had represented western New York since his election to the state's 27th Congressional District in 2012. He resigned when he decided to plead guilty to a single conspiracy count, leaving the district's constituents without representation in Congress.

Prosecutors faulted Collins for campaigning for a reelection race he won after his arrest and then continuing to serve.

They said Collins learned that Innate Immunotherapeutics Ltd., whose board he sat on, had failed a drug trial when he received a telephone call while he attended the annual Congressional Picnic at the White House on June 22, 2017. Knowing that Innate's stock would plunge when news got out, Collins “from the White House lawn” tried to reach his son to tip him off so he could sell his shares, prosecutors said.

Prosecutors said he then conspired with family members to claim Cameron Collins and friends sold shares because they were spooked by a temporary halt in the trading of the stock rather than because they knew the stock price would fall 92% for the company headquartered in Sydney, Australia, with offices in Auckland, New Zealand.

Assistant U.S. Attorney Max Nicholas disputed the defense claim that the crime was the result of a tragic and emotional moment when Collins wasn’t thinking straight after learning the drug trial failed. The prosecutor noted there was a 10-month gap between his first crime when he called his son and the second when he lied to the FBI, which described as Collins “doubling down.”

"We do not agree this crime was emotional,” Nicholas said.

Broderick called it baffling that Collins would exercise such poor judgment when he and his son had the financial means to deal with any loss. “I have a difficult time reconciling that,” the judge said.

"It was a stupid, impulsive action that doesn’t make sense,” Barr, Collins' defense attorney, responded. “He really thought this company had something that was going to be a magic bullet for somebody with a really serious illness.”