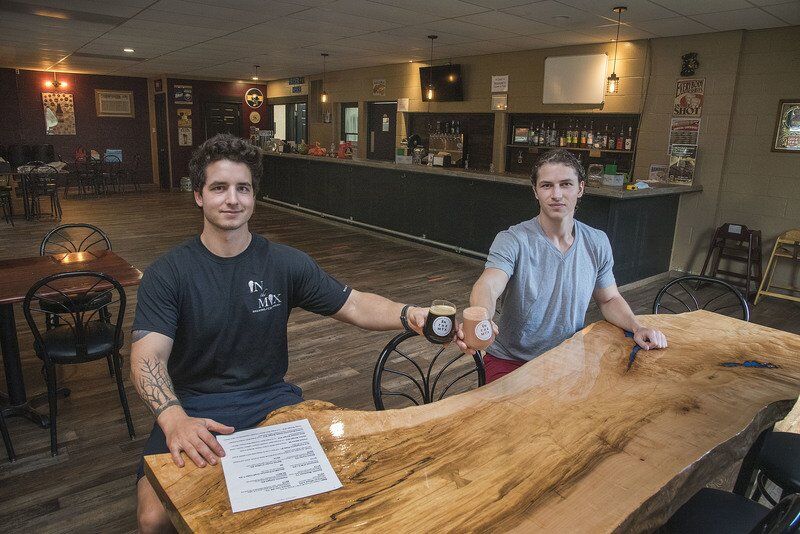 In The Mix owners, Jared Mesiti, 25, and brother Austin, 22, are expanding to Buffalo. Jared is holding a Chocolate Milk Stout and Austin a Illemonati at their Barker location. 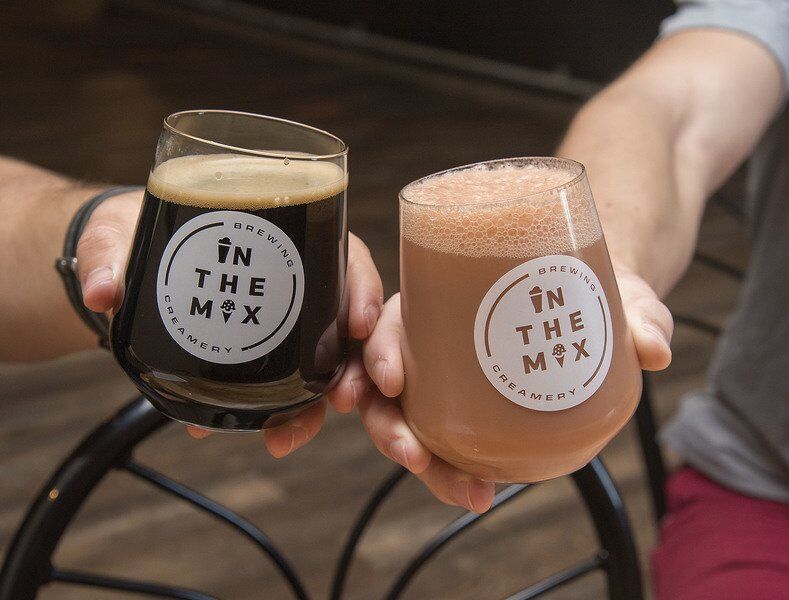 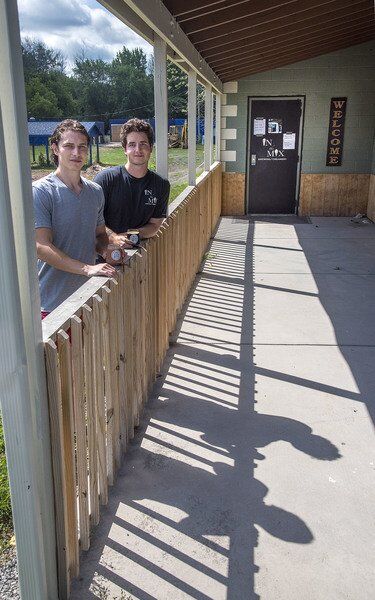 In The Mix owners, Austin Mesiti, 22, and brother Jared, 25, are expanding to Buffalo.

In The Mix owners, Jared Mesiti, 25, and brother Austin, 22, are expanding to Buffalo. Jared is holding a Chocolate Milk Stout and Austin a Illemonati at their Barker location.

In The Mix owners, Austin Mesiti, 22, and brother Jared, 25, are expanding to Buffalo.

When Jared and Austin Mesiti opened a brewery in the Village of Barker in 2019, their concept of beer-infused custard ice cream made headlines. Now they are putting plans in place to bring “In The Mix Brewery & Creamery” to Buffalo on Swan Street.

Jared Mesiti said it was always he and his brother’s plan to start in Barker, then break into the bigger city markets after they’d been established. The location in Barker has drawn people from as far as Rochester and Toronto, as well as Buffalo and Niagara Falls and will remain open at its location on East Avenue, and the former Black Button Distillery location will open in the fall.

“People like touring breweries as it is,” Mesiti said. “And being on the wine trail, we wanted to have something a little bit different than the everyday winery or brewery. That’s why we developed and incorporated the frozen custards.”

The Mesiti brothers have always liked cooking with beer. They watched while wineries made wine-slushes, and thought they had something along those lines – only with beer.

“Wine slushies are such a popular thing, we thought, maybe we could do a beer slushy,” Mesiti said. “We tried that out, it didn’t turn out the way that we wanted to and why would you get a beer slushy if you could get a wine slushy?”

What the two eventually came up with wasn’t simply pouring beer into a five-gallon bucket of ice cream. In fact, they don’t use ice cream at all, but make custard from scratch.

“Ice cream wasn’t really rich enough to hold the beer, because you’re adding so much water,” Mesiti said. “Our custards are 40% to 50% beer, so we needed to make a super rich base that would support adding that much water while keeping the desert rich and creamy.”

Right now, the plan is to bump up production at the Barker location. Mesiti said he and Austin have been brewing since he was 19.

“We’d like to get into cans in the next six to 12 months, is the goal,” he added. “When we started this, we were 22 (Austin) and 25 (Jared), so, it was tough for us to break right into the city scene. It was super expensive, we wanted to really make sure that we were established before we took that plunge. One year in, we felt like we were in a position where our reputation was strong enough and we were established enough to take that step into Buffalo.”

Mesiti said, everything on the brewery’s end would be set by October, but the opening really depended on when the licensing came in. He said he hoped to see a few bands come through, too, while it was still warm out during the fall, but that was “up in the air.”

In terms of food, Mesiti said, both breweries would go toward a dessert and pastry offerings.

“We’re pretty much switching to a desert menu, staying with that theme. Cakes Pies, pastries ice creams and that’s kind of what we’re doing in the new Buffalo location as well. So, we’re going to do coffees. It’s going to be almost like a cafe brewery…. I think it will fit well, because it is a smaller cafe/bistro style tasting room, and it fits our brand.”