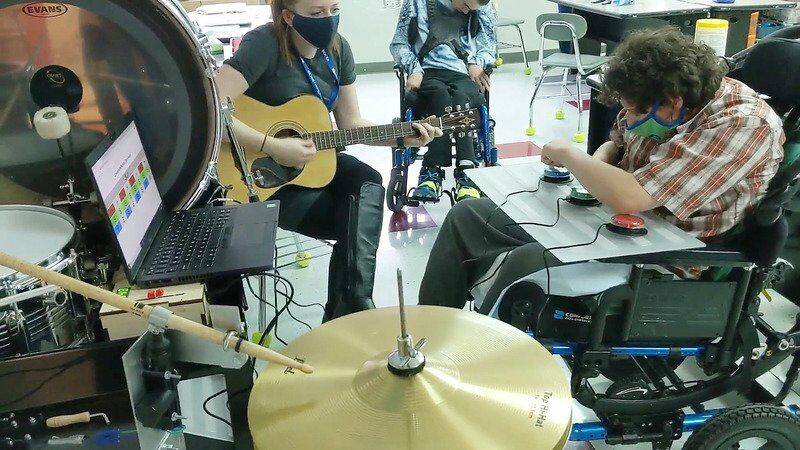 The drums have sensitive buttons that allow the students to play different parts of the drum kit. 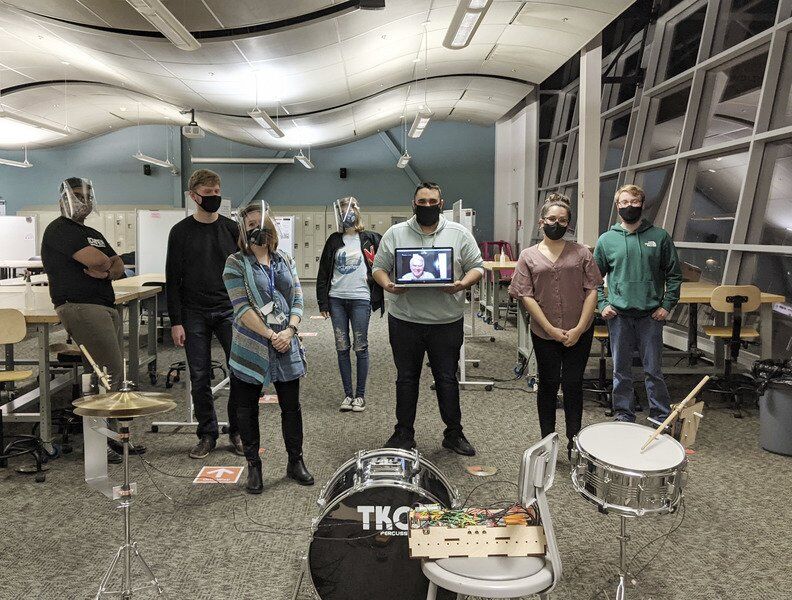 The drums have sensitive buttons that allow the students to play different parts of the drum kit.

Thanks to the ingenuity of some Rochester Institute of Technology students, Molly King’s BOCES music students have received a robotic drum kit.

Because many of her students have physical limitation that hinder their success in music class, King was thrilled when a group of electrical engineering students agreed to design and build the adaptive instrument for their senior project last year. “Because it was part of their Masters of Design program, it was no cost to us. We were thrilled when it was delivered this school year.”

The RIT team delivered the kit on Nov. 20. Sofia Quinones says the team was inspired by the students. “We saw they could do it, they just needed that extra push to get there.” The drums have sensitive buttons that allow the students to play different parts of the drum kit. “They are going to see that something they are doing is leading to the hit of a drum so it simulates playing the drums for them,” says Quinones. “It is really special for us getting them to do everything they knew they could do and everything they wanted to do.”

“It was so exciting to bring the drum into music class the first day we had it,” says King. “The kids were so excited. Students who normally didn’t participate very much in music class were able to and I realized just how talented they were! We will use this drum often in our program from now on.”