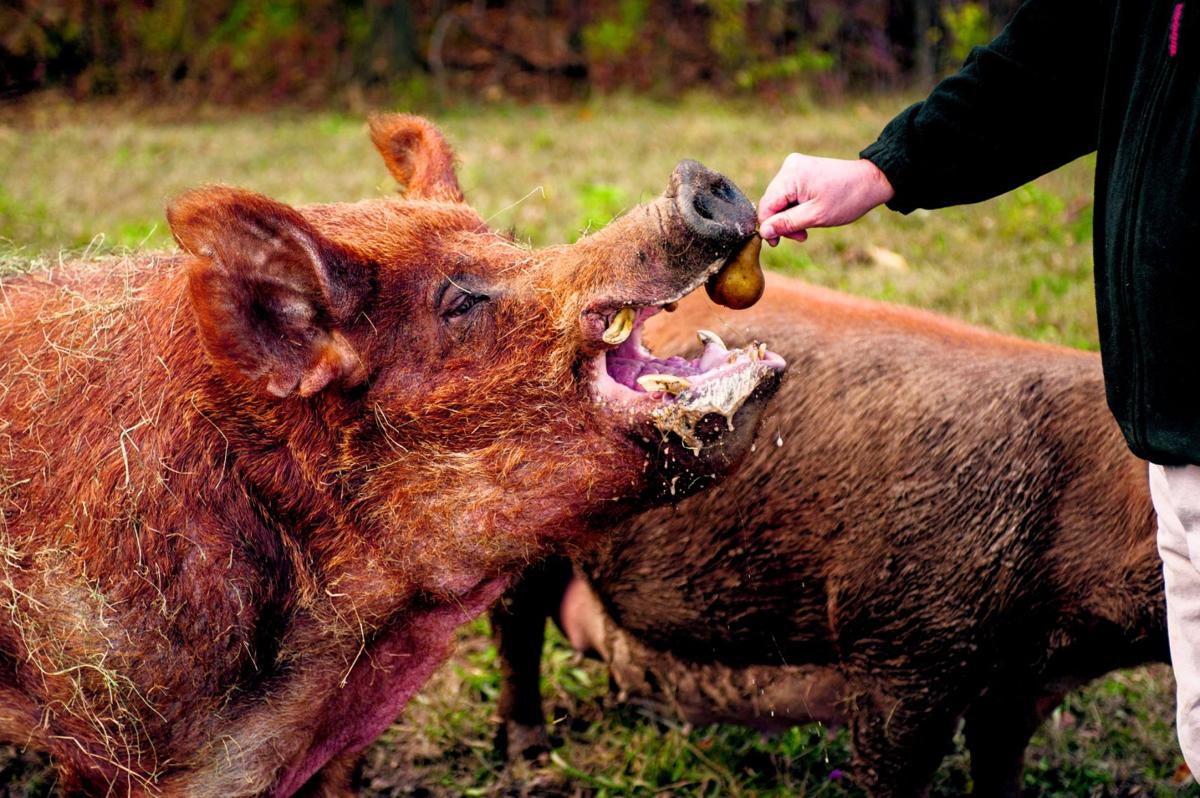 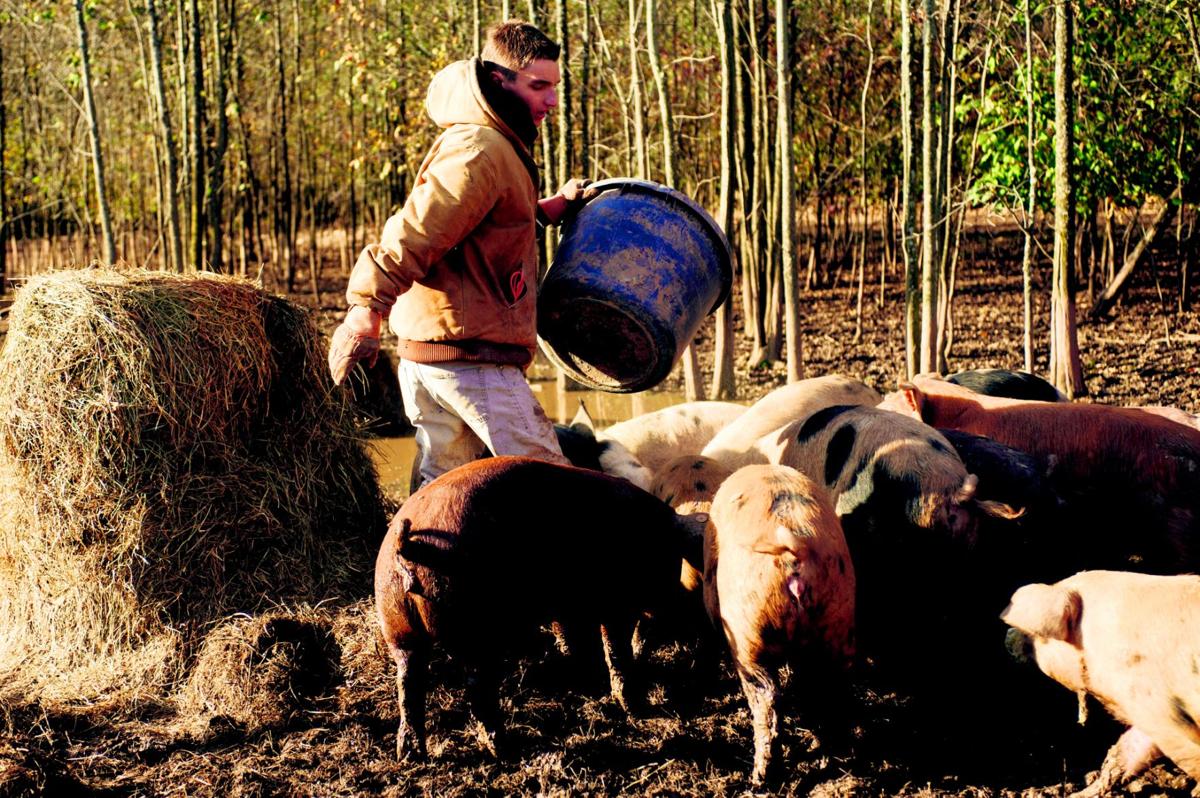 Photos by JOED VIERA/STAFF PHOTOGRAPHER COME AND GET IT: John Tilyou feeds pigs at the T Meadow Farm. The farm has been selected as this year's beneficiary for the Big Fuss fundraiser. 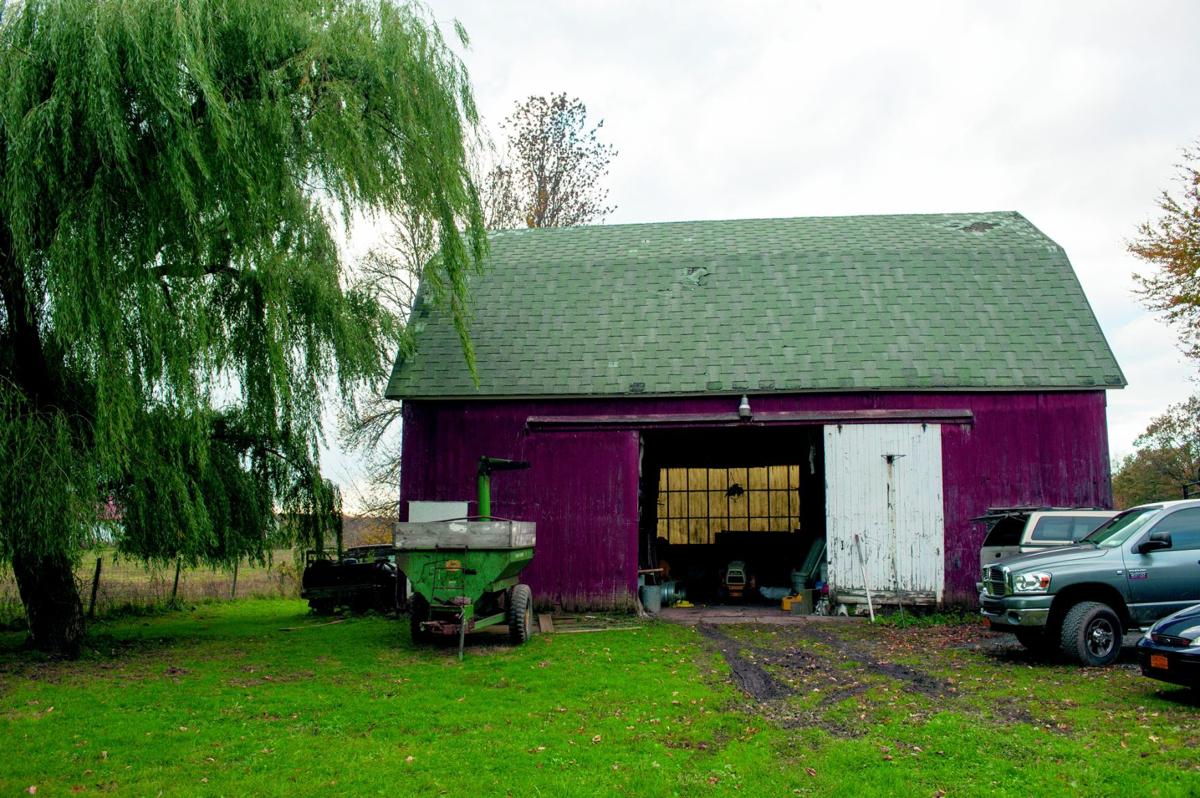 CHANGES: A barn on T Meadow Farm is set to be demolished to make space for other facilities with the help of funds raised from the Big Fuss event.

Photos by JOED VIERA/STAFF PHOTOGRAPHER COME AND GET IT: John Tilyou feeds pigs at the T Meadow Farm. The farm has been selected as this year's beneficiary for the Big Fuss fundraiser.

CHANGES: A barn on T Meadow Farm is set to be demolished to make space for other facilities with the help of funds raised from the Big Fuss event.

It doesn’t take much for a small, family-owned farm to find itself in some trouble.

A family illness, broken equipment, bad weather, “any of these things can send a tiny farm into a spiral,” said Christa Glennie Seychew, owner of Feed Your Soul, the production company responsible for developing the Nickel City Chef series.

Feed Your Soul also produces Big Fuss, an annual fundraising event, co-organized by Seychew and Steve Gedra, that up until this year benefitted local farmers struggling financially for one reason or another.

This year Big Fuss 3.0, which is also sponsored by Bistro Europa and Slow Food Buffalo Niagara, is taking a different approach. Instead of helping a struggling farm, the funds raised at Wednesday’s event are going to T Meadow Farm in Lockport to help expand its pork business.

Big Fuss features “farms and chefs coming together to advance and bolster an already-successful farm to be able to grow and meet the demands of its customers,” Seychew said.

T Meadow Farm, owned and operated by the Tilyou family, specializes in heritage breed swine and has some 150 pasture-raised Tamworth and Gloucestershire Old Spot hogs on its land on Ewings Road. The farm provides pork to several local restaurants, including Bistro Europa, Carmelo’s and Tabree, and sells wholesale to the Lexington Co-op and Spar’s European Sausage.

“T Meadow Farm is an integral part of the buy-local movement particularly for chefs and restaurants, who are their primary customers,” Seychew said, explaining that all the farm’s workers have other full-time jobs. “They may provide pork to 10 restaurants and three farmers markets, but they’re still working full-time jobs. In order for the farm to go to the next level and produce as much pork as is asked for, one of the workers needs to make it their job.

“The farm either has to grow or they pretty much have to stop what they’re doing at this crucial point.”

Right now the farm ships its hogs to slaughterhouses in the Southern Tier and Pennsylvania, but Rich Tilyou says he wants to have the personnel and equipment in place to implement an on-farm USDA single-species slaughterhouse, and charcuterie processing and educational facility.

“It would be less stress for the animals because they won’t have to be trucked” hours away to be slaughtered, he said. “We want to be able to hire people and (slaughter and process) in-house rather than send them down the road.”

“It’s an extremely expensive task to have the animals shipped and then picked back up,” he added.

The money raised from Big Fuss — along with grants — would pay for the destruction of an existing barn on the farm and the construction of a new, 2,000-square-foot facility to house the business expansion.

Tickets to the event are $35 and other funds are raised through a silent auction for food-related items; 100 percent of the proceeds from the event will go to T Meadow Farm. Seychew said between $3,000 and $6,000 was raised and donated to farms in the first two Big Fuss events.

Free wine and beer samplings from area wineries and breweries, including Community Beer Works, will also be on hand, along with music from DJ Cutler.