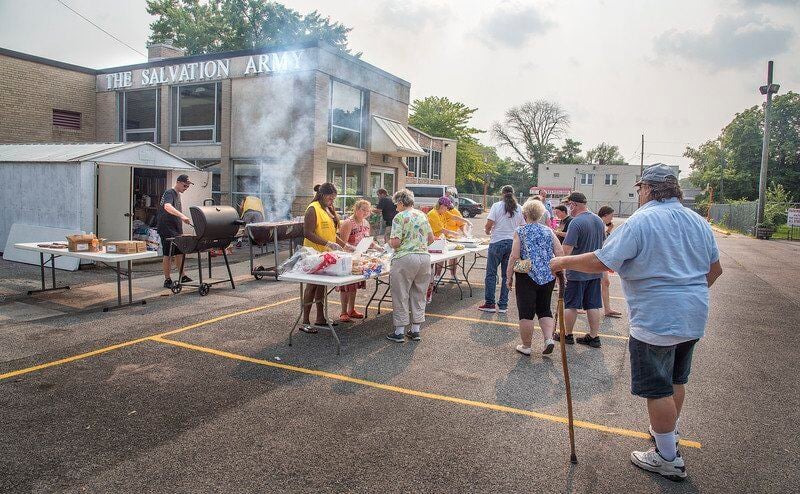 The Niagara Falls Peacemakers and Salvation Army have joined forces to offer a free Community BBQ every Monday at 5 p.m. through the end of August. 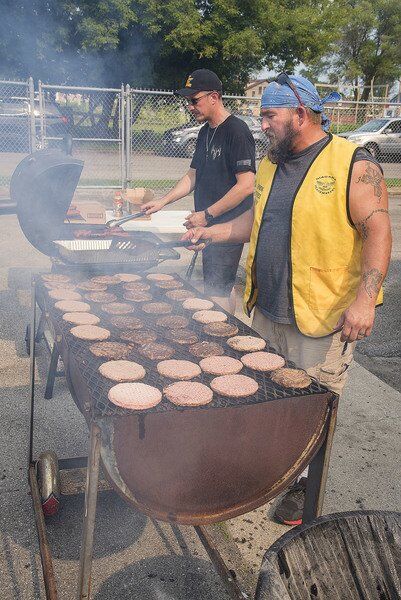 The Niagara Falls Peacemakers and Salvation Army have joined forces to offer a free Community BBQ every Monday at 5 p.m. through the end of August.

As the pandemic wound down, Niagara Falls Salvation Army Major Stephen Carroll Jr. looked for a new way to draw the community together. The answer he found was an easy one, Marthe Limage, Niagara Falls Peacemakers secretary who was volunteering Monday.

“It has been exceedingly well-received,” Corrine Hayes, social ministry coordinator explained. “We are excited about it. Major Steve, he is a visionary.”

The event is co-sponsored by the Peacemakers.

Claudia Nowak was there Monday, as she is every week, handing out chips, popcorn and pretzels.

“As Peacemakers, we do all kinds of stuff,” she said. “Football, basketball and school programs.”

John Campbell is an experienced roofer with 19 years on the job at Local 74. He was working the burger grill Monday, as he does every week. By 5:30 or so, he was 160 burgers in.

Lately, Campbell said he’s been working on the roof of the BOCES Harkness Center on Aero Drive in Cheektowaga.

“It was a hot, sweaty eight hours,” he said. “I came home, showered and came over here to get the grills prepped up.”

He noted that Major Carroll thought of everything, including Christian reggae and hip-hop playing in the background.

“It sounds good and the message is there,” he said.

Hayes said Major Steve and his wife Delia were out of town this week, visiting family as well as Legoland with their four children.

She was sitting at a table with a sign offering rental assistance. What’s her metric for who needs help?

“If they say they do, they do,” Hayes said. “It’s not based on income. It’s based on need.

“The number of people who ask for help and don’t need it is very slim. People who need help are more likely not to ask.”