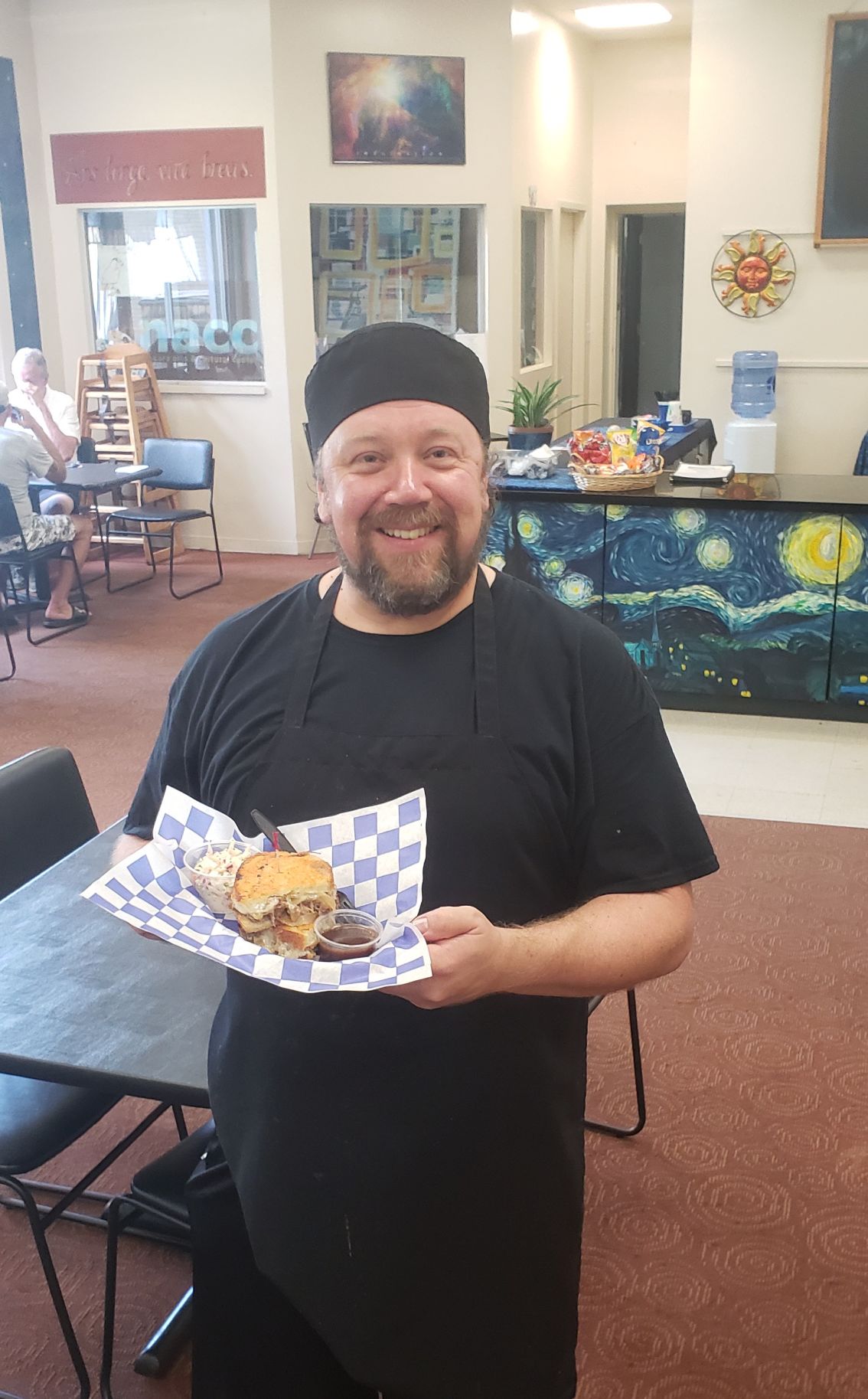 Joe Zarillo is creating art-inspired dishes at the Starry Night Cafe at the Niagara Arts and Cultural Center. 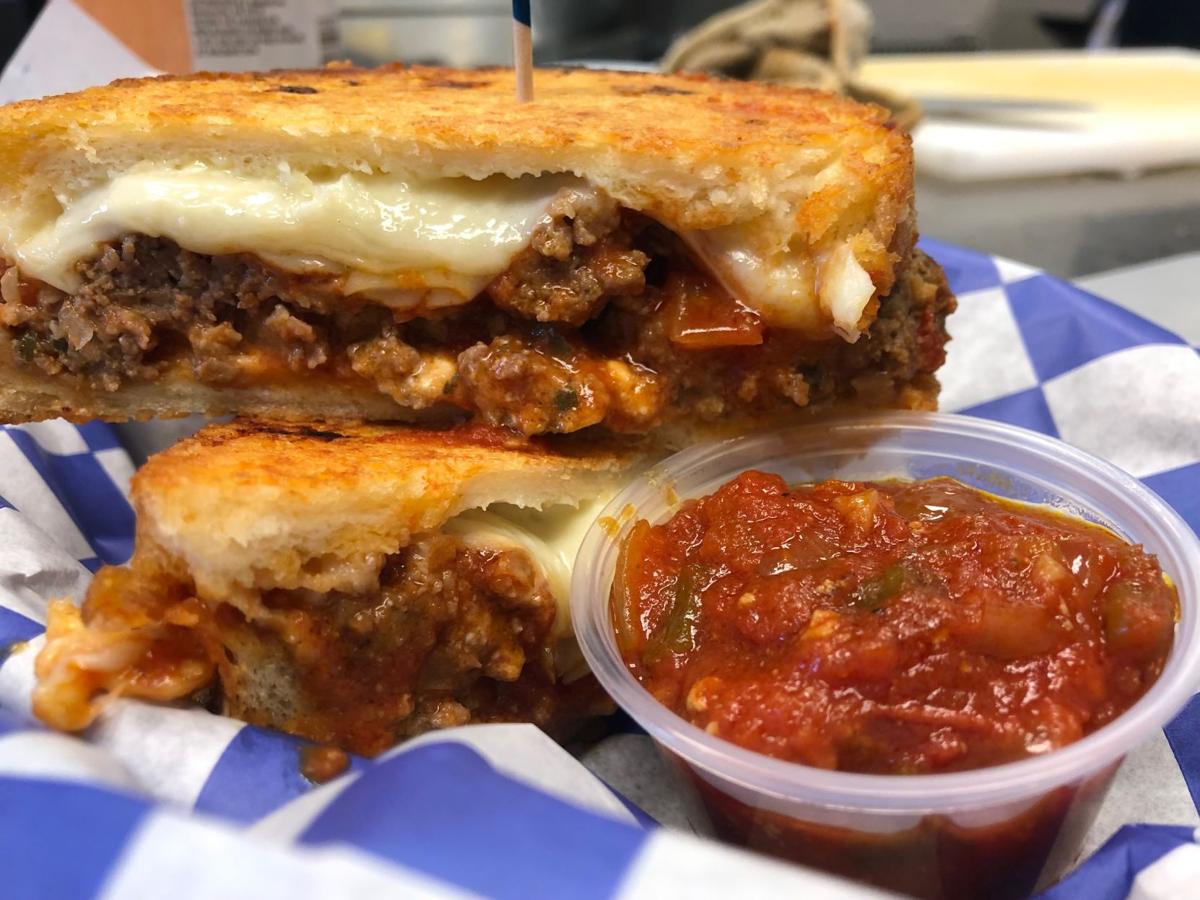 A meatball sandwich at the Starry Night Cafe. 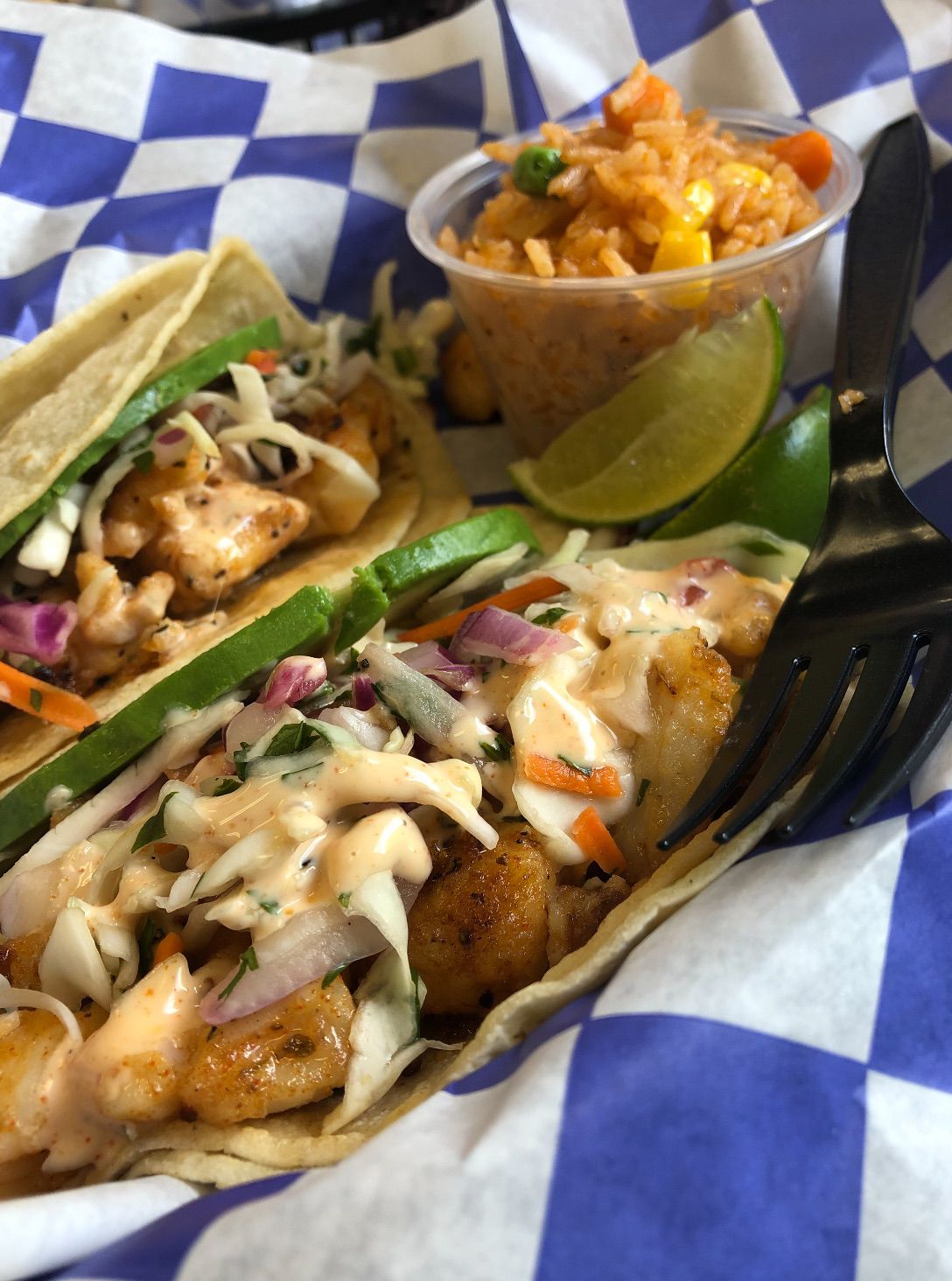 Joe Zarillo is creating art-inspired dishes at the Starry Night Cafe at the Niagara Arts and Cultural Center.

A meatball sandwich at the Starry Night Cafe.

A few weeks ago I was invited to lunch at a delightful little cafe in a building that is home to several art galleries, a museum, historical exhibits and 80 artist studios.

I was delighted at the invite because this building, The Niagara Arts and Cultural Center, is one of my favorite places in the Niagara region.

For those who haven’t been inside the NACC since it opened about 20 years ago, the place is a spectacular demonstration of reuse, created from the old Niagara Falls High School, located on Pine Avenue and Portage Road.

The cafe has been a work in progress for the past decade or so, but it has a new chef and new potential and for those who like a bit of  culture with their meal, the cafe is a great place to start.

Located on the first floor of the NACC, just inside the red door, the cafe is now called The Starry Night Cafe and it’s decorated with a giant painting in tribute to Vincent Van Gough, the artist famous for starry nights.

I had a sandwich called The Big Dipper. This is how it’s described on the menu: Slow-roasted Cabernet braised beef, melted white cheddar, grilled onions, horse radish aioli, on grilled Parmesan DiCamillo’s Italian bread served with a side of Cabernet braising sauce to dip.

At $10.75, it was the most expensive thing on the affordable menu, but the braised beef was tender and flavorful, the sandwich grilled perfectly so the cheese was melted and creamy and the dipping sauce added just the right touch of extra flavor to the butter-crisped bread. It was a great sandwich.

The new chef and operator of the cafe is Joe Zarillo, who was raised in Niagara Falls and attended high school in the same building where he now cooks.

Joe moved to Los Angeles when he was 19 to pursue a career in music as a bass guitar player. He did a lot of rocking and rolling, but success was elusive and he fortified his income by working in restaurants, eventually working for two premiere country clubs.

He was in his early 20s when he started missing the flavors of home. He called his aunt back in Niagara Falls to ask for some cooking tips.

“The first thing I ever cooked was sauce from my grandmother’s recipe,” he told me. “I started to take what I learned in restaurants, adjusting what I learned from my aunt and just started to develop my own cooking and my own flavors.”

His creativity is evident in his menus. Breakfasts include “mug omelettes” like Tuscan Dawn, which is salami, provolone, grilled onions, roasted red bell peppers, topped with fresh tomatoes and garlic aioli. Lunch includes melts and wraps and deli sandwiches with similar embellishments. Follow the Starry Night Cafe on Facebook or Instagram to get a visual taste.

As for Joe, he didn’t leave his music dreams behind. Many nights he plays in a band called The Boom with Buffalo Music Hall of Famer Ron Rocco and Bob Lee, who Joe has known since first grade at Sacred Heart School. So, he cooks during the day and plays music at night.

The way I see it is maybe Joe Zarillo’s dreams didn’t exactly come true in LA, and that’s OK because he has no regrets. But, with both music and food filling his life in his hometown, maybe his dreams are coming true now.

Contact Lifestyles Editor Michele DeLuca at 282-2311, ext. 2263 or via email at michele.deluca@niagara-gazette.com.

There has never been a better time to visit the Niagara Arts and Cultural Center, according …