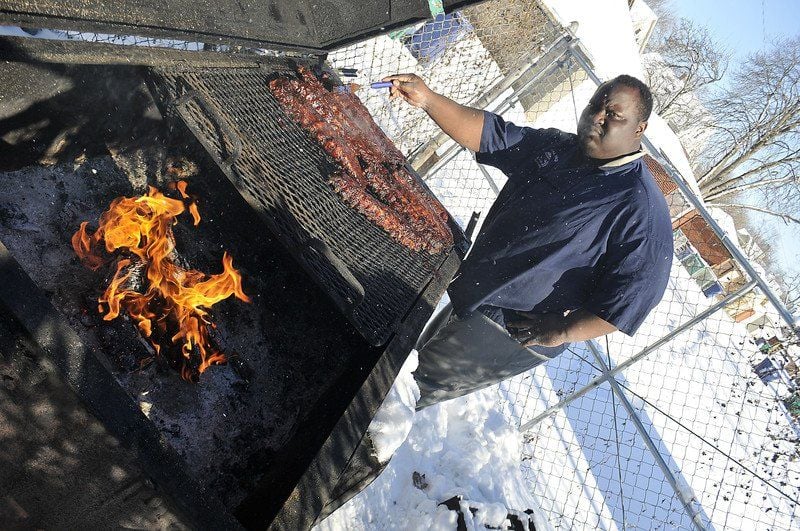 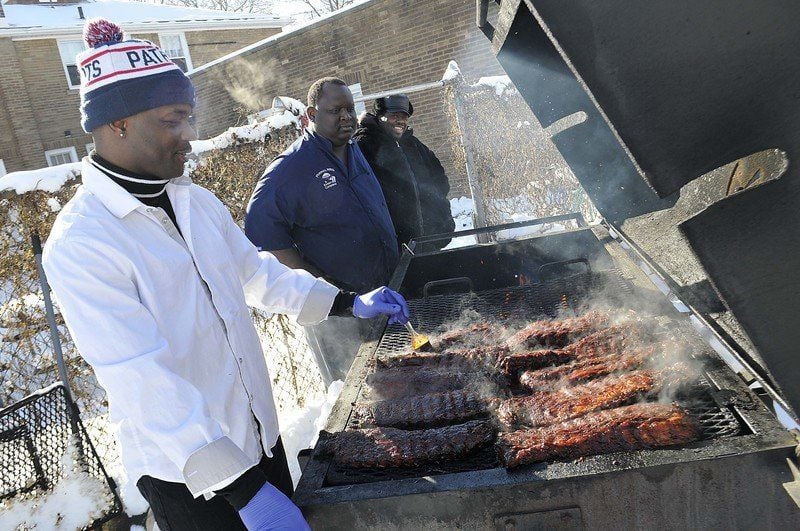 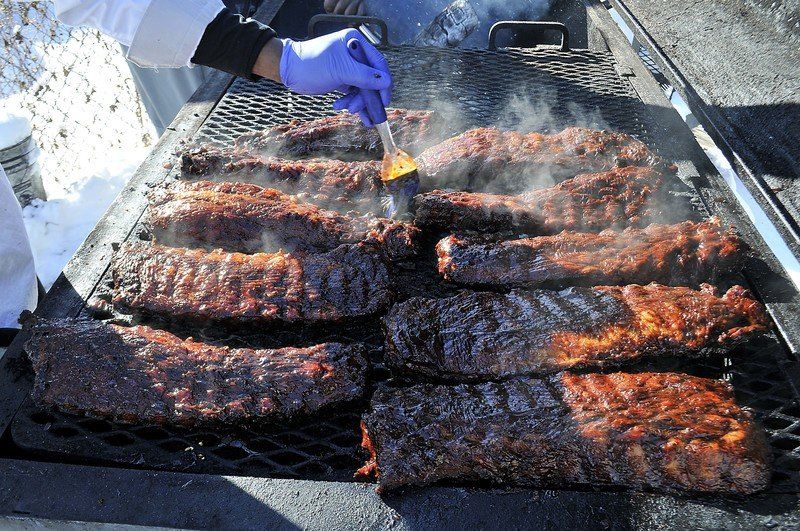 The temperature hovered around zero recently as Chef Chris McClendon stood outside with his small staff, cooking barbecued chicken and ribs on two giant grills for a catering client.

It might have been warmer inside one of the three kitchens in the Falls Street home where his Niagara Falls catering company, Formal BBQ & Event Catering, is based. But McClendon is a stickler for barbecue methodology.

“We don’t break the rules,” he said of his signature chicken and ribs. “Everything gets cooked on seasoned wood or charcoal.”

It’s that kind of attention to detail that has won many awards for McClendon, including his Taste of the Niagara Region title, which he is defending Saturday.

The event is the third annual fundraiser for Heart of Niagara, a local animal rescue group.  At last year’s event, McClendon wowed the attendees with a variety of offerings from pulled pork to seafood bisque.

“We joked that all he needed was a bride,” said Linda van Harssel, founder of Heart of Niagara, in describing the wedding banquet-like selection of foods McClendon’s Formal BBQ offered for visitors to taste at the event.

McClendon is aware that such tastings are not only an opportunity to give back to the community, but also to showcase his 10-year-old catering company, which specializes in white-glove barbecue service and a wide variety of other foods — from Italian lasagna to filet mignon — for small and large gatherings.

The Heart of Niagara fundraiser, being held from noon to 3 p.m. Saturday, will also showcase a variety of new food businesses in the region, including Cafe for the Good in Lewiston. The cafe was opened in August by Andrew Bell, owner of Grandpaws Pet Emporium.  The cafe’s specialty is grilled sandwiches and unusual soups made fresh each day.  All net proceeds from the cafe are given to local animal rescue efforts.

“We’ll be serving our homemade soups, but we haven’t decided which ones yet,” said Bell of the event, adding that the cafe features such unusual offerings as bean and sweet potato soup and celery and apple soup, which is his current favorite.

Bell said he and the cafe manager compete each day to find the most unique recipes for the soups, and promised that Saturday’s event would feature at least one vegetarian and one meat-based soup.

The pet supply shop and cafe owner said attending the fundraiser is a natural part of his mission to help animals.

“We have a rotation of pet rescue groups that come to the store on a regular basis and Heart of Niagara is one of those,” Bell said.

D&M Confections of North Tonawanda is a bakery introducing itself to the Niagara region at the fundraiser. The four-year old cupcake company operated by David and Mark Gallagher will be offering its mini-cupcakes at the tasting event.

Mark Gallagher said his specialty cake business has been doing well at the Farmers Market in North Tonawanda the past few summers, but that he and his partner David Gallagher are looking to expand their customer base by participating in the event.

Mark, a professional cake decorator since he was 12, is also considering bringing one of his favorite cupcakes, the Elvis Presley, a blend of peanut butter, bananas and crispy bacon, with vanilla.

There will be 30 vendors at the event, which will also include a basket auction with prizes such as a signed Jim Kelly Buffalo Bills jersey and other signed sports memorabilia. Other prizes include tickets to area tourism destinations such as the Albright Knox Art Galley, Martin’s Fantasy Island and the Corning Museum of Glass and overnight stays at the Barton Hill Hotel and Spa and a Moondance Summer Cruise for 40 people.

The Taste of the Niagara Region is the biggest fundraiser of the year for the animal rescue agency, van Harssel said.

The rescue group has adopted out more than 260 animals to date throughout the region and can be reached through its Facebook page, which has almost 2,700 followers. The organization relies solely on the generosity of animal lovers, who also participate in the rescuing, fostering and adoption efforts undertaken by the group, she said.  Last year’s event raised about $10,000 for the rescue group and there are plans being developed for a building to house the organization and the rescued animals as they are cared for and placed for adoption.

Saturday’s event will be an opportunity for animal lovers to have a great lunch for the price of a $20 ticket and help Heart of Niagara at the same time, van Harssel said.

McClendon has already thrown down the gauntlet and plans to be working hard to win this year’s Taste of the Niagara Region.

“We’re going to defend our title at all costs,” McClendon said.

• WHAT: Taste of the Niagara Region

• WHAT: Food tastings of more than 30 restaurants to benefit “Heart of Niagara,” an animal rescue non-profit, and basket auction with more than $1,000 in prizes

• WHERE: The Conference and Event Center of Niagara, 101 Old Falls St., Niagara Falls

• FOR MORE INFORMATION: Tickets are $20 per person. For more information, visit www.heartofniagara.org or call 345-7129.