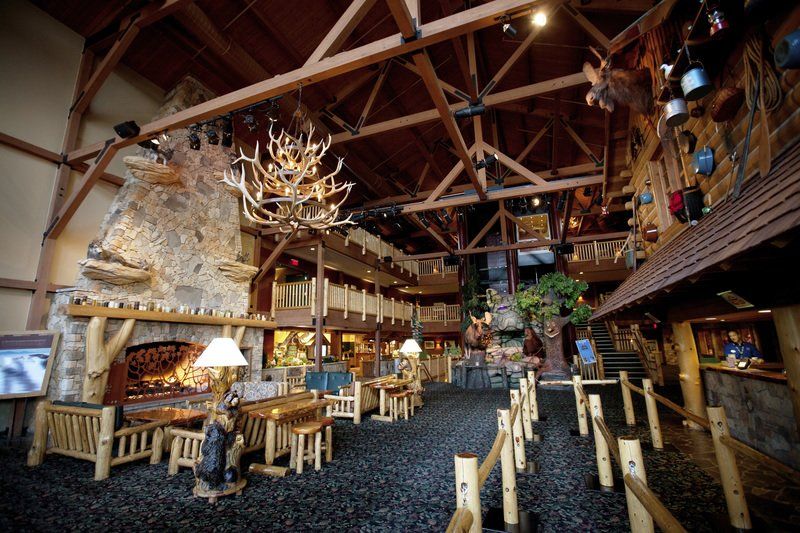 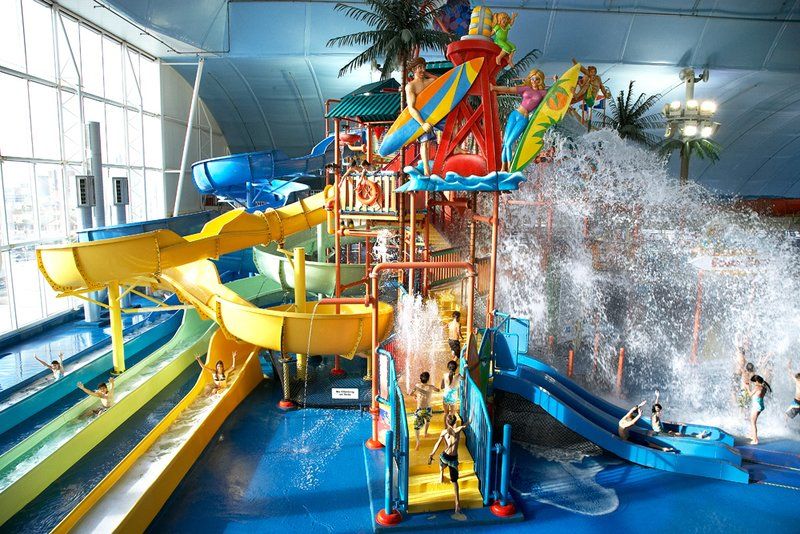 Courtesy of Canadian Niagara HotelsA portion of the Fallsview Indoor Waterpark in Niagara Falls, Ontario, is shown, including slides and a tipping bucket. 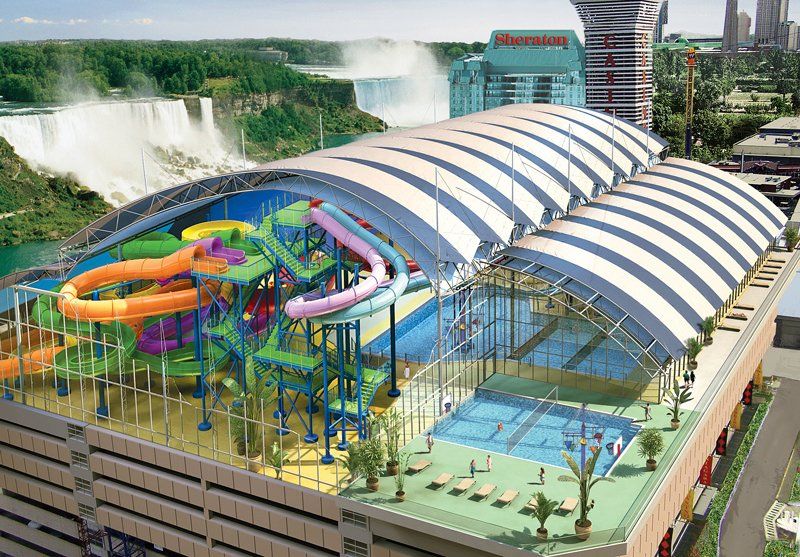 Courtesy of Canadian Niagara HotelsThe exterior of the Fallsview Indoor Waterpark in Niagara Falls, Ontario, is shown. The complex perches above Falls Avenue. 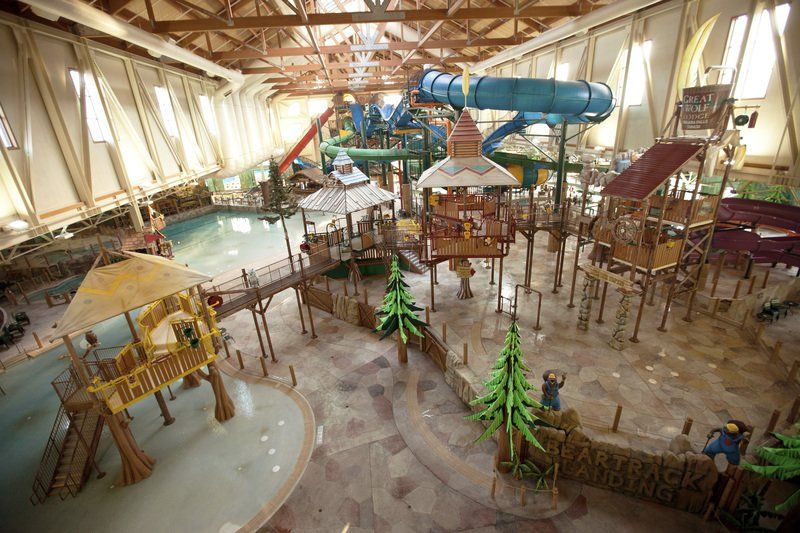 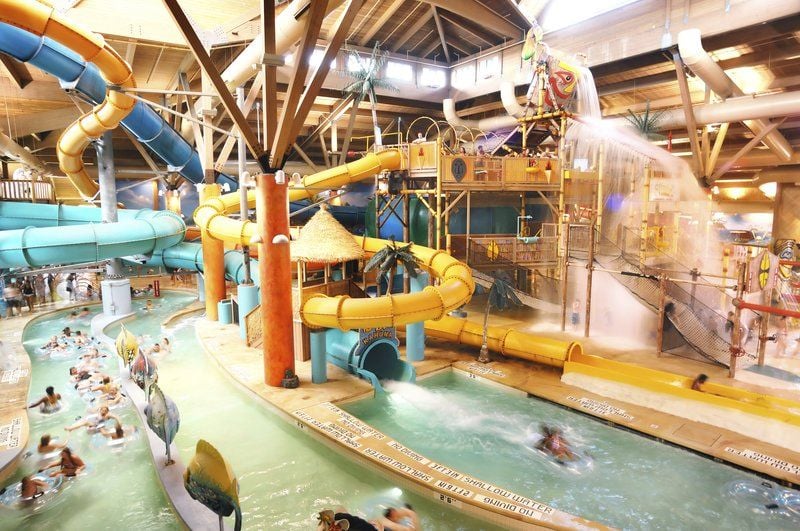 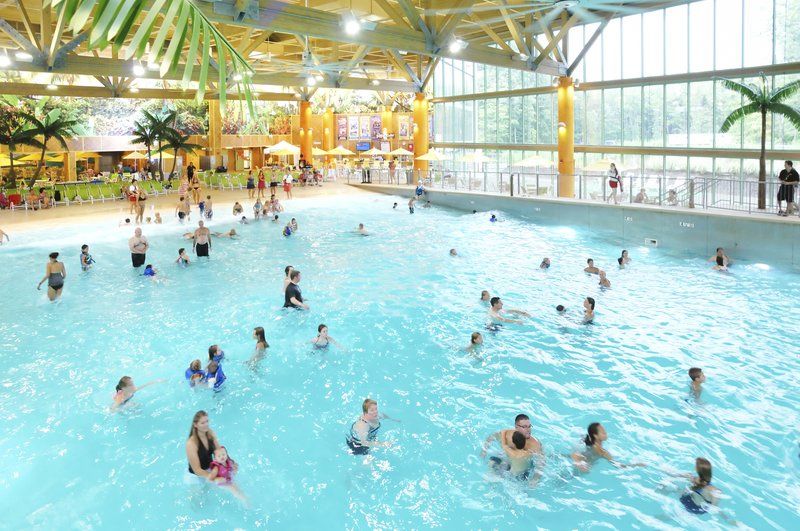 Courtesy of Canadian Niagara HotelsA portion of the Fallsview Indoor Waterpark in Niagara Falls, Ontario, is shown, including slides and a tipping bucket.

Courtesy of Canadian Niagara HotelsThe exterior of the Fallsview Indoor Waterpark in Niagara Falls, Ontario, is shown. The complex perches above Falls Avenue.

As Western New York weather starts trending toward the chilly, and the hours of sunlight get shorter and shorter, the puzzle of what to do with squirrelly small children over the long months of winter looms large in the minds of many parents.

And let’s be honest: Many adults would like a warm place to relax that doesn’t involve pricey airfare, as well.

So, it’s no surprise that a number of indoor waterparks (with temperatures generally kept in the 80-degree range) have popped up in the region in the past 10 years or so. In fact, in August, plans for a new “Wonder Falls” indoor waterpark and hotel complex were announced for the former Rainbow Mall in Niagara Falls.

At this point, Wonder Falls is still just a concept that could be years in the making -- but there are five indoor waterparks already up and running within a two-hour or so drive. Three of the closest are actually in another country (an interesting aspect of life in Western New York), one is in Genesee County and the fifth is out of state. But while you’re waiting for Wonder Falls, here are some options for indoor water fun within easy driving distance of our region.

This waterpark, perched on the top of several hotels on Falls Avenue in Niagara Falls, Ontario, is actually visible from the New York side of the Rainbow Bridge. It boasts three acres, including 16 slides, a wave pool, a “Tiny Tot” splash area, 1,000-gallon tipping bucket, Beach House play area and an adults-only Jacuzzi tub.

The park is connected to three hotels — Sheraton On The Falls, the Crowne Plaza Niagara Falls - Fallsview and the Skyline Inn — and offers hotel-stay packages with them, but day passes are available as well. (At least, if the park has not reached capacity.)

What’s unique: The location. Not only is the park on Falls Avenue (with the Hard Rock Cafe, Casino Niagara, Hershey Chocolate World and more) and close to Clifton Hill and all the tourist traps (I mean, attractions) there, but it’s just an estimated 12-minute walk to Queen Victoria Park and its view of the actual falls. Now, that’s a water feature.

This complex, which is a few minutes drive from downtown Niagara Falls, Ontario, on Victoria Avenue, operates a bit differently than many other indoor waterparks — it’s all one big building. The park does not sell day passes; the only way to visit it is to book a suite at the hotel. It’s also part of a chain.

The waterpark contains a variety of waterslides (including a “water roller-coaster”), area for small children, Fort Mackenzie interactive tree house, two whirlpools (one for families, one for adults only), a wave pool, “lazy” river and feature pools. In addition, the lodge offers a Cub Club for kids, MagiQuest interactive game, an arcade, spa and kids spa, family bowling alley and other activities such as a daily story hour.

What’s unique: The resort promotes its “Open Aire” concept, with the glass structure providing natural light for an outdoor feel. The park also has a retractable roof for warmer days.

This waterpark, the newest of the parks closest to the Niagara Region, opened in 2011 in Batavia in neighboring Genesee County. It’s connected directly to a Clarion Hotel.

What’s unique: The park is smaller than others, but for those with small children, this may be a good thing.

A little further afield in Erie, Pa., is this waterpark, which is connected not only to three hotels (Holiday Inn Express & Suites, Residence Inn by Marriott and Comfort Inn & Suites), but has shuttle service to three others (EconoLodge, Days Inn, Courtyard by Marriott and Hilton Garden Inn).

It includes a wave pool, Tiki Tree House (with tipping bucket), a number of slides, an activity pool, children’s area, lazy river and three whirlpools (two for families, one for adults only). There’s also Lazer Tag, the Tree Tops ropes course and an arcade. Day passes are sold on a day-to-day basis.

What’s unique: At 97,7000 square feet, this is the biggest waterpark in this list — and it has many options for lodging.