Voters make their way through Wilson Fire Hall on Tuesday. 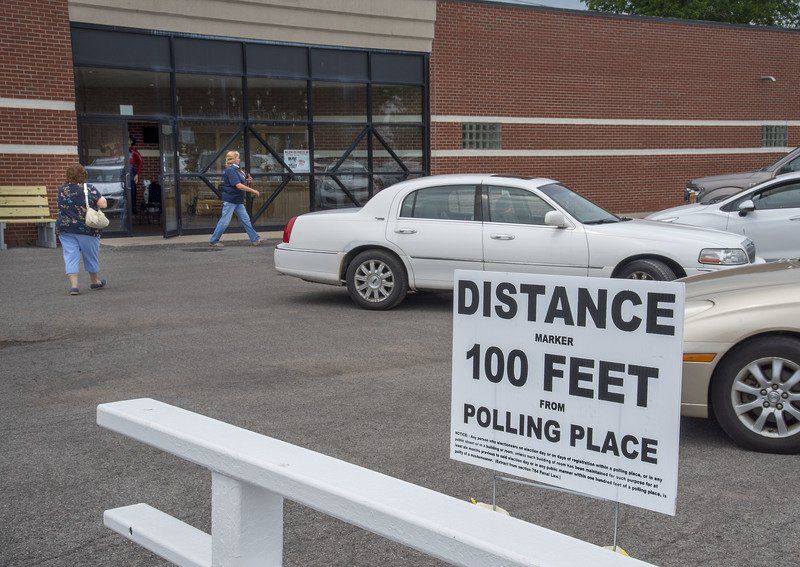 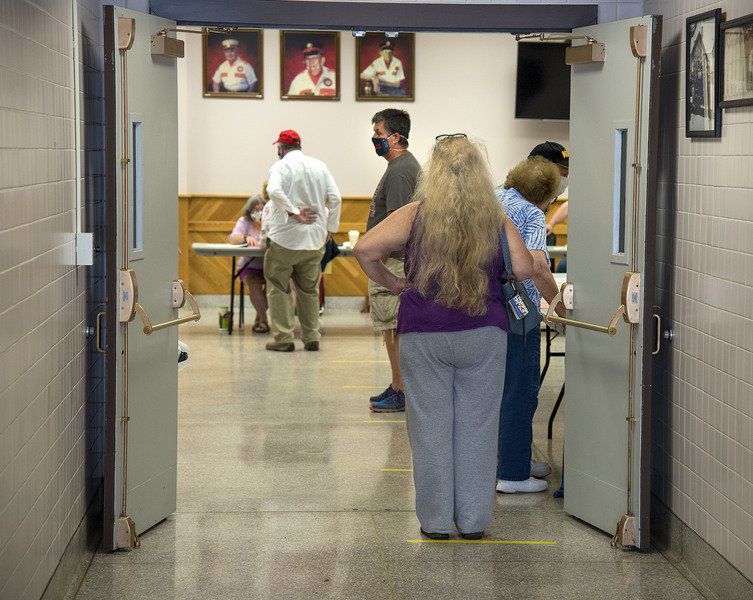 Voters practice social distancing as they wait their turn at the Wilson Fire Hall. With coronavirus concerns playing a role, nearly 15,000 absentee ballots were requested by Niagara County voters for Tuesday's election.

Voters make their way through Wilson Fire Hall on Tuesday.

Voters practice social distancing as they wait their turn at the Wilson Fire Hall. With coronavirus concerns playing a role, nearly 15,000 absentee ballots were requested by Niagara County voters for Tuesday's election.

LOCKPORT — The counting began Tuesday night but no one's really sure when it will end.

With New York state allowing anyone to vote by absentee ballot rather than risk getting exposed to the coronavirus at a polling location, the process of collecting and counting votes will be far different this year.

Niagara County Republican Elections Commissioner Jennifer Sandonato said it could be weeks until county election workers finish going through the results after nearly 15,000 absentee ballots were requested by county voters.

Across the state, about 1.8 million people requested absentee ballots by mid-June and have until Tuesday to postmark them, according to elections officials.

"The earliest we can even start opening absentees is not going to be until July 1, and that is at the very earliest," Sandonato said. "So, I mean its probably going to be weeks until we have everything tallied for all of these elections."

Voting locations across the state were open, but upstate there were about 3,000 fewer precincts than in a normal year due to the difficulties of maintaining social distancing and expectations that more people will vote by mail.

Erie County election officials said it had 15 fewer polling locations than in the previous election.

Local races were highlighted by New York's 27th Congressional District which has been without a representative since September when former Congressman Chris Collins resigned from the seat before pleading guilty to insider trading charges.

Sandonato said Tuesday that Niagara County had sent out 14,973 requested absentee ballots in the special election and that she had received 9,284 so far.

Earlier in the evening, McMurray said every votes needs to be counted and it's okay to wait.

"I've been running for office for a long time, another week is not going to kill me. We have to make sure every single vote is counted that's the key," McMurray said.

McMurray added he is proud of the work his campaign team did.

At the same time, Republican voters were asked to vote in a primary, choosing a candidate to face McMurray in a November general election between Jacobs, Erie County Comptroller Stefan Mychjliw and family law attorney Beth Parlato.

"We said it was important to let voters decide, and they have," he said in a release. "While not victorious, I’m proud of the race we ran. We stayed above the fray, and ran a positive campaign on the issues."

For the Republican primary in New York's 27th Congressional District, there were 5,105 absentee ballots sent and 2,935 had been received back.

John Conklin, the director of public information for the state board of elections, said that the state's election laws requires a certified copy of the results be transmitted 25 days after a special election to the state board.

"Given the high number of absentee ballot involved that may or may not happen. If a judge gets involved in supervising the count it is unlikely," Conklin added.

Last week, the Lockport City School District had to delay announcing of its absentee ballot only election because of the time it took to count every ballot by hand. Sandonato said that will not be a similar situation for this election as the Niagara County Board of Elections has a machine to scan through the absentee ballots.

"We have an absentee scanner that we can put them all through, and it goes at a faster pace than a machine would take a ballot. I mean you still have to obviously slice all these thousands of ballots so that's going to be time consuming. Take them all out. Straighten them all out," she said. "We don't have to hand count them, but it's still a process thats going to take quite some time."

Watching the polling results in the sheriff's, judicial races