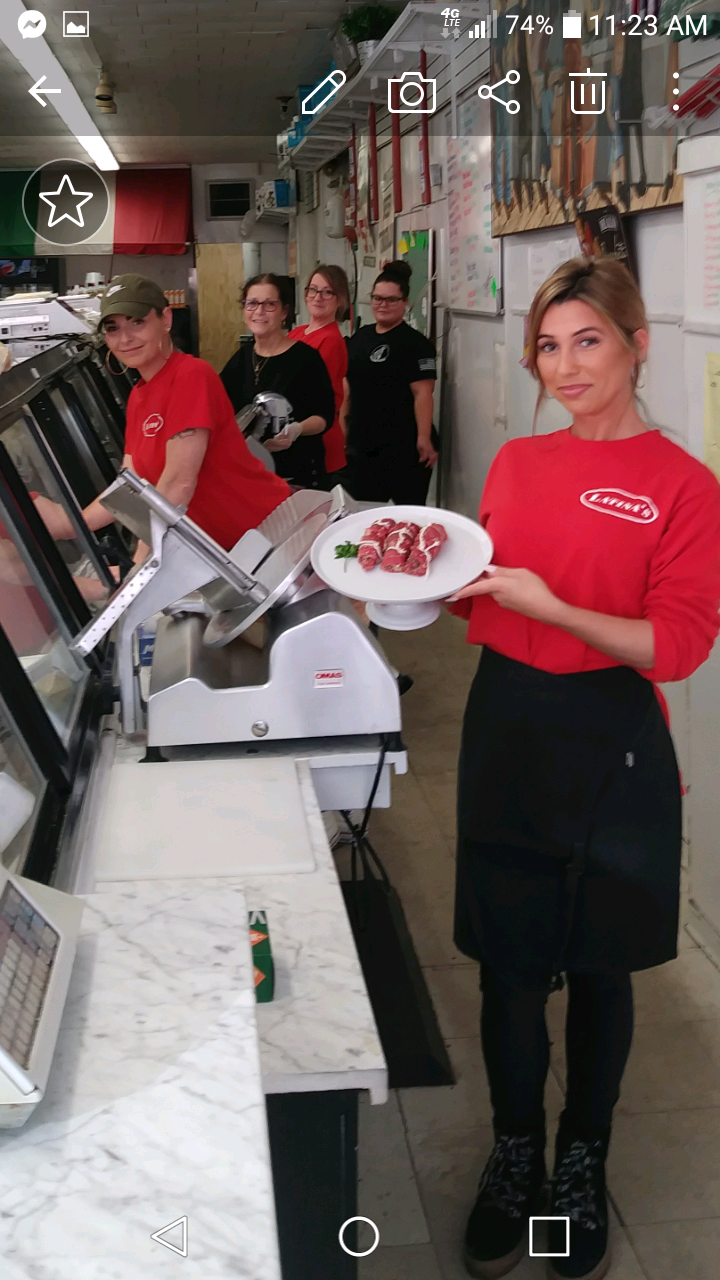 Courtney Marrazo holds the finished bracciole which some of the staff of Latina's looks on.

Courtney Marrazo holds the finished bracciole which some of the staff of Latina's looks on.

It’s a good bet that Courtney Marrazo would have made her grandmother proud one recent day at Latina’s in Niagara Falls.

As she demonstrated how her grandmother told her to make the little bundles of thinly sliced stuffed meat, the staff behind the counter who were weighing and packaging deli items for customers, laughed and nodded in agreement when she joked that, “even though this is my grandmother's recipe, all Italian woman leave something out.”

Marazzo, whose father owns the store, began working at Latina’s in 2006 and her presence there was initially a punishment for misbehaving. She says “I went to work one day and I never left after that.”

“I’m comfortable here. We have no turnover,” she added. “I love the people I get to work with every day.”

Mike Cimino, store manager since 1993 and head butcher since 2012, thinly sliced the top round steak fresh so Courtney could assemble the bracciole.

As she worked, Courtney said that all families make bracciole differently and tweak the recipe to their own liking. Just then, as if on cue, her uncle, Ernie Lucantonio, walked into the store and watched for a few moments as she made the bracciole. When asked, he said that his recipe for bracciole includes hard boiled egg and pepperoni slices stuffed inside the rolls of meat.

Marazzo recalls childhood memories of bracciole being made exclusively for holidays because, “it is very time consuming.” However, she said that all of her family members fight over them because the bracciole are so delicious.

Courtney’s recipe from her grandmother is below.

Lay out the single pieces of the steak and rub on both sides with salt, pepper and garlic powder. Mix about a half of a cup of the Romano cheese with about a cup of the bread crumbs and add just a little bit of water to moisten it so that it will stick together. Line one side of the bracciole with the breadcrumbs and cheese mixture in a nice, even layer. Next add the thinly-sliced onion on top. Rip up the bacon into bite-sized pieces and sprinkle over onion. Now begin to roll up each piece of bracciole and tie each end closed with a piece of twine. Then cook the bracciole in homemade tomato sauce in a pot all day, the longer the better.