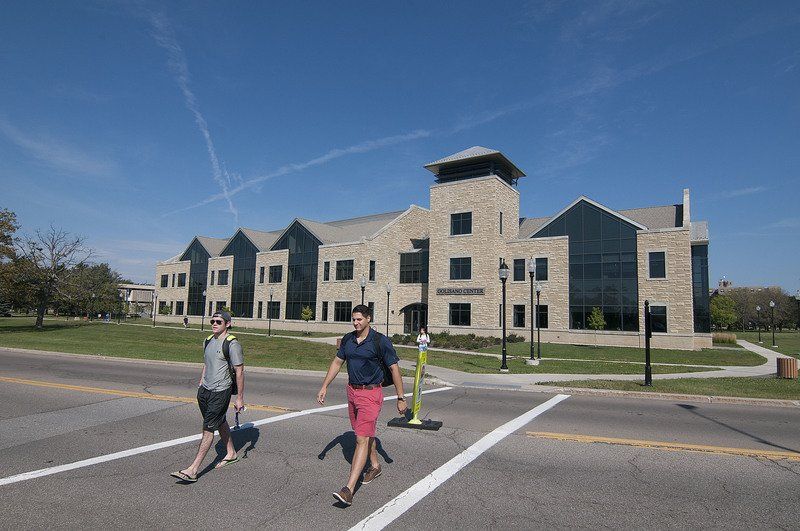 photos by James Neiss/staff photographerThe recent addition of the B. Thomas Golisano Center for Integrated Sciences in 2013 has introduced more opportunities for undergraduate research at Niagara University. 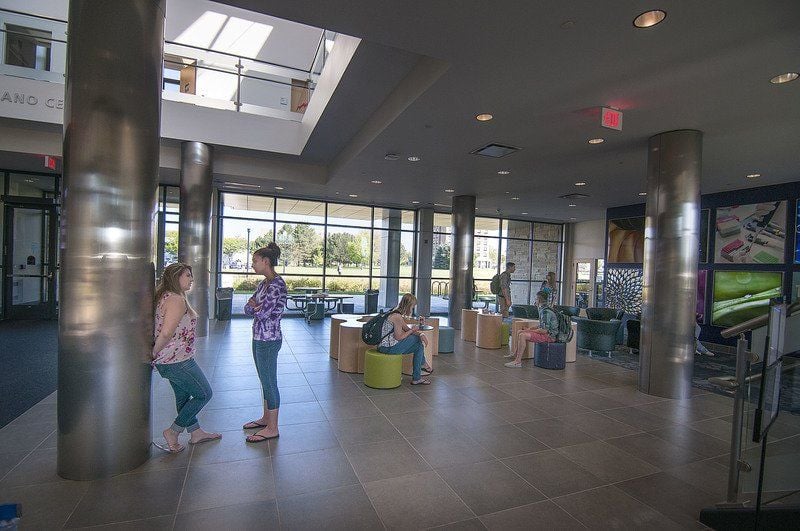 James Neiss/staff photographerStudents gather in the foyer of the Golisano Center. NU is looking to expand its undergraduate opportunities to include environmental science and public health programs soon. 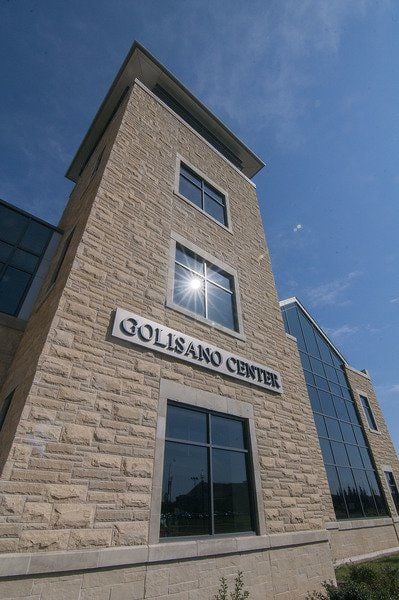 Niagara University’s Golisano Center was a long time coming, according to school officials. The push for a new facility began back in the ‘80s.

photos by James Neiss/staff photographerThe recent addition of the B. Thomas Golisano Center for Integrated Sciences in 2013 has introduced more opportunities for undergraduate research at Niagara University.

James Neiss/staff photographerStudents gather in the foyer of the Golisano Center. NU is looking to expand its undergraduate opportunities to include environmental science and public health programs soon.

Niagara University’s Golisano Center was a long time coming, according to school officials. The push for a new facility began back in the ‘80s.

Dr. Luis Sanchez and Dr. Robyn Goacher took a group of 10 undergraduate Niagara University students to the 250th American Chemical Society National Meeting & Exposition in August. The students presented their own research at the international conference and left quite an impression on other chemists, according to Sanchez and Dr. Mary McCourt.

The professors said that some of their students were being offered post-doctoral work by chemists who mistook these sophomore students for doctoral candidates based on their research.

The recent addition of the B. Thomas Golisano Center for Integrated Sciences in 2013 has introduced more opportunities for undergraduate research at Niagara University than ever before. According to Dr. Robert Greene, chair for the biology department, these opportunities give undergraduate students a leg up when applying for graduate school because they already have some graduate-level experience under their belt beginning in their sophomore year at NU.

The center’s layout is much different from that of the old science building, DePaul Hall. A new focus on research and collaboration was poured into the design of the new building.

“Reflective of that new pedagogy, interdisciplinary became one of our operative words and the building took shape,” Greene said. “We think it’s working out pretty good. There is a lot more student interaction and collaboration, faculty are collaborating, so undergraduate research here has a real validity to it.”

Faculty members are drawn to these research opportunities, as well. Sanchez applied for his current position a few years ago and was set to begin when the new building opened. He said the decision was easy; the research component of his position at NU as well as the technology and equipment available to the NU chemistry community blew him away.

“This is totally uncommon,” Sanchez said. “Normally, in a school that is 3,000 students like Niagara University, you go and teach and that’s it; opportunities for research are limited.” He rattled off a list of instruments available to him and his students that to anyone else, he said, wouldn’t necessarily mean much: NMR, LC-MS, GC-MS, TGA, DSC, etc. But he stressed that these tools allow him and his colleagues to conduct productive and advanced research in addition to training their students in chemistry.

“The world doesn’t need you to memorize the periodic table, you can find it on Wikipedia,” he said. “In education in general, that’s a problem with science education.” Sanchez the fixation on getting good grades by memorizing facts wasn’t helpful.

“That is not science. You need students to learn the problems that we have in the world and what are the approaches to solve them and what people have done in the past, when they are young. And that’s what we do here. My students that are working right now are students taking organic chemistry, but at the same time they are learning real research on organic chemistry.”

This new facility is certainly shaping the future of science at NU. This isn’t the first time the sciences have made an impact on the university, according to Greene. He said the culture shifted when the teaching load went from four to three classes in the late ‘80s.

“When the teaching load went down, the research expectations went up, not just for the sciences, but really for the whole university,” he said. “And so the character of Niagara really changed in association with doing active, contemporary research because you just can’t get it all out of a book. You’ve got to have your hands in it and be reading the literature and going to the meetings. The university has been very good at providing budgets for that and basic funding for the research.”

The new home for scientists at NU was a long time coming, Greene said. The push for a new facility began back in the ‘80s and was put away a few times because it wasn’t yet plausible.

“The dean used to call it a ‘Sputnik building,’ ” Greene said of the DePaul builing. “It was reflective of its time. It served us well, but it became just not a good science building anymore.” He said too many things needed to be fixed in order for it to function as a leading facility for research, like they wanted. “All the time, DePaul was getting older and it became really clear that we had dynamic faculty, we had the state-of-the-art Genesis grant ... we had some outside funding from NIH and NSF and so we had the people, we had the instruments and the funding, all we needed was a building.”

In 2008 they found the remainder of the funding they needed through Golisano’s philanthropy.

They moved over to the new building in 2013 and are beginning to feel settled in now, Greene said. The college is looking to expand its undergraduate opportunities to include environmental science and public health programs soon.

“We get internal validation and support from our university and then we’ve had a bunch of outside validation,” he said. Professors have eared outside grants to continue their research which Greene said “really has told us that we’re doing something that’s valuable. And that’s the whole idea of science, to contribute to the betterment of the human condition. That in and of itself is motivation to do the best that we can.”