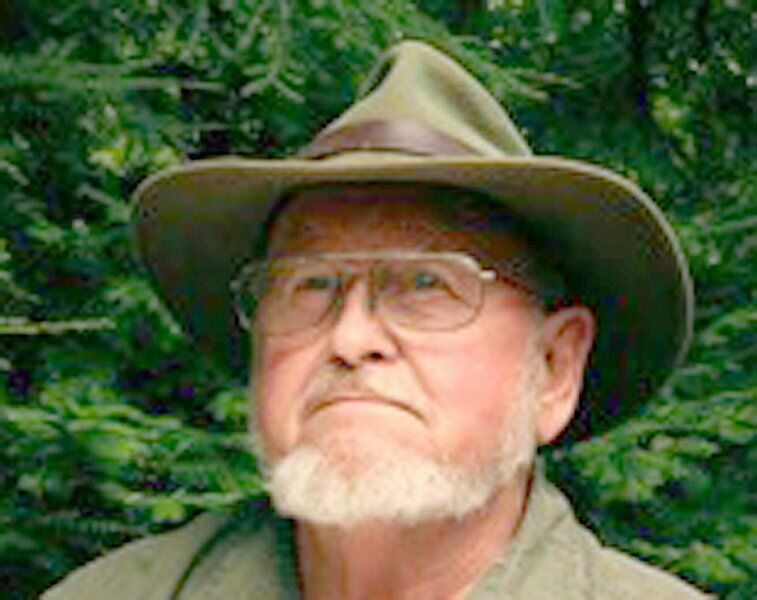 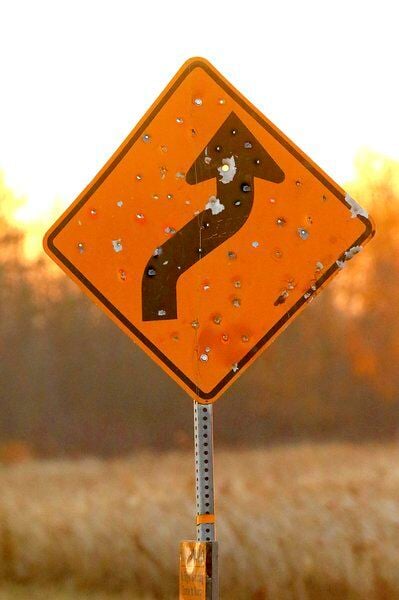 When it comes to identifying the dangers that exist at the shooting ranges on the Owens-Bartle Road at the Tonawanda Wildlife Management Area, this sign says it all.

When it comes to identifying the dangers that exist at the shooting ranges on the Owens-Bartle Road at the Tonawanda Wildlife Management Area, this sign says it all.

Well, it’s been a great fall with terrific foliage and lots of wildlife activities. I have tried my best to wear out my camera but it just keeps going like the Energizer Bunny. Now I have a large backlog of photographs to process but this is almost as pleasing to me as taking the photos.

Today I was working on that backlog and ran into the series in which a beautiful rooster pheasant posed for me just down the road from my house. He allowed me to get many head shots in great lighting. His beauty reminded me of the days when rooster pheasants were plentiful and Dad and I hunted them a lot. Big farming has really been the cause of their loss as a common bird; farms provide food, yes, but no cover for nesting or protection from predators.

Processing the pheasant photos reminded me of a day a few weeks ago when I tagged along with state Department of Environmental Conservation personnel releasing pheasants. During the hunting season, birds raised at the DEC game farm in Ithaca are taken to various public areas across the state and released for hunting. Hunters are not allowed to hunt on the days the birds are released (two days a week); that way the birds can get adjusted to their new habitat and disperse.

Locally, rooster pheasants are brought to the White Game Farm on Route 77 and DEC personnel release them in various areas on the farm as well as the Tonawanda and Oak Orchard Wildlife Management areas.

My concern was, how could these guys go after those just released, confused and stressed birds before they got a chance to disperse and adjust? Where is the ethics? That group of “hunters” surely do not represent the ethics of the average hunter by any means. My feeling, and that of many others, is those “hunters” ought to just be given a few birds so they can wring their necks and don’t have to go to the trouble of actually hunting them! Where is the respect due these wonderful game birds that were once the King of Game Birds? If you are as concerned about this as I am, the thing to do is contact the DEC office at Avon and express your thoughts.

Another concern of mine is an old one: The shooting ranges on the Owens-Bartel Road at the Tonawanda Wildlife Management Area. These backstops and ranges were originally built so folks who wanted to target shoot could safely do so here instead of other parts of the WMA where they could possibly endanger other users. These are not shooting ranges that are often seen at sportsman’s clubs and the like. There are no shooting benches or targets, and nobody’s in charge; users have to provide their own targets.

So now that we have the internet, the word has gotten out and all kinds of folks (most not local) are showing up to shoot. When I travel this road (which is not often) I’m shocked by the things I see.

First, it is quite obvious that many of the shooters have no clue about the proper way to shoot or about safety.

Second, they bring all kinds of trash — bottles, garbage cans, old coolers, wooden pallets, plastic jugs, cardboard boxes, etc. — to use as targets and that trash is mostly left behind when they’re done.

Third, most of the time, many target shooters do not get their vehicles off the road, which makes it difficult for folks driving through the area.

Fourth, their “wild shots” have caused serious damage to the power lines behind this area, never mind a serious danger to anyone who accidentally wanders back there.

Fifth, they have all the signs around the ranges shot up, as well as the road signs near the ranges. One road sign indicating a curve ahead is full of rifle holes. Because of the woods, the guys shooting at this sign have no idea whether there is a vehicle coming down the road on that curve. It is a wonder nobody has been shot.

There have been efforts to shut down these ranges but so far nothing has happened. The principle behind the original set-up of the ranges is good, but many of us think there needs to be more policing of them, with tickets and fines handed out and the offenders’ names made public (that’s another concern for another day). If tickets were just given for littering and on-road parking that would be a big help. This place is a real eyesore, unsafe, and it gives good sportsmen a bad name.