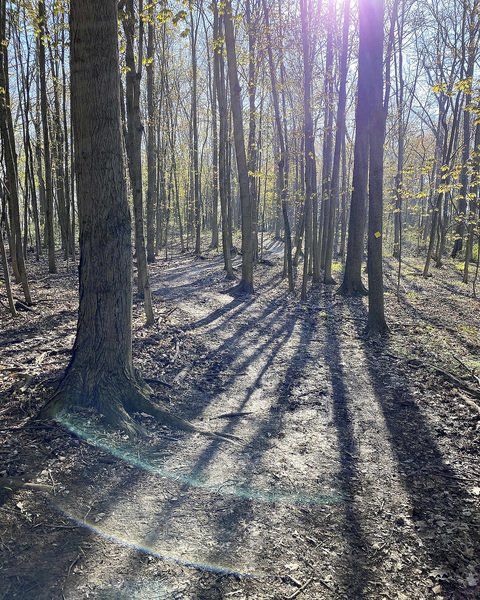 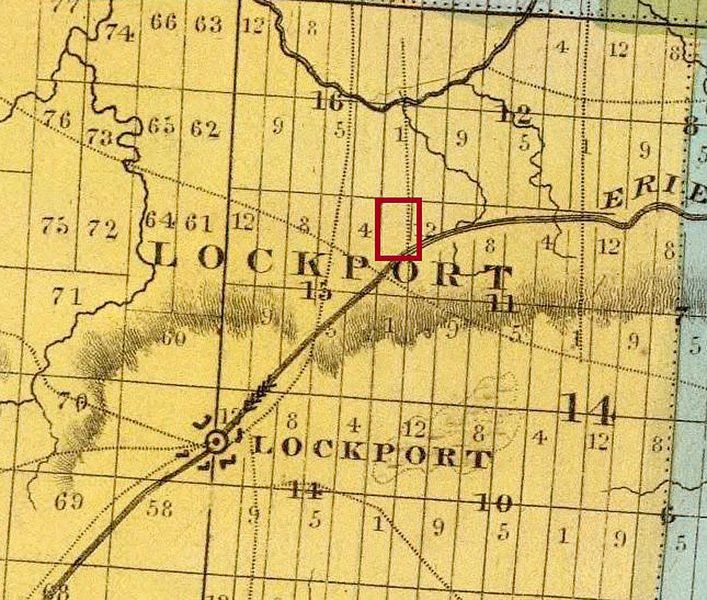 FROM THE DAVID RUMSEY MAP COLLECTION AT STANFORD UNIVERSITY1829 Map of the County of Niagara by David H. Burr. The red box indicates the approximate location of Lytle Nature Preserve. Note the stagecoach trail at the eastern boundary of the property. 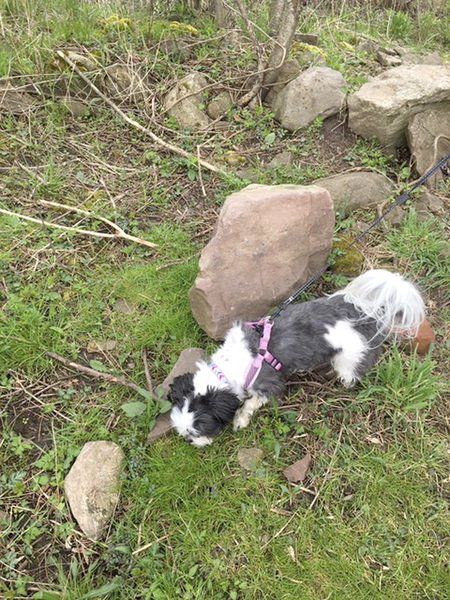 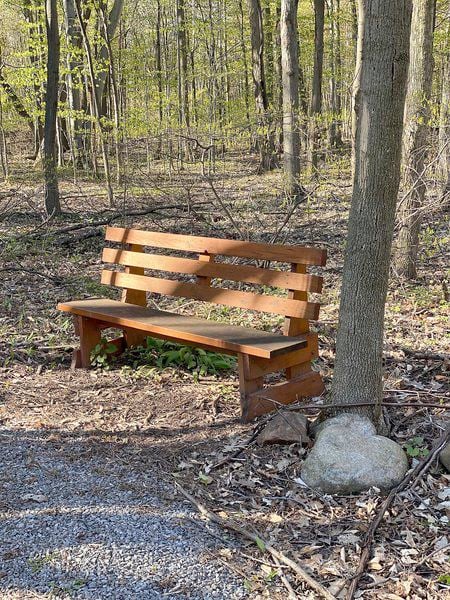 JEAN LINN / CONTRIBUTORThere are benches to rest while enjoying the views in Lytle Nature Preserve. 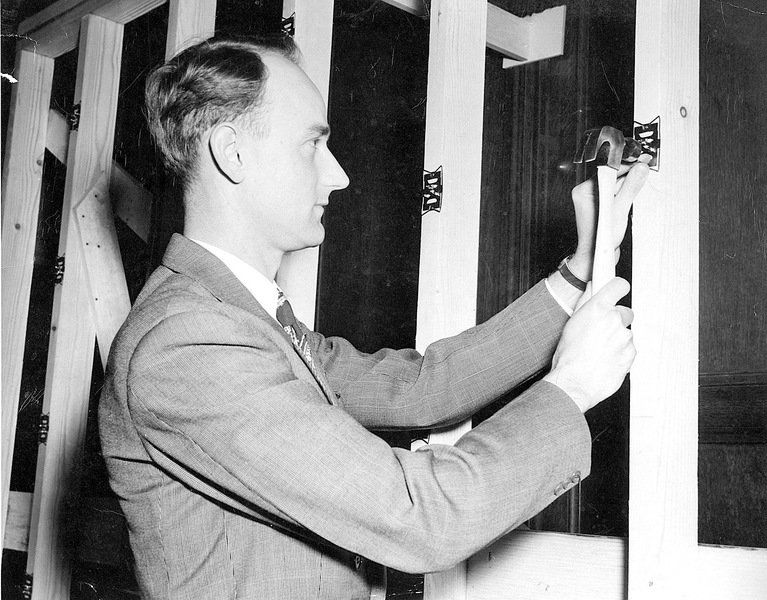 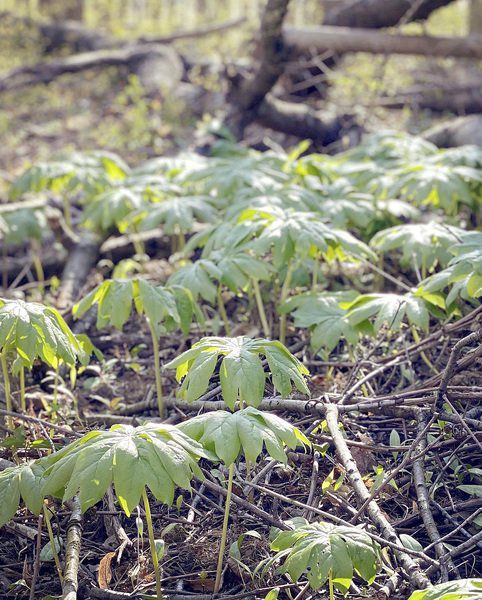 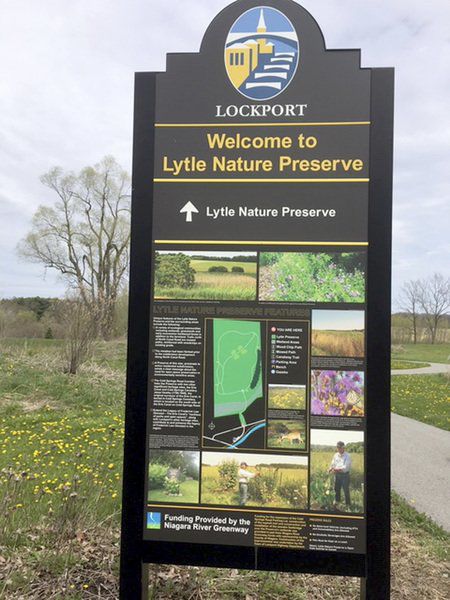 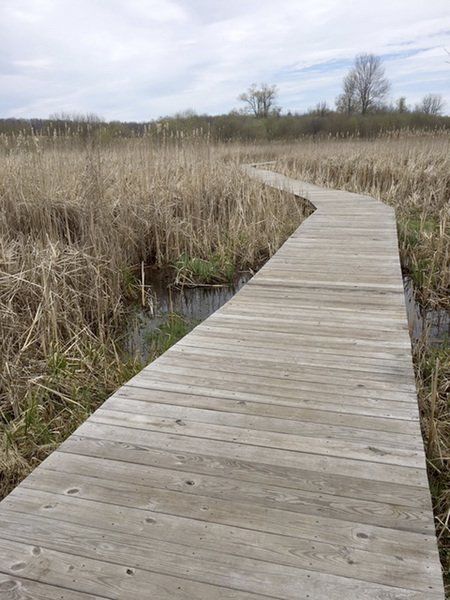 FROM THE DAVID RUMSEY MAP COLLECTION AT STANFORD UNIVERSITY1829 Map of the County of Niagara by David H. Burr. The red box indicates the approximate location of Lytle Nature Preserve. Note the stagecoach trail at the eastern boundary of the property.

JEAN LINN / CONTRIBUTORThere are benches to rest while enjoying the views in Lytle Nature Preserve.

On a nice day, those looking for an outdoor experience in the time of social distancing and sheltering at home can find some of the parks and trails a little too crowded. The Lockport trails highlighted in this series about walkable outdoor spaces have plenty of room to move to the side and follow safety guidelines. If you are looking for more nature and less of a crowd, we have a hidden gem for you.

Just this past weekend, Jim Boles' hiking team, consisting of Jim, his wife Paige and their dog Moo-Moo, drove past several parks and nature areas looking for a place to hike. It was noontime Saturday and the parking lots were full. They then remembered a little-known trail, one that they had not yet explored. They drove to Lytle Nature Preserve, 6637 N. Canal Road, Lockport, and found only a few cars. The ample parking lot is situated at the Erie Canalway entrance below the Cold Springs Road bridge. From there, you walk across North Canal Road to the preserve.

As you look at the farmland in the town of Lockport you may think there is not much history. However, there is evidence of Native American use of Niagara County land from historical accounts and found objects. Through a succession of early settlers and farm families, even the barest field has a story.

An 1829 map created by David H. Burr shows a stagecoach trail traversing the edge of what is now Lytle Nature Preserve. This may be a route New York Governor DeWitt Clinton took when inspecting the Erie Canal in 1823. There is an early account retold in the October 28, 1954, edition of the Lockport Union-Sun & Journal, by then Niagara County Historian Clarence O. Lewis, of a stagecoach road that ran south, near the end of Wick Road from Wrights Corners, to connect with Cold Springs Road. Cold Springs Road was one of the few early trails in Western New York.

Historian Lewis mentions that Jonas Baker, a stagecoach driver, drove Governor Clinton to Lockport in 1823 in order to inspect the construction progress of the Erie Canal. “There was no direct route at that time from Wright’s to Lockport. Mr. Baker stated that he took the Salt Road (now Wick Road) from Wright’s to Cold Springs and came west on the Mountain Road to Lockport.”

It would be a great historical discovery to see if any sections of the 19th century stagecoach trail that ran through Lytle Nature Preserve could be located.

The land that is now the nature preserve changed hands quite a bit in the 19th century — from Nathan Dayton to Isaac B. Mead to Lewis Mead to Gilbert Peterson. While Peterson owned the property, it was briefly considered by the state as a site for the “Insane Asylum in the Eight Judicial District of the State,” a distinction also bestowed on the Farnworth-Hitchens Farm located on Summit Street. Despite the local land offerings, and the preference for rural settings at the time, the Lockport sites were not chosen. Instead, the asylum was built in Buffalo. Construction of the Buffalo State Asylum for the Insane began in 1872.

Another owner of the preserve property was Charles Peterson, mayor of the city of Lockport from 1896 through 1897.

The Independent Order of Oddfellows (IOOF) purchased the land in 1943 to be used as part of their farm. The IOOF is a benevolent fraternity that helps the poor and cares for those in need. The original Lockport home, founded in 1894, was located on Lake Avenue and Old Niagara Road. The Odd Fellows home and farm was for aged members and their wives, widows and orphans. The main house opened in 1894 and was known as Wood Lawn. The large farm was important because it provided most of the food needed by the home and proceeds from the farm were the primary source of revenue. All residents had a job, no matter how small, contributing to the functioning of the home.

William F. Lytle, better known as Bill, purchased the property from the Oddfellows home in 1977. Bill and his wife Celeste owned Ridgewood Lumber in Wrights Corners. They originally thought the land would be good for raising beef cattle. Instead, the Lytles developed some of the property by creating the Walnut Acres subdivision.

While Bill was visiting his daughter in the Milwaukee, Wisconsin area, they explored the Retzer Nature Center. The center was originally John and Florence Retzer’s home. Mrs. Retzer donated her property to the county to create a park and allow her beloved land to be enjoyed by the public. Bill was inspired by this gesture and the resulting nature preserve.

In 2008, Bill and Celeste Lytle donated their land on North Canal Road to the town along with a conservation easement through the Western New York Land Conservancy.

In preparation, Bill planted native grasses such as big bluestem, Indian grass and switchgrass to create meadows. To properly maintain the grassland, one-third of the meadow is mowed, baled and removed every year to mimic natural processes such as grazing. In case you were wondering what those tall white posts are for, they mark the meadow into thirds.

The town’s park ranger, Ken Horvath, assisted Bill with native plantings and has continued the work. Ken is a dedicated steward of the parks. At Lytle Nature Preserve, he mapped out and cleared many of the trails. He regularly performs trail maintenance such as making sure paths are clear of fallen trees and branches, removing discarded trash, filling in low, muddy spots with stone, and completing any necessary repairs.

Please remember these lands are for all of us to enjoy; anything you bring into the park, take it with you on your way out or properly dispose of it in a trash receptacle. If you see Ken working in one of the town parks, please thank him for looking after our public lands.

When visiting the nature preserve, a display at the start of the trail offers a map outlining the paths. On the map, the trail looks like it goes through a field and then into woods, but there is much more. You start out on an elevated boardwalk which courses through a low area, with swamp creatures such as croaking frogs, a chorus of spring peepers and turtles surrounding you. There are many species of birds including bluebirds, red-winged blackbirds and bobolinks. Bobolinks are attracted to grasslands; they are one of the longest migrating birds, flying here from southern South America each year. Ducks and geese are also common residents. A tributary of Eighteen Mile Creek flows through the nature trail and feeds the wetland area of the preserve. Soon the wildflowers will begin blooming.

The marked trail through the woods forms a loop with the entire route, approximately 2 miles as you return to the trailhead and entrance sign. The nature preserve in total is 111 acres. There is a less-defined trail to the west of the property near the tree line; it has numerous deer trails. This side of the park is behind the Niagara County Fairgrounds.

The Town of Lockport offers miles of trails available to the public. The Erie Canalway Trail has several entrances in the town. One entrance, as previously mentioned, is located at North Canal Road just north of Cold Springs Road.  There are also entrances with parking lots at the corner of North Canal and Day roads, and East Canal and Robinson roads.

You can also access the Canalway Trail in the city of Lockport. There are two paths available. To access the one on the south side of the canal, park at Goehle Park, 614 Market St., and walk east. This is across from the newly opened Marvins at Widewaters, 767 Market St., which has an outdoor counter for takeout, in case you want to stop for a bite to eat after your jaunt.

Another good walking trail is located in Day Road Park, 5014 Day Road at East High Street. There is a large parking lot for added accessibility. Stay tuned for the next installment of this series when we delve into the history of this park.

Many thanks to Ken Horvath for sharing history and insight into Lytle Nature Preserve — and for his dedication in tending the town lands.

Jim Boles is a Lockport native with a keen interest in local history and cultural tourism. Contact him at jamesboles47@gmail.com. Jean Linn is Lockport's town historian, as well as archivist and librarian at Niagara County Community College. You can reach her at jlinn@elockport.com or 716-438-2159.